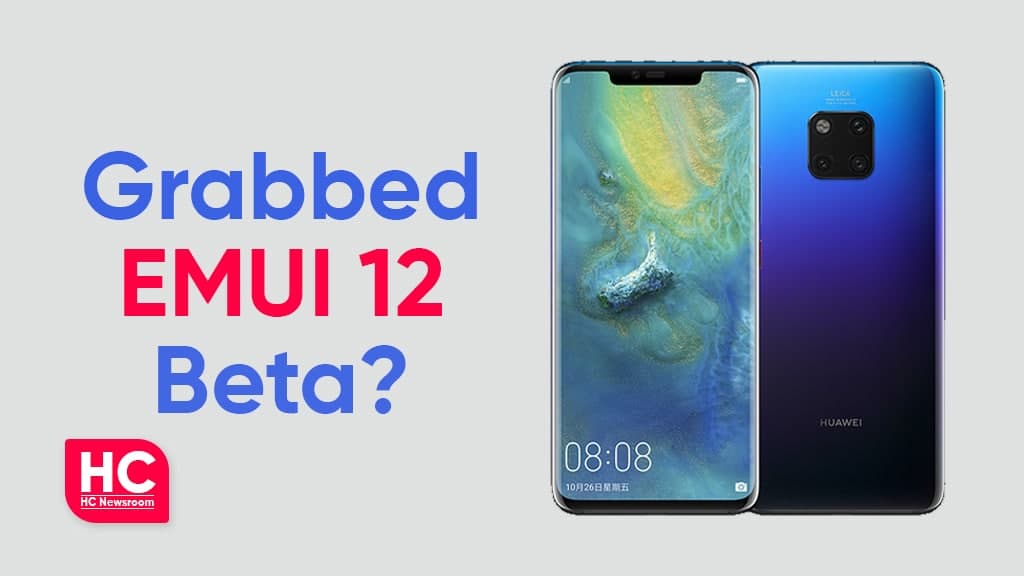 At present, Huawei EMUI 12 software is creating hype among the global consumers and each user is waiting to grab it. Currently, this opportunity is available for some smartphones including Huawei Mate 20 series through EMUI 12 beta activity in the global market.

On December 5, Huawei begins the EMUI 12 beta for its well-known old flagship – the Huawei Mate 20 series that allows the users to test the new EMUI version ahead of a stable release. In the same month, the company also started the rollout of EMUI 12 beta builds via OTA.

One thing to be mentioned, the EMUI 12 beta software update is currently available for the Huawei Mate 20 and Mate 20 Pro registered testers and corresponding smartphone owners will have to wait for the official rollout.

Talking about software history, the Huawei Mate 20 series was introduced with EMUI 9.1 software system based on Android 9. Moving with time, it upgraded over EMUI 10 and EMUI 10.1 major software versions and now working excellent with EMUI 11 in the user’s hands. More interestingly, it’s time to go for the next software version, EMUI 12.

Speaking about EMUI 12, Huawei has developed EMUI 12 with mixed capabilities of Android and HarmonyOS to provide a new user experience that has never been delivered with any EMUI version.

For your information, Huawei has also started to roll out the stable EMUI 12 for its flagship devices including the Huawei P40, Mate 40 series, and Mate 30 Pro smartphone. Also, the company will soon conclude the EMUI 12 for Mate 20 series and release a stable version.

So Huawei Mate 20 users! we are here to know that have participated in EMUI 12 beta testing program and grabbed EMUI 12 beta update on your smartphone? Please, let us know your answer on the Twitter poll linked below.