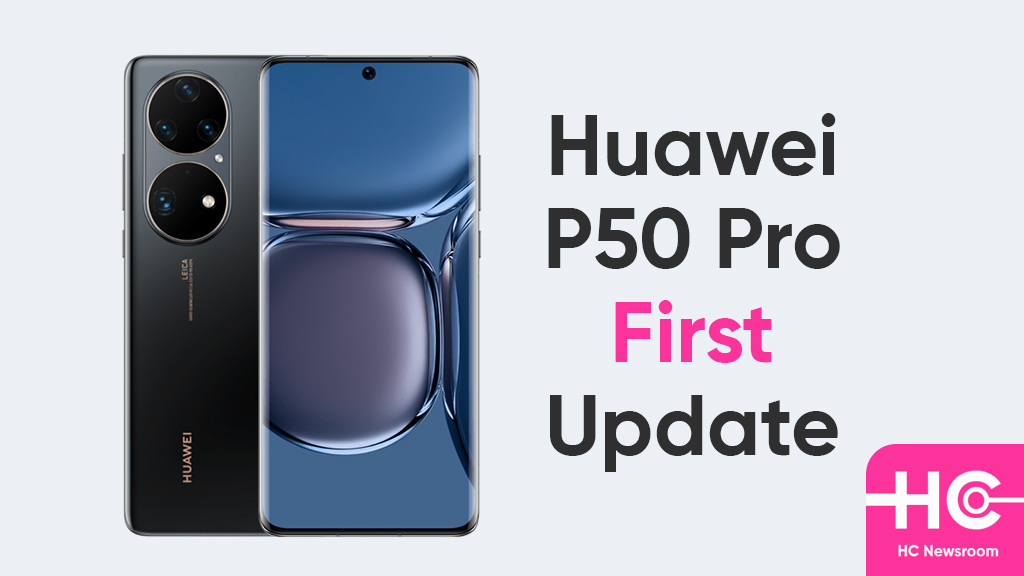 According to the changelog, the global Huawei P50 Pro EMUI 12.0.1.196 software update comes with system stability improvements in some situations to smoothly run your device in certain situations. Compared to a tiny changelog, this update has a giant size of 1 GB, which seemingly contains some fixes for the device.

That’s not it, this software update is followed by a new software patch that comes with 10MB size, no software version, and similar system improvements to smooth Huawei P50 Pro’s software performance.

For your information, the global units of the Huawei P50 Pro run EMUI 12 software, which is the latest installment of the EMUI series. On the other hand, the Chinese variants have HarmonyOS 2.0 operating system, which is designed and developed by Huawei and maintained as open source software by OpenAtom foundation.

The features of these two software are different but the user interface is nearly identical in both EMUI 12 and HarmonyOS 2.0. So, there are minimized chances that you would feel any change in user experience if you switch back and forth.

Thanks to the tipster Idargos for this wonderful tip. 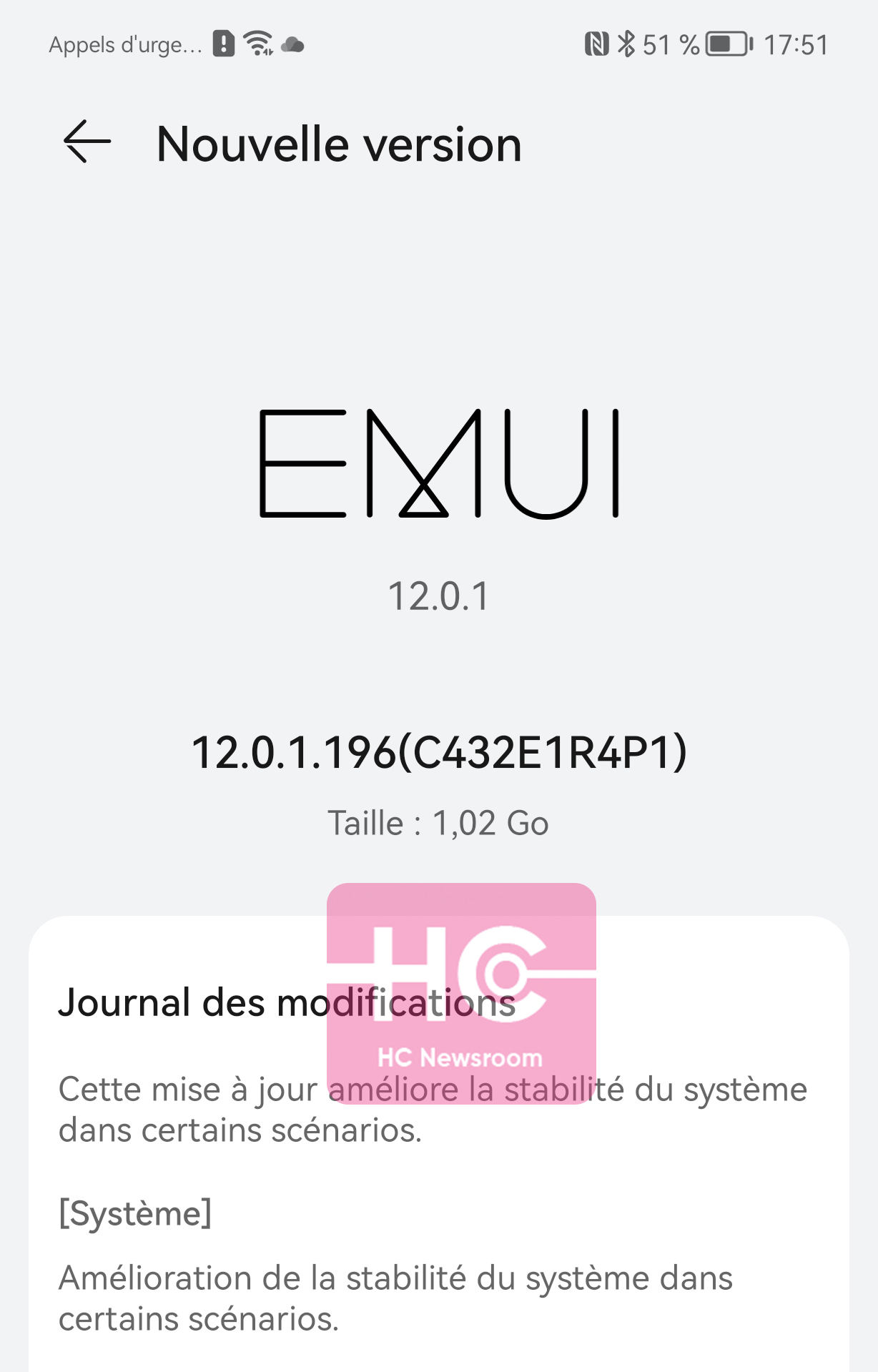 Hereafter, the screen will pop up the DOWNLOAD AND INSTALL option that you can press and initiate the download procedure.

Before you begin, make sure you make a backup of important data as it may cause

Meanwhile, the phone is powered by Qualcomm Snapdragon 888 4G chipset with octa-core architecture and Adreno 660 GPU for better graphics performance. There’s more, the global units of this phone are shipped with 8GB of RAM and 256GB of internal storage.

The camera section has a quad lens setup that includes:

The front side has a 13MP selfie camera. Now, it’s time to talk about the battery, you can see a 4360 mAh battery that could SuperCharge with a 66W charger and supports wireless charging up to 50W max. 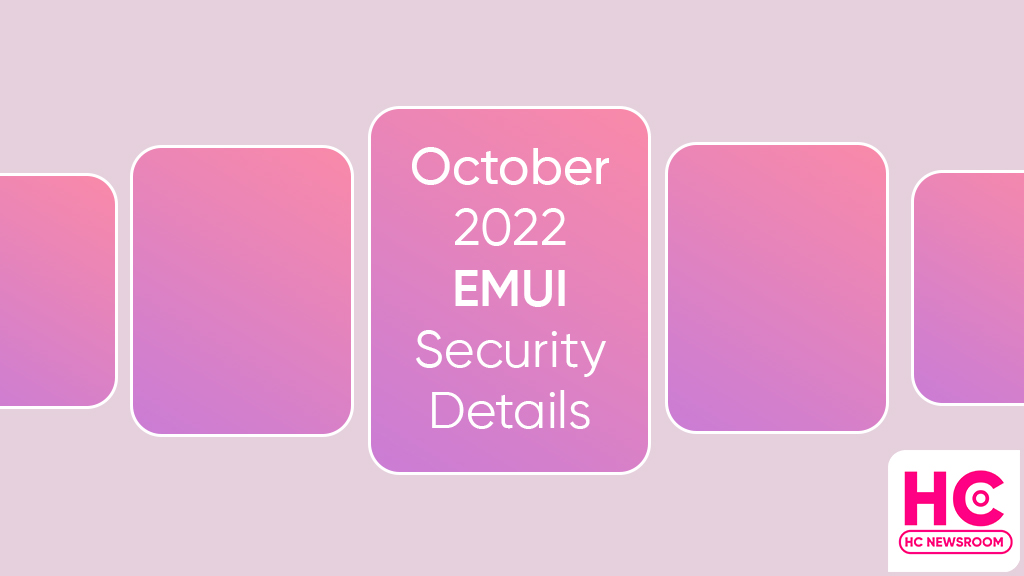 Huawei has released the October 2022 EMUI security patch details as the company moves to launch the EMUI 13 software for global smartphones. On the other hand, the Chinese tech maker is taking EMUI 12 towards the last section of eligible devices.

Adding to this, the company is also reaching to models with September 2022 security patch for Nova 5T, Mate 40 Pro, Mate 30 Pro, P40 series, and more. Although, we’ve entered October but we need to wait until the latest patches begin to rollout.

The security patch includes fixes from Huawei and Android that fixes various sections of Huawei devices. This firmware rolls out monthly and quarterly time spans. Aside from the security patches, Huawei phones are also entitled to receive extra features and optimizations to improve their performance to provide a new user experience.

According to Huawei EMUI October 2022 security bulletin, these new patches brings fixes for 12 high levels of CVEs, 7 medium, and 18 CVEs that were fixed in the previous software rollout. However, there are no new updates found in the critical or low-level area.

Currently, Huawei has not released this software update but we can soon expect it to begin via OTA.

Below you can check the complete CVEs for the respective sections:

EMUI 13 will come with new features that are inspired by HarmonyOS 3 and 2 versions. However, there are a bunch of other improvements including the gestures, widgets, and more large folders sizes. Huawei is yet to confirm the launch date for EMUI 13 but we’ll keep you posted on further developments.