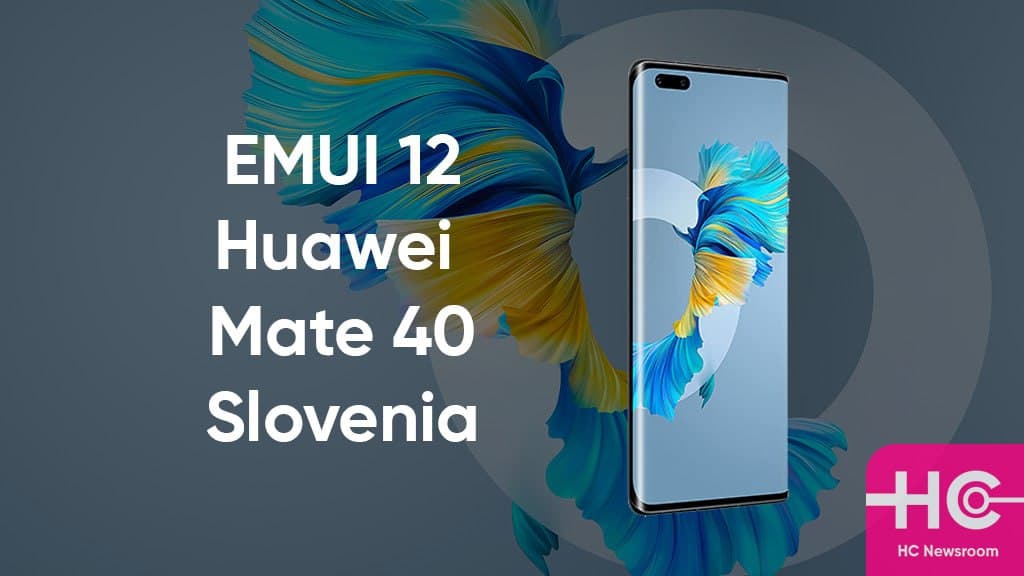 On January 8, Huawei has begun the stable EMUI 12 update for Huawei Mate 40 Pro smartphone along with other flagships in the global market. Since the initial release, Huawei Mate 40 Pro EMUI 12 major update has been expanding and this time, it reached Slovenia in Europe.

Huawei Mate 40 Pro is one of the top-selling smartphones of Huawei and has a large number of shipped units across the globe. Therefore, the EMUI 12 major update is taking some time to reach all Mate 40 Pro devices launched in different markets.

According to information, a stable EMUI 12 software update for Huawei Mate 40 Pro smartphone is rolling out with EMUI version 12.0.0.218 and a massive update package of 5.97GB in Slovenia.

So, Huawei Mate 40 Pro users have you grabbed the EMUI 12 major software? If yes, then you will surely be happy with its offerings. But, if not, it is recommended you download and install it as soon as possible.

One thing to be mentioned, to upgrade over the stable EMUI 12 software update, you will need EMUI 11 base version 11.0.0.253. Also, keep at least 6GB of free space on the smartphone to properly download the major update installation package.

Special thanks to the tipster- Sergej, for sharing this amazing information with us.