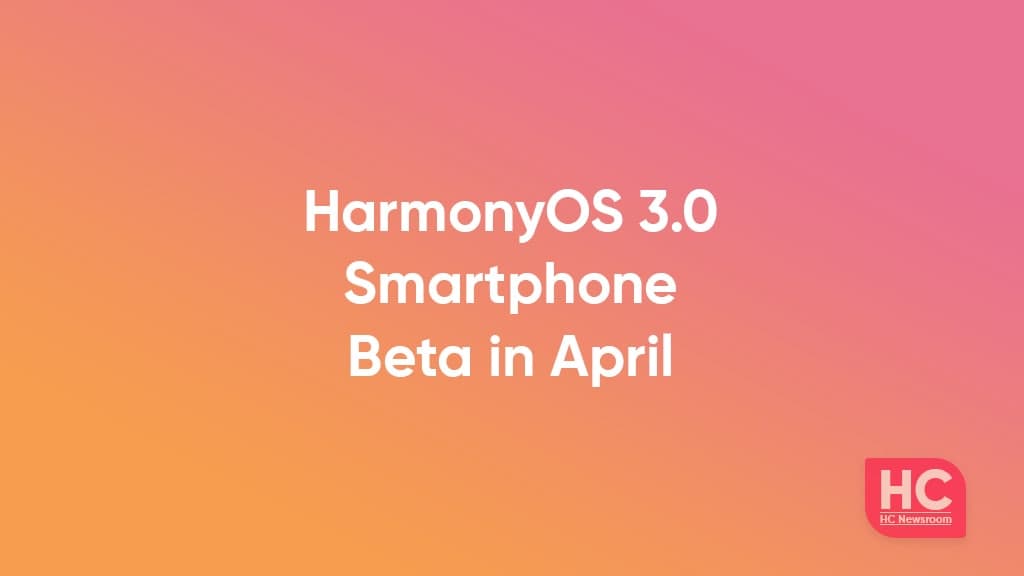 Huawei HarmonyOS 3.0 closed beta testing for the public consumers could begin in April this year, reported by Chinese Media. Earlier to this, the Chinese tech maker will release the HarmonyOS 3.0 developer preview beta 2 to improve the performance of the system.

To be mentioned, Huawei will first begin closed HarmonyOS 3.0 testing in April, followed by the public phase and then the stable rollout. The entire process will move gradually and will take two to three months to reach the final stage of the rollout for all eligible Huawei device users.

However, this is really interesting news for the users, who are waiting for the next major software update, HarmonyOS 3.0. On the other hand, it was also reported that stable HarmonyOS 3.0 will launch in July 2022 as scheduled in the roadmap.

Besides, some reports also claim that Huawei will unveil the HarmonyOS software for global Huawei device users, which is quite interesting. Until then, the users in the overseas market can get the taste of EMUI 12 that comes with the HarmonyOS user experience.

The HM 3.0 developer preview beta 1 version only provides demonstration and pre-adaptation functions, and will not be open to developers to update and use. While the beta 2 version will be expected to remain open for development and updates to improve system capabilities and software and hardware optimization.

Just 2 days ago, Huawei also released the new version of DevEco Studio 3.0 Beta 2 for developers for the HarmonyOS system that mainllly optimizes the integrated installation experience.

The DevEco 3.0 is all in one in a development environment that is deployed on Visual Studio Code in the form of plug-ins. Acccording to the information, the DevEco studio 3.0 beta 2 version brings three new features that are:

In August 2019, Huawei launched its self-developed operating system, HarmonyOS, also known as Hongmeng OS. This new OS is a new microkernel-based, distributed operating system designed to deliver a diverse user experience across all devices and scenarios. Initially, the OS only supported Huawei smart TVs. However, with the growing U.S. pressure, Huawei has increased its speed and preparation to bring the HarmonyOS on more platforms. 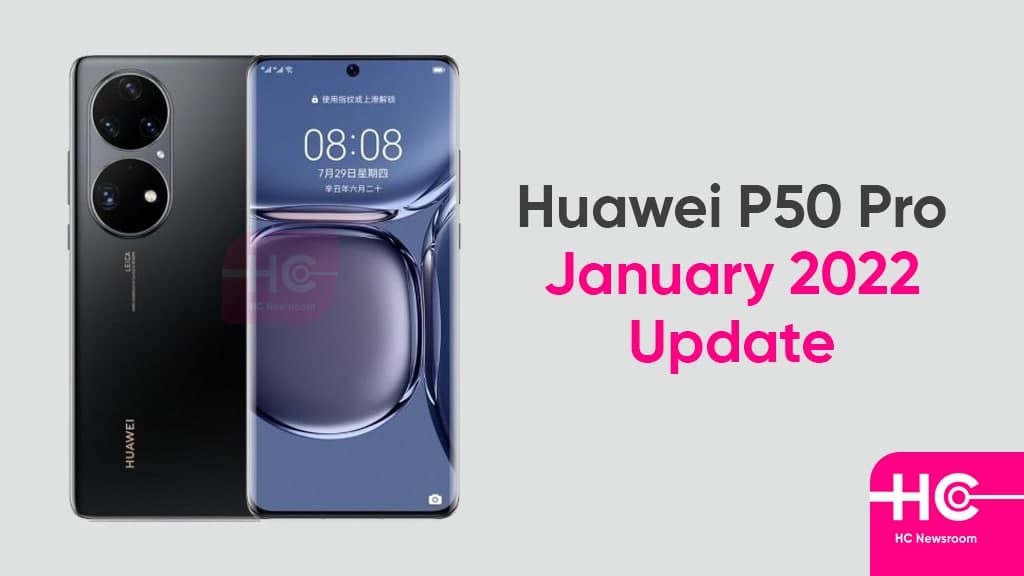 By exploring the changelog, we have found that HarmonyOS 2.0.1.200 SP2 build version brings optimizations for camera effect to take clear and improves the quality of pictures to capture more realistic and natural colors. Additionally, it also optimizes the system’s stability to run more stable.

Huawei P50 Pro’s new update will increase the overall performance of the device and user experience. Currently, this update rollout is in the initial stage and gradually expanding to all P50 Pro users in the Chinese market.

Huawei’s latest flagship – Huawei P50 Pro has entered the global market on January 12, 2022. Since the initial launch, Huawei P50 Pro is marking its presence in different overseas markets such as Germany, Malaysia, and Saudi Arabia.

To be mentioned, the Chinese counterpart of the Huawei P50 Pro debuted with HarmonyOS 2 operating system while the global variant comes pre-installed with EMUI 12. Read more

To update your Huawei P50 Pro smartphone, open the settings of your phone, click on system & updates, and then software update. Wait for seconds while the phone is fetching the latest update available for your smartphone. Once the update pops up, hit the download button and install it. Alternatively, you can also check updates through the My Huawei app.

Make sure that your smartphone will be charged at least 30% or above and have adequate space to download the update package. Also, use a stable connection while downloading the update and keep a backup of your data. If the update fails, try again. 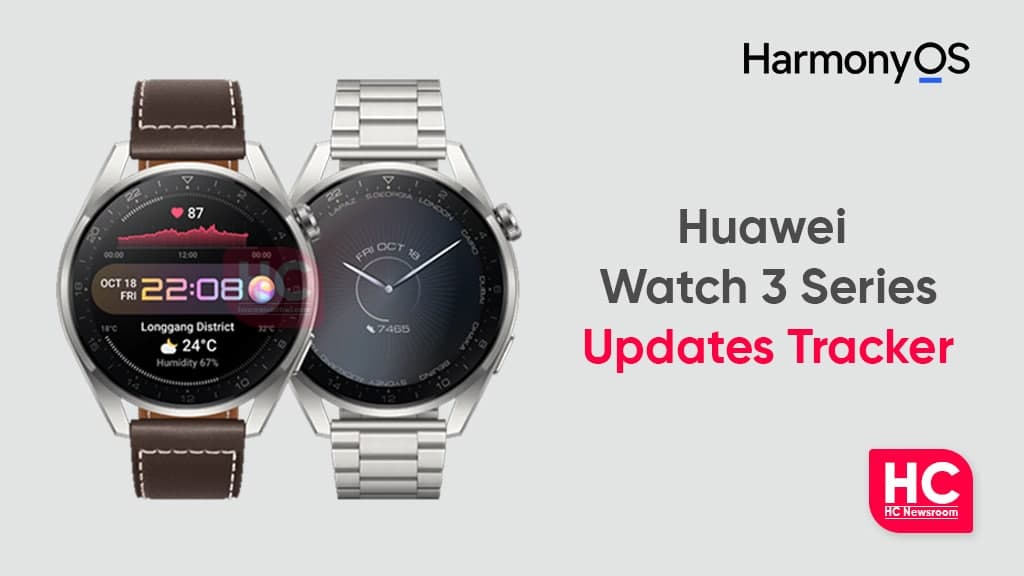 This June, Huawei launched its first HarmonyOS powered smartwatch – the Huawei Watch 3 series that consisted of two models – Watch 3 and Watch 3 Pro. These new smartwatches are designed to deliver a brand user experience on the wrist.

For further improvements, the company will roll out the regular HarmonyOS firmware updates for Huawei Watch 3 and Watch 3 Pro, which also optimizes the overall performance of the device.

In terms of design, the Watch 3 series features a unique and elegant design to provide a more comfortable wearing experience and an easier operating experience. More importantly, it is equipped with a HarmonyOS system that provides more opportunity for the user to play all along using the grid launcher app menu.

Since the launch, Huawei is continuously delivering the regular HarmonyOS firmware updates for Huawei Watch 3 series for better performance and also add new features from time to time. So, in this article, you can capture all of the Huawei Watch 3 series changes, improvements made to its system.