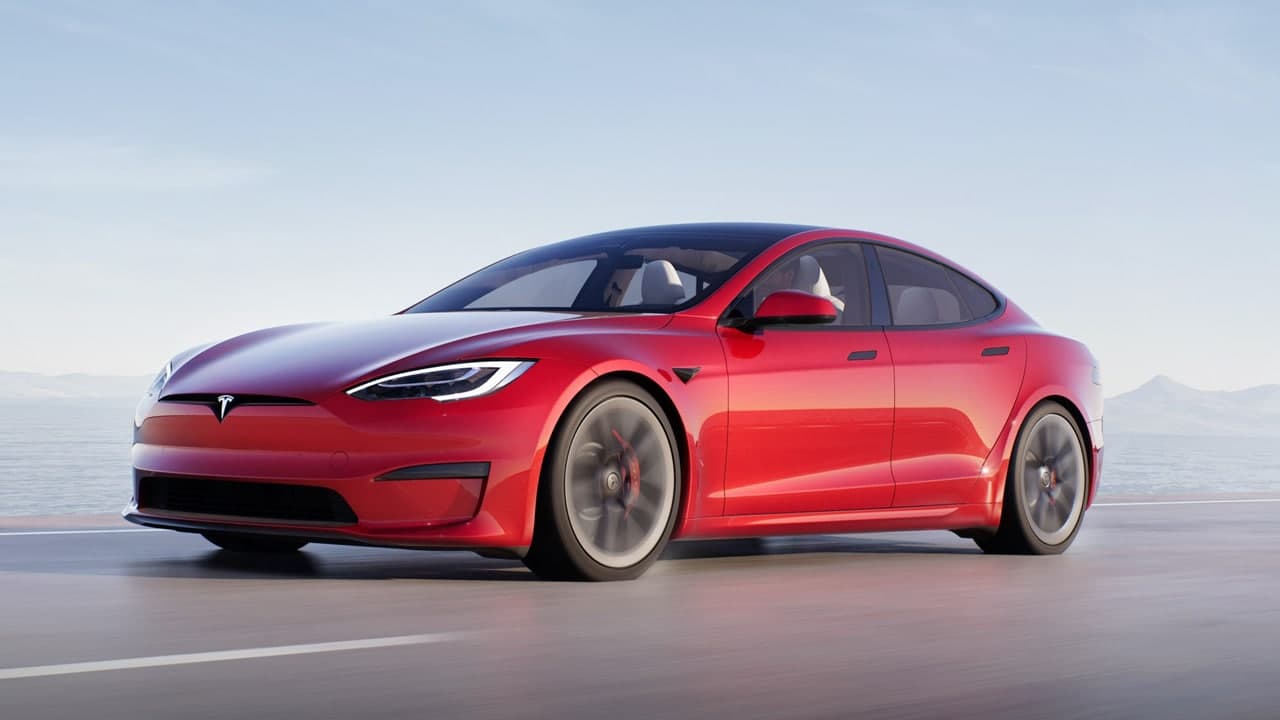 The automotive industry is rising these days, many of the smartphone manufacturers are also moving towards the car industry including Huawei, Xiaomi, OPPO, and more.

In concern of the fact, the ArcFox Alpha S and Cyrus Huawei Smart Selection SF 5 co-powered by Huawei Technologies have already entered the market. The models launched on the 17th and 19th of April respectively.

As of the 22nd of April, reservations for the Cyrus SF 5 reach over 3000 in just two days, which shows the craze of the company’s smart technology among the customers.

Huawei is not only emerging in this field but also proven to be a threat to the smart car OEM’s ( Original Equipment Manufacturer) with its powerful and intelligent technology for smart vehicles.

At the Global Analyst Summit, Huawei Rotating Chairman, Eric Xu, informed that it can attain 1000 kilometers of consistent autonomous driving in the urban area, far better than Tesla. Since then, Huawei Autopilot surpasses Tesla is trending among the tech-savvy on the internet.

Let me tell you, what is the reason behind Huawei has a far better autonomous driving system than Tesla.

Not long ago, an SNS user shared an autonomous driving video, which said to be of Polar Fox Alpha S equipped with Huawei’s Autopiloting techniques.

We can witness from the video that the car can achieve smooth deriving on the urban roads and easily avoid all possible hinders such as wayfarer, turns, and crowded vehicles. As well it can handle all situations like performance on traffic lights and emergency situation without any manual command. 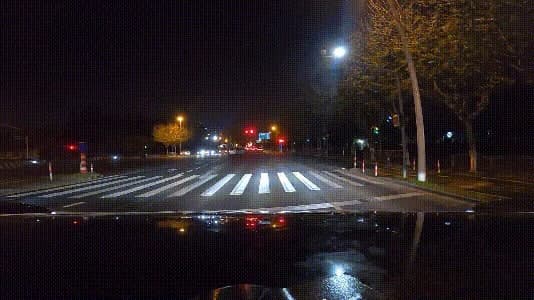 This vehicle adopts L4-level technologies aimed to give you an amazing driving experience. Huawei’s Lidar system made a great contribution to active this autopiloting.

It’s the biggest difference between Huawei and Tesla’s driverless techniques as well as the reason why Huawei’s technology can perform very well. 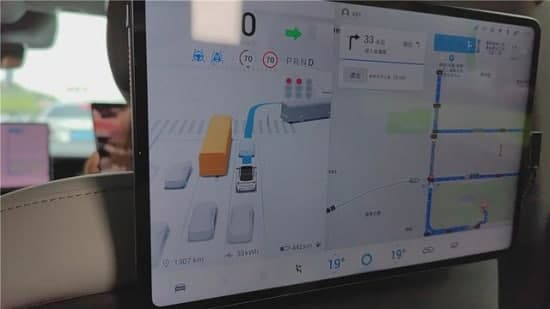 Previously the CEO of this US-based firm made a statement saying “Lidar is a stupid solution” and shows his object to the use of Lidar in automotive vehicles.

Difference between Huawei and Tesla Models:

About the key setup in the model of both companies, Tesla’s driverless system is equipped with a camera and millimeter-wave radar solution, which worked on the concept of the human eye.

To be precise, it directly observes people, objects, and traffic barriers on the road with the highest recognition. However, it affected by all factors as human eyes such as night, rain, snow, and fog.

But the millimeter-wave radar makes sure to measures the accurate distance and speed of the object as well doesn’t affect by the weather conditions. The cost of this device is also low.

In terms of absolute standard, it falls to determine the surface shape of an object under some environmental conditions. So it’s somehow lacking in comparison to Huawei’s developed techniques.

The Polar Fox Alpha S model also features the same camera and millimeter-wave radar, but as an extension, it has three lidars for working under every weather condition.

The reason behind Tesla doesn’t select the Lidar technology yet:

However, Huawei’s self-developed lidar available at a lesser price, which is surely a huge benefit for the company. It also claims to reduce the cost of 96-line lidar to less than 200 USD.

Above all these, a suitable combination of hardware and software is required to build a smart car. Unsurprisingly, Huawei lives up to expectations of a smart car with its up-to-date technology. (Read More)

Huawei – A new champion of smart car technologies, everything you need to know

Goal to sell 300000 cars is not impossible: Huawei 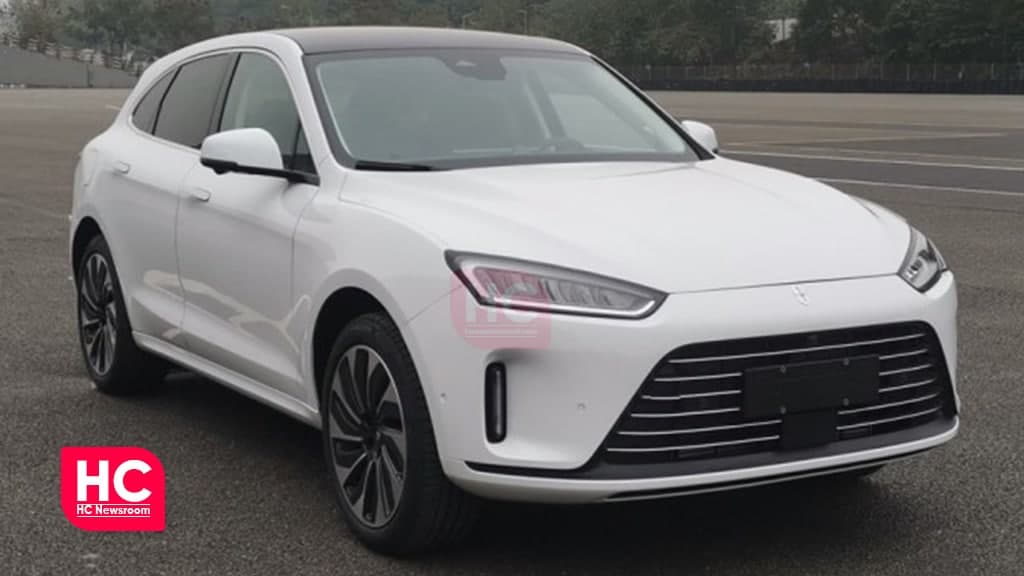 Today, Huawei smart car solution BU’s COO – Wang Jun shared this view on the latest development of smart cars at the 17th Super Car Conference. Wang states that in the near future the smart cars business will be no less than smartphones for many companies.

Wang also believes that the decision-making cycle on the user side of cars is very long, and is also geographically related, including policies. It is a very complex broad industry that can support so many brands that exist.

However, it was also reported that the smartphone field is a track of hundreds of billions of dollars, and the auto parts track is a market size of trillions of dollars. In the recent developments of the SERES Huawei Smart Selection SF5 and AITO M5 (Aotu), which have received wide attention from the outside world, Wang Jun said that Huawei’s auto business is divided into two parts.

However, Huawei’s car sales will challenge BU CEO Yu Chengdong said Huawei’s smart car sets an annual sales target of 300,000 vehicles. Recently, Wang Jun openly said that nothing is impossible. Additionally, he mentioned the first is to see if the product is sufficient for paying users. The second is to see if the sales channel is strong and enough to sell the car. “If you can do those two things, you can do it,” Wang Jun said. 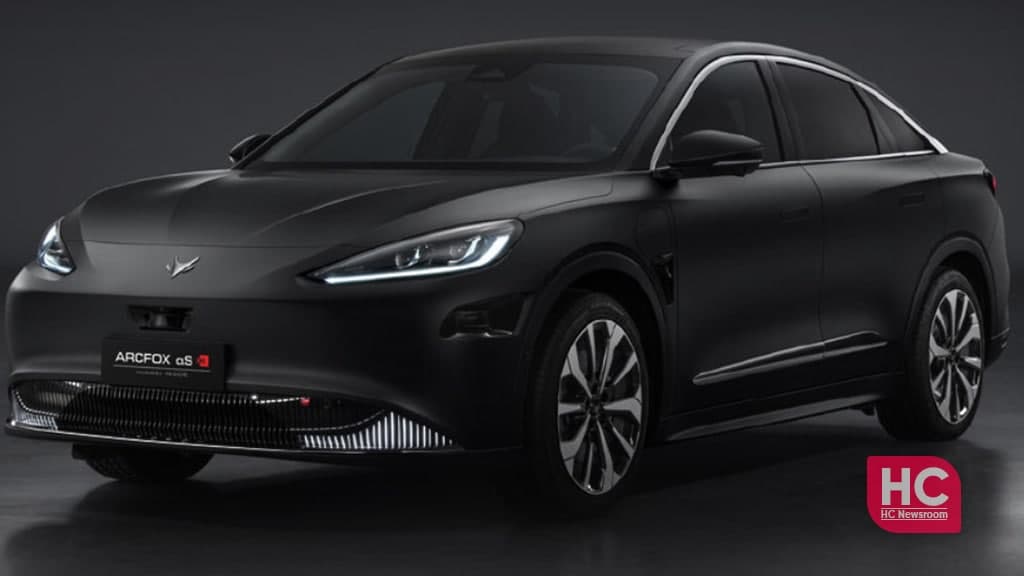 Earlier, Huawei has several times denied that Huawei doesn’t build its own car. However, the Huawei executive previously mentioned that the company’s focus is on spare part technology to help OEMs to produce good cars.

On January 20, at the 17th Super Car Conference of “Intelligent Driving Carbon New” Li Yizhong, former Minister of the Ministry of Industry and Information Technology and President of the China Federation of Industrial Economics delivered the speech.

During the conference, Wang Jun, Huawei’s smart car solution BU COO again denies that Huawei does not build cars. He also added that our core is to help companies build good cars.

“Otherwise, it would be impossible for me to sit here today and discuss these topics with President Liu Yu.” said Wang Jun

However, Huawei has reached in-depth cooperation with BAIC, Changan, and GAC automobile brands. But, in the future, there will not be too much such cooperation, because this kind of cooperation consumes a lot of Huawei’s resources. 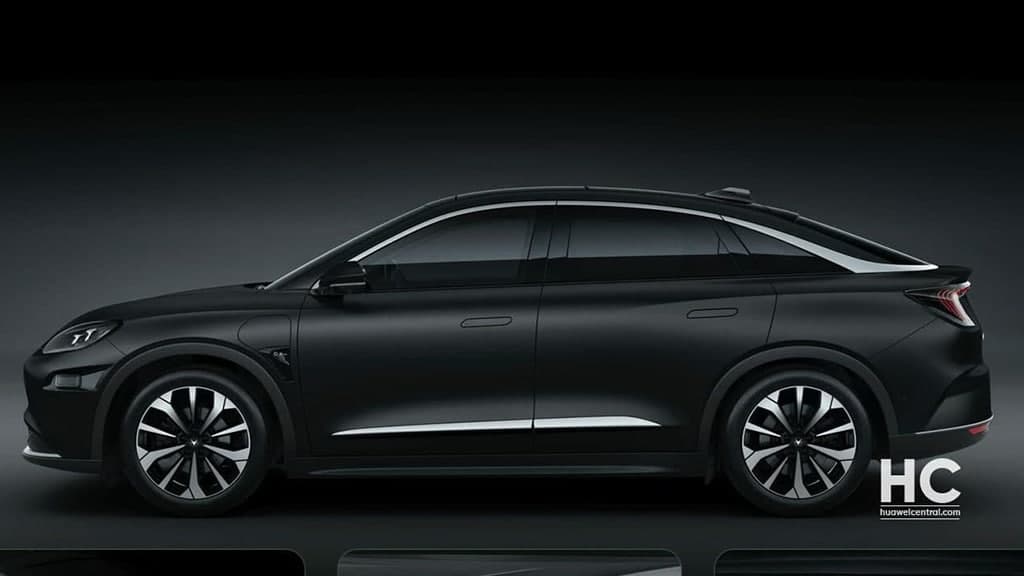 Currently, Huawei still hopes to focus on these car companies that have already cooperated and supported their car manufacturing. Furthermore, Wang Jun believes that Huawei’s entry into the smart vehicle spare parts industry is a huge opportunity for Huawei based on 30 years of accumulated ICT technology.

In addition, Liu Yu, deputy general manager of BAIC Group and president of BAIC Blue Valley, said that some users have already received the Alpha S Huawei HI version, and they are helping this car in testing. However, during the auto show, the new car is expected to be launched in Beijing in April this year.

As per Liu Yu, it is now easier to build a new electric vehicle with a cruising range of 600–700 km, and the charging piles and other ancillary facilities are already very substantial. Quickly enter the blowout period. “If there are no impacts such as chip and battery shortages, sales of new energy vehicles will exceed 6 million units in 2022.”

The HI version 3 is equipped with lidar and multiple sensors, which can realize autonomous driving in cities, starting from 429,900 Yuan. Earlier it was announced that it will be delivered in the fourth quarter of 2021.

The Extreme Fox Alpha S is equipped with HarmonyOS smart cockpit that features a 21.69-inch integrated ultra-clear large screen that supports 3840 x 720 resolution and 180PPI display accuracy. The cockpit of the car is equipped with a Kirin 990A chip, which has 3.5TOPs of computing power and supports a 5G network connection and more. 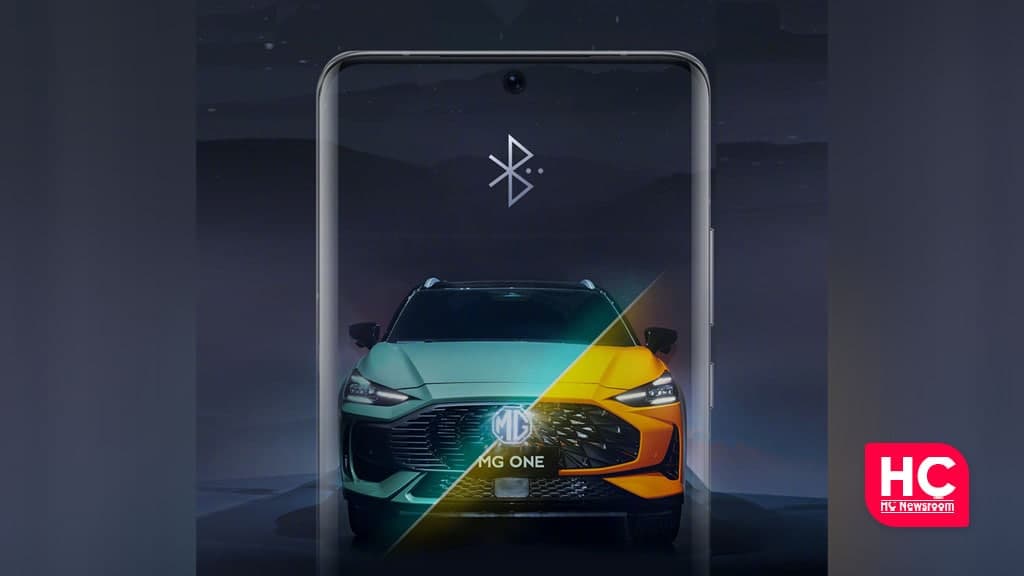 According to Huawei, the activation of SAIC MG Motor’s car key in the Huawei Wallet app allows the users can operate the key function without using the taking out the key. Also, once the connection is established between the car key and Huawei Wallet the users can perform tasks without unlocking the smartphone and even in no network connection. 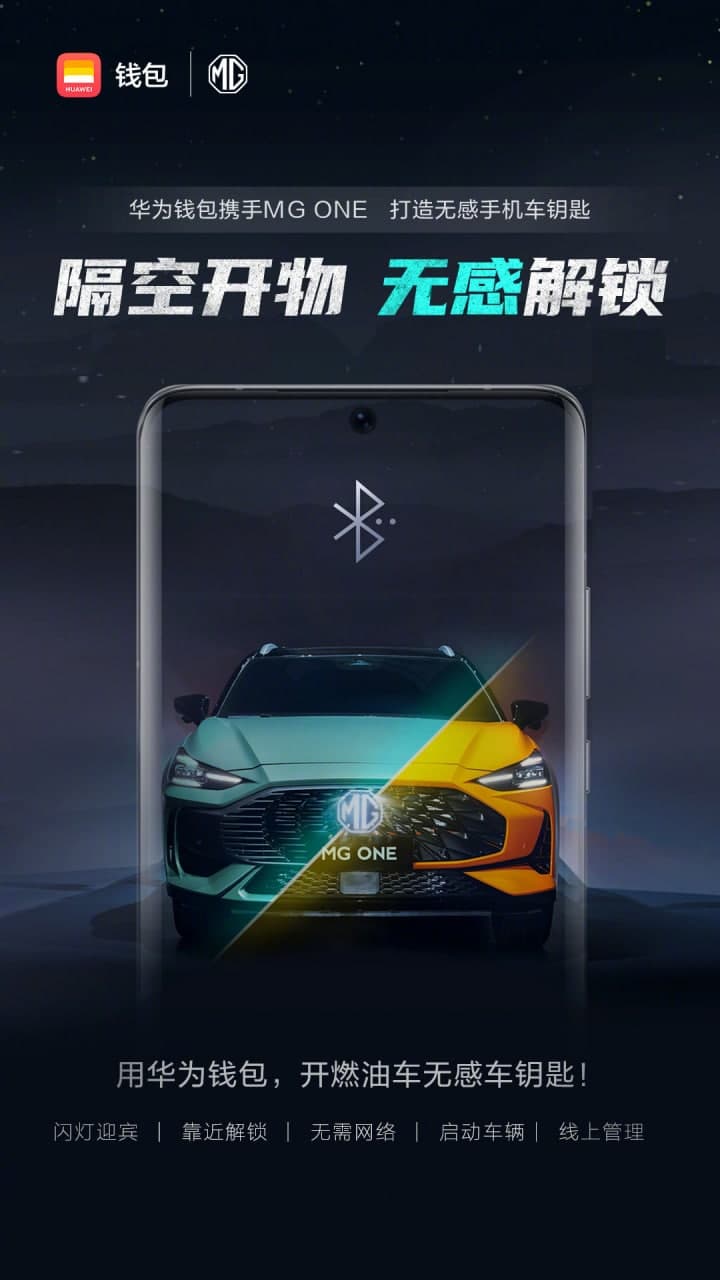 Furthermore, the Chinese tech maker will soon expand this feature to more Huawei smartwatches to experience this ultimate service. By using the digital car key, the car owner can keep the physical at home and get rid of the problem of forgetting to bring a car key, losing a car key, and replacing a physical car battery without even opening the car app manually.