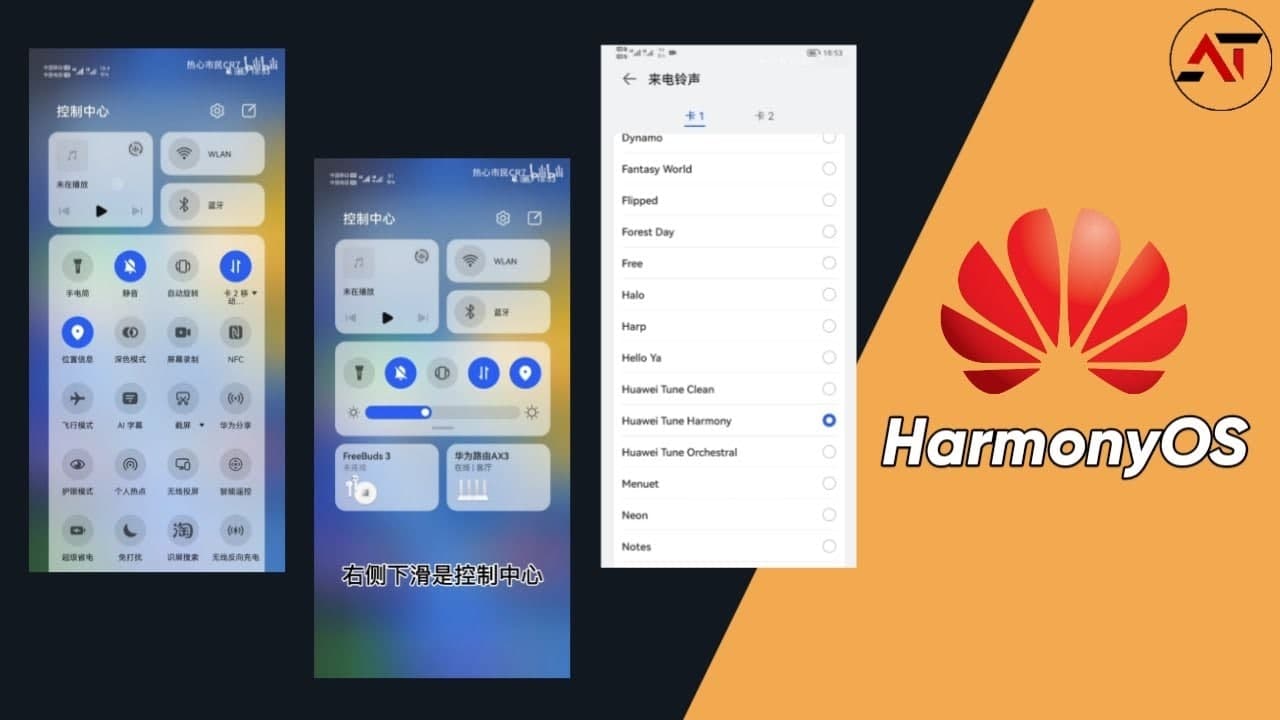 
Huawei general consumers are eagerly waiting for HarmonyOS rollout, as this Huawei operating system is about to complete its current developer beta phase and preparing to start the consumer version of internal beta testing.

Before the HarmonyOS 2.0 stable rollout, most of the new user interface layout, changes, and added features are exposed through HarmonyOS 2.0 mobile developer beta versions.

On the other hand, HarmonyOS developer beta testers are continuously sharing their experience through screenshots, and live video demonstrations, which enhances the excitement level of Huawei fans.

Now, we are here with a fresh video that gives chance a more clear look at new the control center and listens to the notification as well as the new ringtone that comes with HarmonyOS 2.0.

The video shows that the control center or setting brings all the shortcuts of usable functions that make it easy to use in just one touch and it looks user-friendly as well as new notification and ringtone is mesmerizing.

Check the below-linked video for a visual understanding of the control center and listen to the HarmonyOS notification tone and ringtone.

Previously, this HarmonyOS 2.0 ringtone was shared by a Weibo tipster, which is especially based on the original Huawei tune but with slight changes in the rhythm.

Huawei has selected a team of 200 developers in the Chinese app market to download and test the HarmonyOS in all aspects to avoid the issues and mistakes found during the developer beta testing.

Last December, Huawei began the internal developer beta testing for limited flagship phones in China. Moving on, in April, the company entered the developer public beta phase by extending the number of devices.

Recently, the company announced the second phase of HarmonyOS 2.0 developer public beta that is open for Huawei Nova 6, Nova 7, and Nova 8 series. These phones will soon get the developer beta build through OTA software updates.

Regarding this, Wang Chenglu, Huawei CBG Software Engineering Dept President confirmed that HarmonyOS will be available for the general consumers from early June.