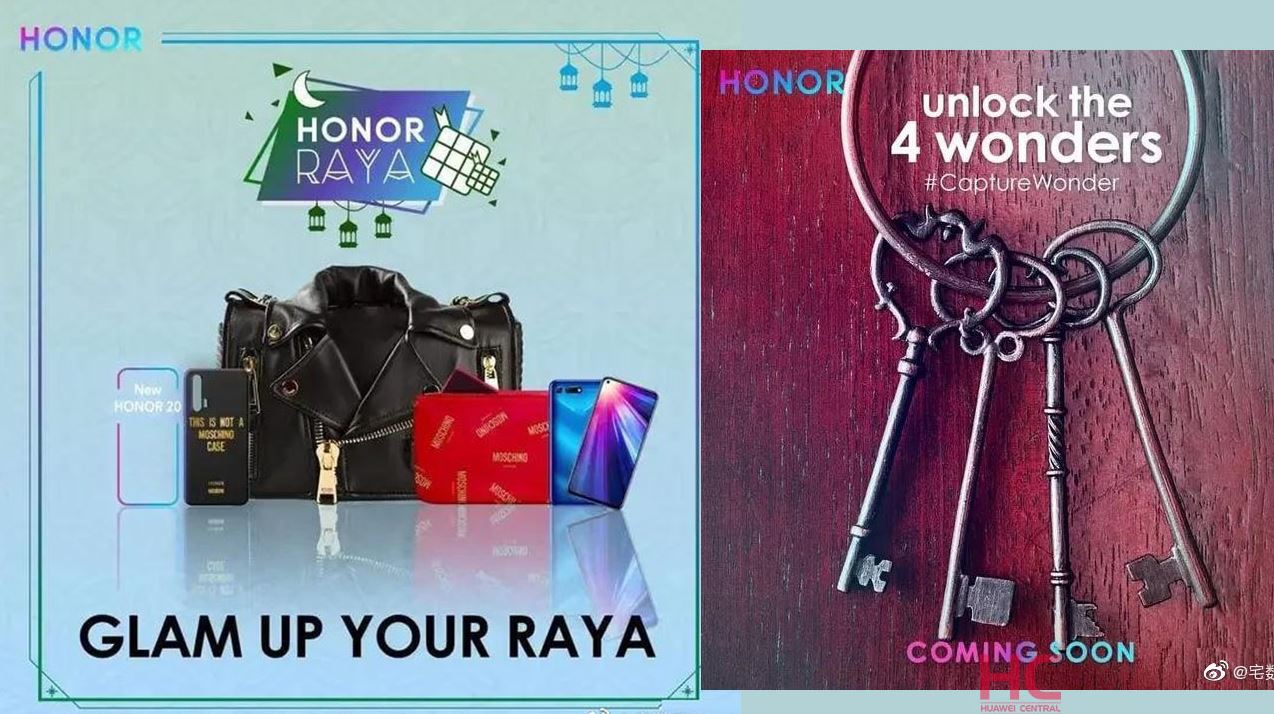 
Honor 20 is coming in two variants including a pro version, now recently this upcoming Honor flagship was spotted in a promotional image along with Moschino edition.

This promotional poster is coming from Teme, and the poster shows Honor V20, Moschino leather bag, and Honor 20 design shape and a custom cover. To be noted the phone’s camera position is placed vertically in the cover as well its height is very similar to what we’ve seen in the previously leaked renders.

Also, it can it be said that the phone will definitely add a quad camera system on the back, while there’s a separate placement for the LED flash on right side similar to the renders.

The second image shows four keys and says “Unlock the 4 wonders” which directly points at 4 camera systems and could also be featured with other new features.

It’s confirmed that the phone will be launched on May 21 with a special edition co-branded with Moschino waiting in the event.

Please check the renders below. 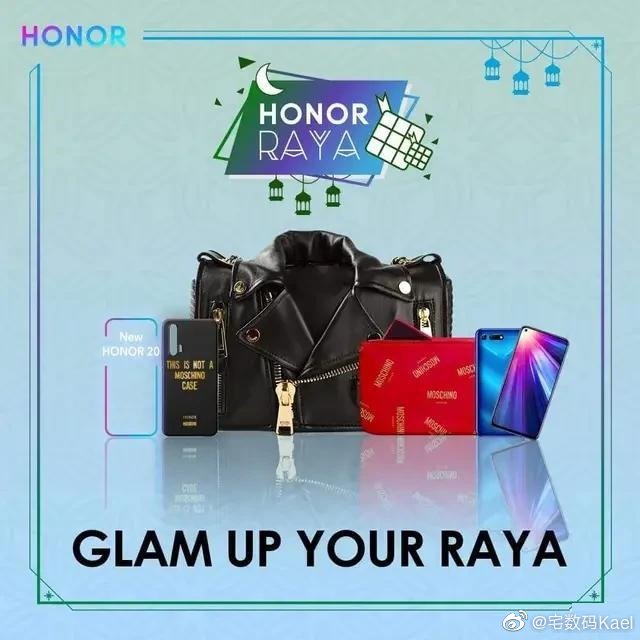 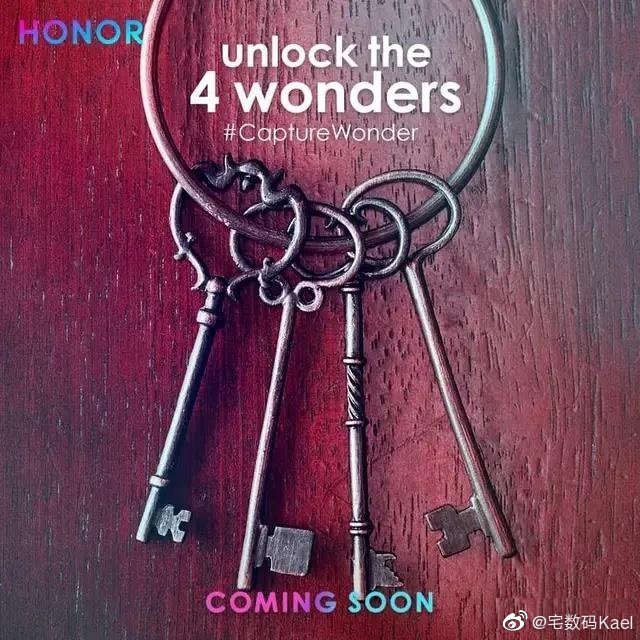