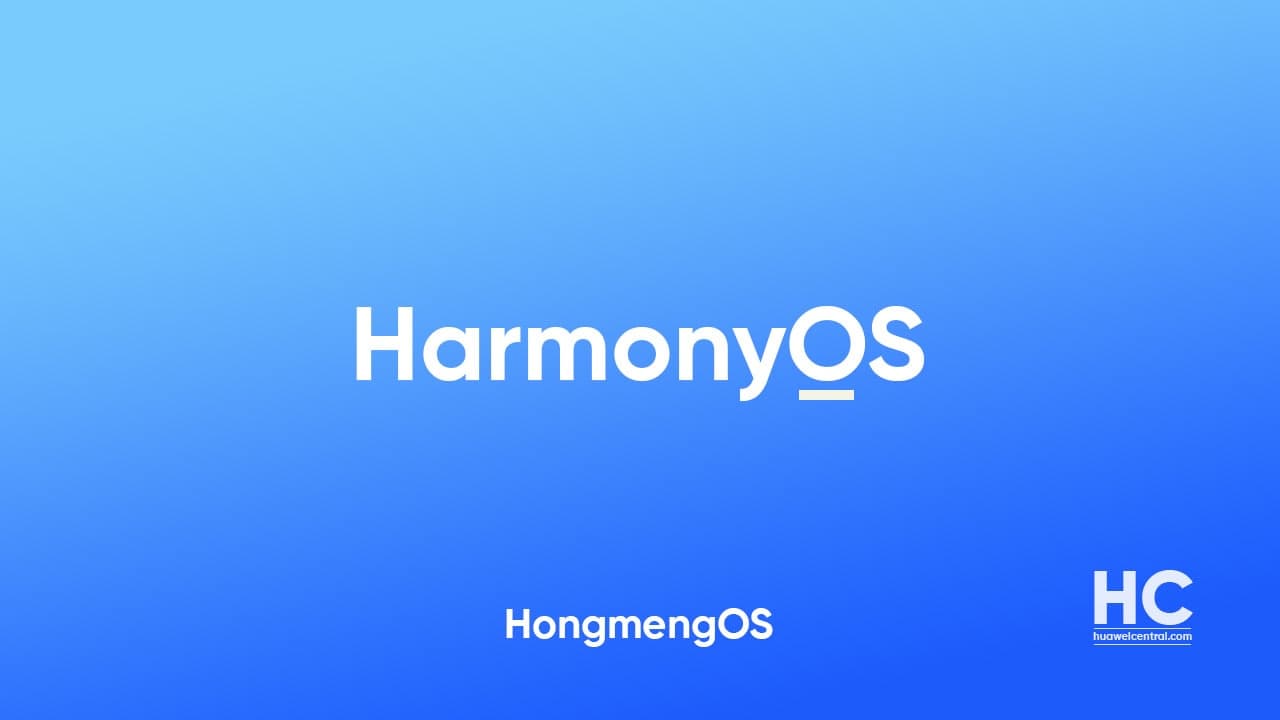 HarmonyOS (Hongmeng OS) is the most awaited Huawei’s self-developed micro-kernel based operating system of this year, many Huawei smartphone and device users are longing for this OS.

The company has finally started to send the HarmonyOS 2.0 developer beta version with the update package size of 5.9 GB on the registered devices, which are huge in numbers.

Huawei HarmonyOS is often misunderstood as the replacement for the other operating systems. In order to make it clear, Huawei shared a video on its official Douyin account saying, it’s not a replacement for Android nor a copy of iOS. We are developing HarmonyOS for 5 years.

The company aims to deliver this new skin to over 300 million devices, among them 200 million will be smartphones while the 100 million remaining devices will cover smart wearables, IoT devices, and the third party application.

In this line, Midea and Tissot also launched their cooking stove and unbounded smartwatch series respectively on HarmonyOS. As well, more than 300 third-party application partners are also approaching  Huawei for this brand new OS.

To be mentioned, Huawei recently released the Huawei Mate 40 Pro 4G variant, which is the first phone to be pre-installed with the HarmonyOS 2.0. The model shares the same specification as its 5G version. (Read More)

Huawei HarmonyOS public beta will be tested on a big list of models, to start in June

Advertisement
Related Topics:HarmonyOSHuaweiHuawei HarmonyOS
Up Next 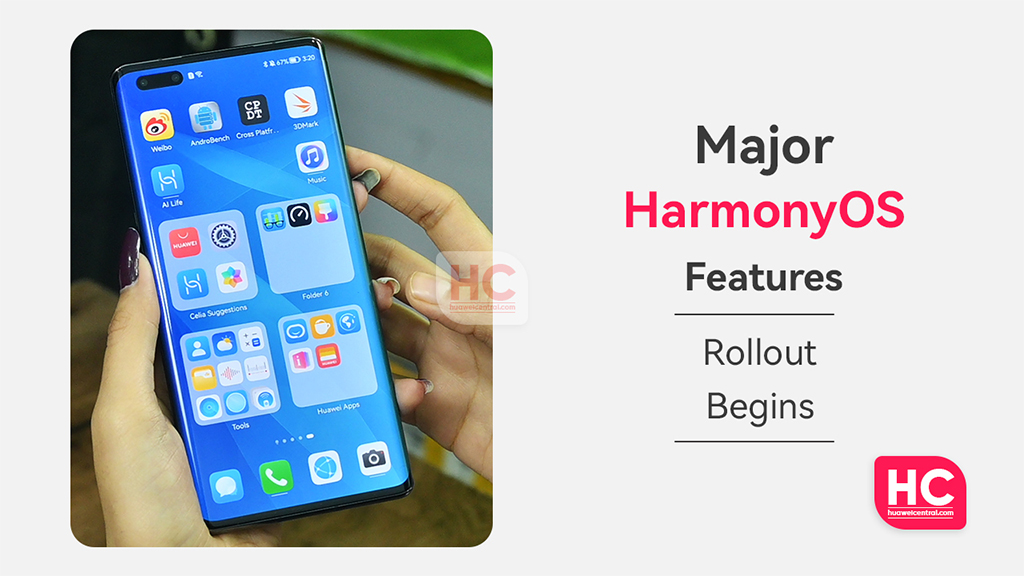 Last month we reported that Huawei will send a new HarmonyOS 2 version for the consumers. Now, Huawei has finally started the rollout of this major HarmonyOS 2 software update for flagship devices along with the latest features.

So without further ado, let’s dive into this update.

According to the changelog, the update brings a new multi-camera mode that allows users to capture images via different connected devices using shared network access such as WiFi. This feature uses the distributed capability of HarmonyOS to allow the execution of multi-device photo capture.

Second, comes the Control Panel, users can now quickly access the notification center by simply swiping left or right. This would ease the process and allow users to switch back and forth without losing any of these.

The Service Center also got a new file center feature, which can generate widgets and add them to the home screen, which makes it easier to view files on the go. Huawei optimized the app assistant feature with a new drop-down status bar in game mode.

These features are surely amazing and will further extend the user experience of the consumers. However, this update is currently rolling out for the Huawei P40 series in China, which already received the stable version. Also, it’ll expand for more devices, as the rollout progress.

According to the information, this update for the Huawei P40 series is currently released with HarmonyOS 2 version – 2.0.0.166 and a download package size of 1.26GB.

The exact changelog is mentioned below.

The camera mode is newly added. During the shooting process, you can choose a HarmonyOS 2 mobile phone or tablet (multi-camera mode supported) in the same WLAN network as the lens to shoot wonderful images from multiple angles, and remotely take pictures.

Fix the problem that the camera watermark cannot be automatically rotated in some situations.

Added a new file center function, which can generate a universal card and add it to the desktop, making it easier to view files. You can also view files of other devices in the HyperTerminal (currently only mobile phones) across devices

Optimize the interface display of the control center

HarmonyOS 2 rollout currently remained enclosed inside China and there are no official confirmations that have been made about the global rollout. 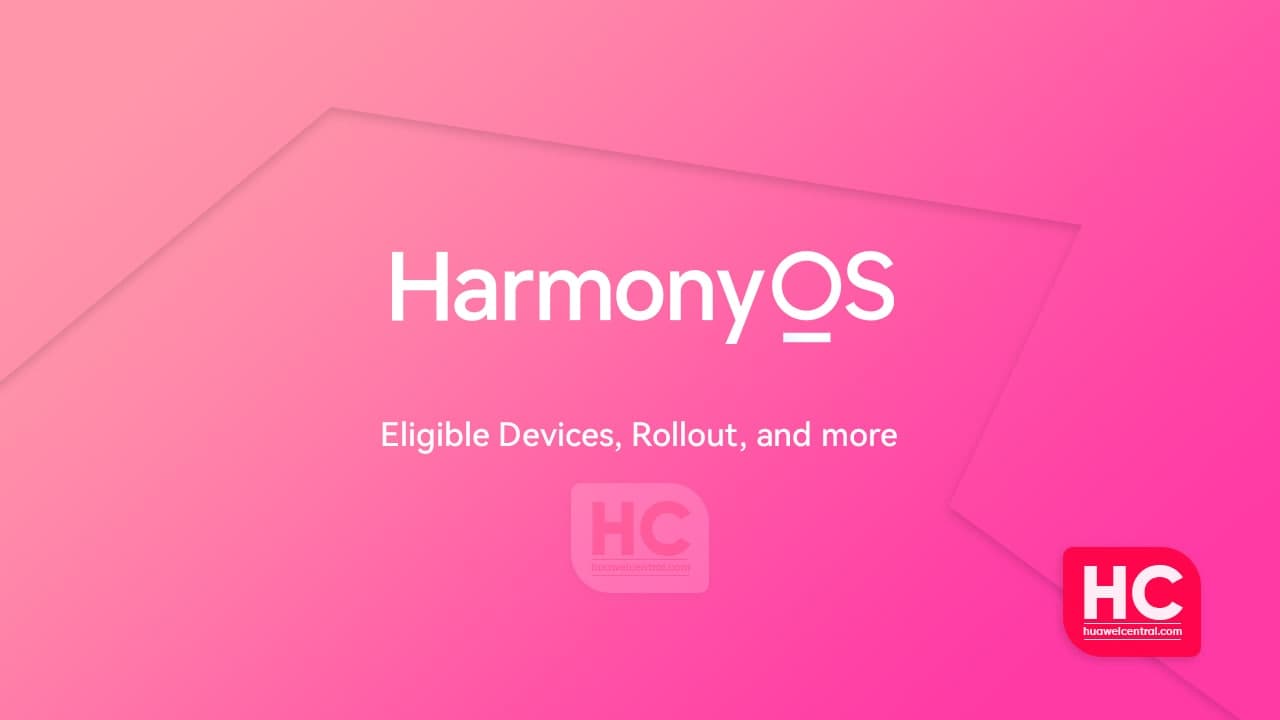 At Huawei Developer Conference (HDC) 2020, Huawei HarmonyOS 2 AKA HongmengOS 2 made its debut. The Chinese tech giant has already revealed its plans to grow HarmonyOS 2.0 and the ecosystem around it including the support for different device platforms and working with industry partners.

When it’s coming to smartphones?

Huawei’s plan with HarmonyOS is clear and the company is aiming big with its 2.0 version. So, this article will keep you updated with all of the news, announcements, beta, rollouts, leaks, and other important information that you should know in one place.

The story of HarmonyOS smartphone testing began on December 16, 2020. At this date, Huawei announced HarmonyOS 2.0 Developer beta testing for a number of old flagships.

Since beta testing is a staged process, Huawei conducted and released several betas builds to developers. After three months of internal beta flight, in April, the company expanded HarmonyOS beta testing for more devices such as Mate 40 series, Mate X2, and others, labeled under HarmonyOS 2.0 developer open beta.

In the following month, mid-range smartphones – Huawei Nova 6, Nova 7, and Nova 8 lineups also joined the second phase beta activity in the second round of the Developer Open beta.

After 6 months of trials and developer testing, Huawei finally made up its mind of sending HarmonyOS on the consumer version of smartphones and it began on June 2.

On June 2, Huawei officially launched HarmonyOS for smartphone devices, a brand new operating system and a successor of EMUI software system, which was based on Android.

HarmonyOS is surely interesting, isn’t it? But the key interesting thing is, which devices will get HarmonyOS software update and when will it start to rollout? Well, Huawei has shared its official roadmap of upgrading old devices with its operating system and it’s detailed below.

This rollout plan has blown my mind as it covers devices that go up to the year 2016, and it’s absolutely insane and beyond my words. This is surely exciting news for the Huawei consumers and it reflects that Huawei wants to change all of the Huawei devices (launched in the past) on HarmonyOS.

Here, you can check all of the information about the HarmonyOS upgrade plan, timeline, and rollout devices.

Devices that will get HarmonyOS from June 2, 2021:

Devices that will get HarmonyOS from the third quarter of 2021:

Devices that will get HarmonyOS from the fourth quarter of 2021:

Devices that will get HarmonyOS from the first half of 2022: