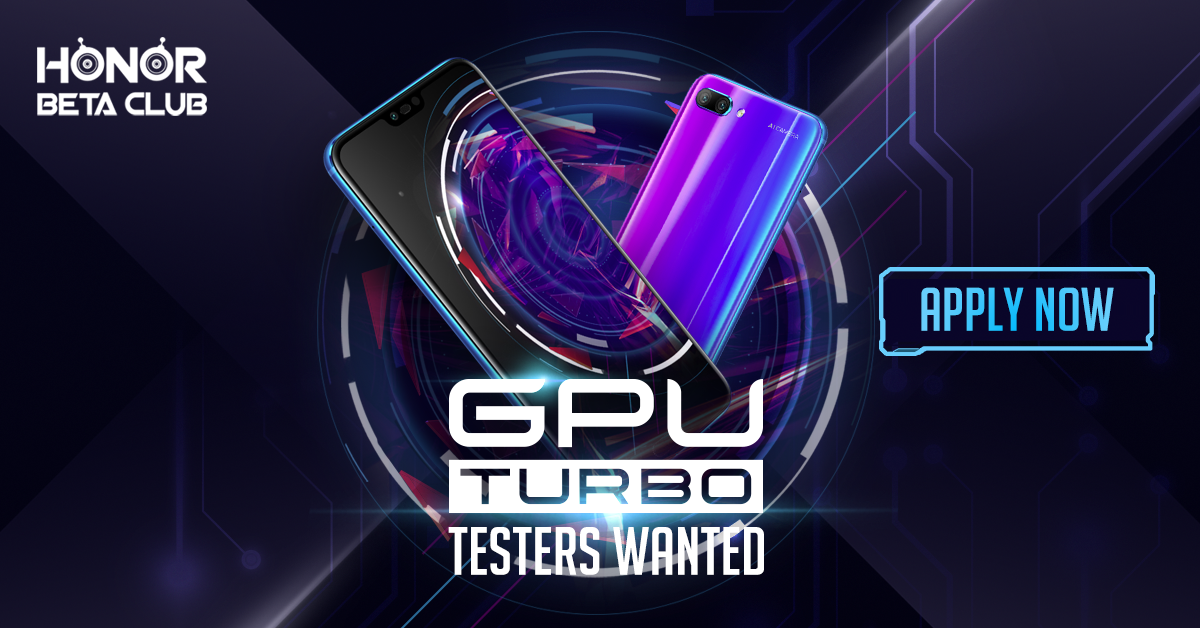 If any of honor 10 users want to experience GPU Turbo update, Submit your application to get a chance to be one of 15 members to receive an exclusive beta test update on July 17. In addition, honor is also inviting 15 people to join for a night of fun at the GPU Turbo influencer Party in London.

Through Honor Beta Test Application – GPU Turbo, the last date to apply for this beta test is 12 July 2018. honor will announce the selected Honor GPU Turbo Testers on 13th July 2018 on Honor Beta Club Facebook Group (https://www.facebook.com/groups/honorbetaclub/) and also via mail is the participant is selected.