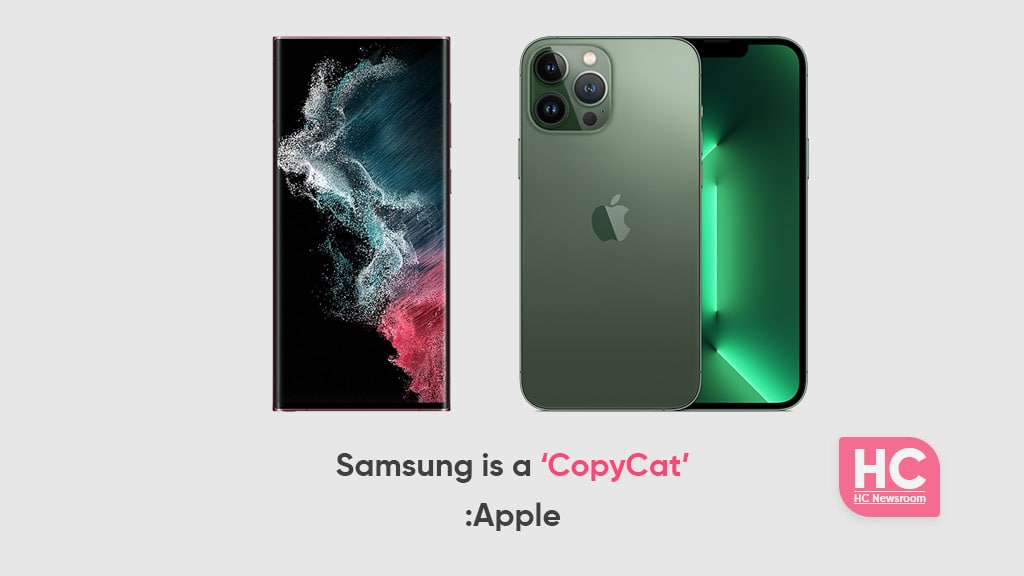 Samsung is a copycat, said an Apple official in a recent documentary published by WSJ about the evolution of the iPhone ahead of the iPhone 14 launch event. The documentary features Apple’s Chief of Marketing – Greg Joswiak, along with iPhone co-creator Tony Fadell and a family of iPhone users.

Aside from talking about the innovation that Apple made so far in the world of iPhones, some criticism had also been made on Samsung and Android. Joswiak said, they (Samsung and Android) were annoying and accused them of copying Apple-developed technologies to feature on their own smartphones.

He told that Samsung became a copycat and ripped Apple’s technology and created a poor copy of it on a big display, which was unpleasant to watch for Apple staff.

Back in 2013, Samsung launched its big screen device Galaxy S4 with a 5-inch display, on the same year, Apple unveiled iPhone 5 with a 4-inch display. Later on, Apple realize to increase the size of their phones, thereafter, the iPhone 6 and 6 Plus was launched with over 4.7 and 5.5-inch displays respectively.

Apple didn’t stop at complaining regarding this entire scenario, as it dragged Samsung to a legal filing,  which later coasted Samsung to pay over 1 billion USD in fine. However, Samsung requested to lower the fine and two of the firms later settled this matter.

Throughout the years, Samsung has profound its ability to make OLED, QLED, and LCD displays, and Apple since then has been a big customer to purchase the display from the South Korean tech maker.

Both the companies rival the smartphone market but still, the business standards are up on the right place for each other.

That’s not it, Samsung has also innovated the world’s first foldable display devices. These are key technologies for the future and Apple is likely to grab them for its own devices (once it’s ready to adapt them).