According to the information, Huawei has designed the HarmonyOS AKA Hongmeng OS to rule the Internet of Everything era and enable cross-connection among different platforms.

Now, in the latest development in this story, Huawei has started registering developers for the next HarmonyOS 2.0 mobile developer beta event, which is scheduled for March 25.

At the event, participants and developers can test the latest features of the Huawei HarmoynOS 2.0 mobile developer beta, understand the ecosystem uses cases of HarmonyOS 2.0, learn about HarmonyOS 2.0 technology, and get one-to-one help from HarmonyOS technology experts.

Below you can check the time of the event and the agenda:

At the event, Huawei may unveil early features of the HarmonyOS 2.0 mobile but it’s likely to remain closed for the developers ahead of the official release.

Huawei has officially confirmed that HarmonyOS for mobile devices will launch in April this year and the company will also update its older devices to grow the number of devices running HarmonyOS.

The latest event could be the preparation prior to its launch in April and meet the schedule.

Wang Chenglu, President of Huawei Consumer Business Software Department said HarmonyOS will install in over 300 million devices, of which, 200 million accounted by only smartphones and over 30 million tablets, watches, smart screens, speakers, and devices of partner companies in 2021. 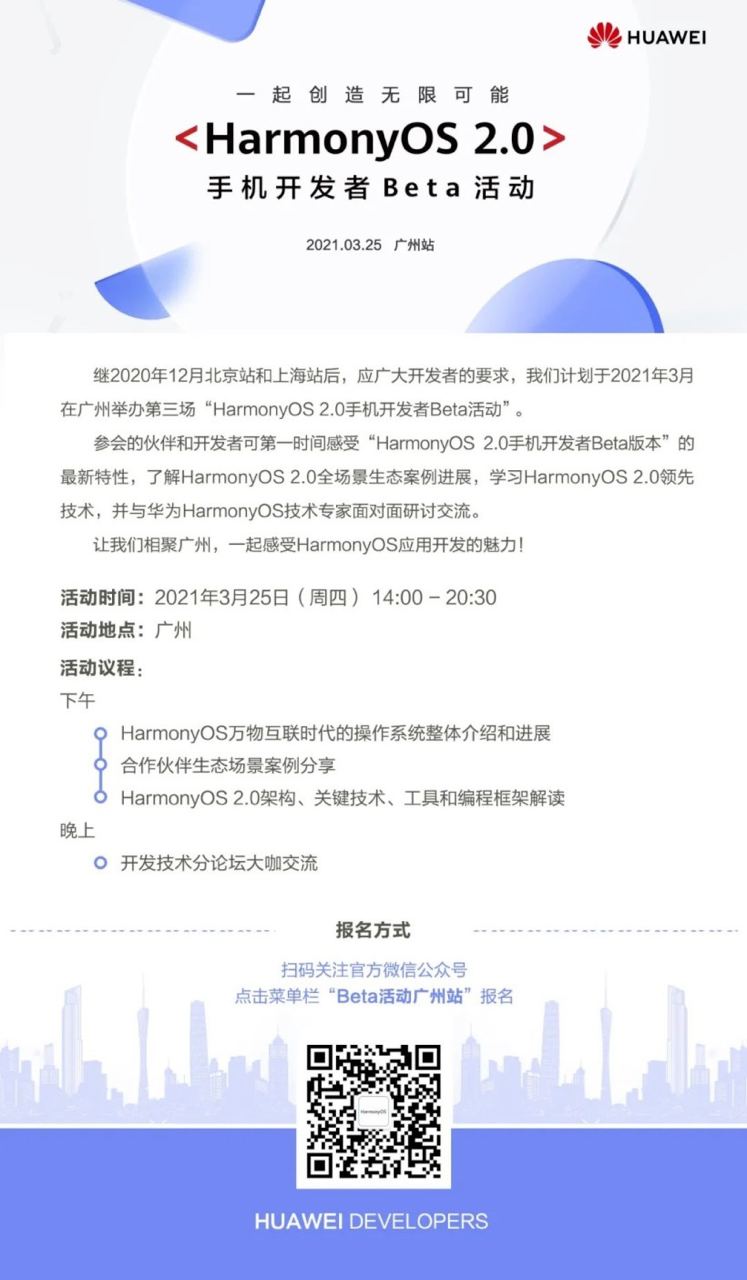