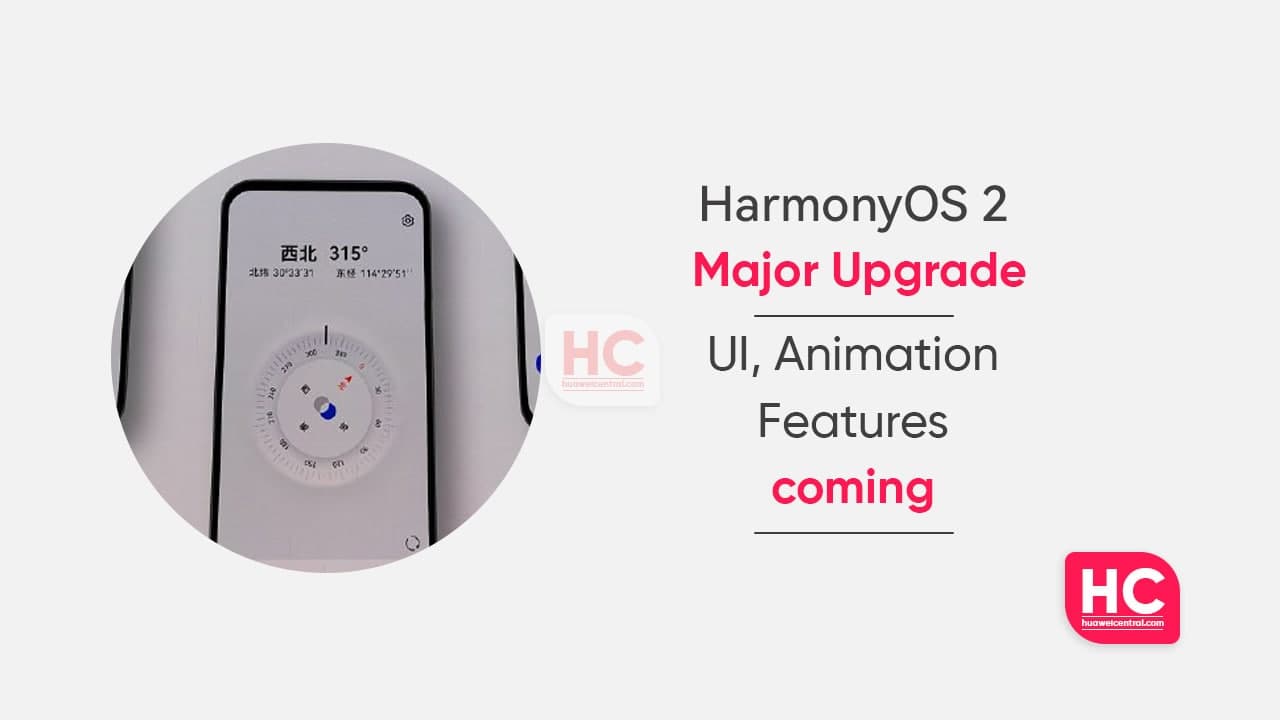 On June 2, Huawei unveiled a new operating system – HarmonyOS 2, based on micro-kernel technology. This new software is powered by Huawei’s distributed capabilities that provide a seamless user experience of data on different devices.

Although HarmonyOS 2 comes with lots of new features for smartphones but the power of distributed capabilities is one of the main specialties that make HarmonyOS different from other OS. Super Device is a good example of such capability.

According to the latest information, HarmonyOS 2 will get a major upgrade next month, and it’ll bring a number of new features to improve the overall user experience and take it to the next level. 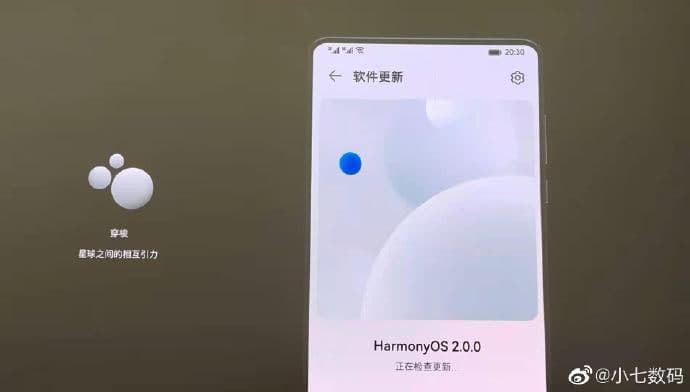 Information suggests that the upcoming software upgrade will install new dynamic user interface effects and a new UX design. There will also be new distributed features including:

There will be more features that will join these in the rollout procedure. 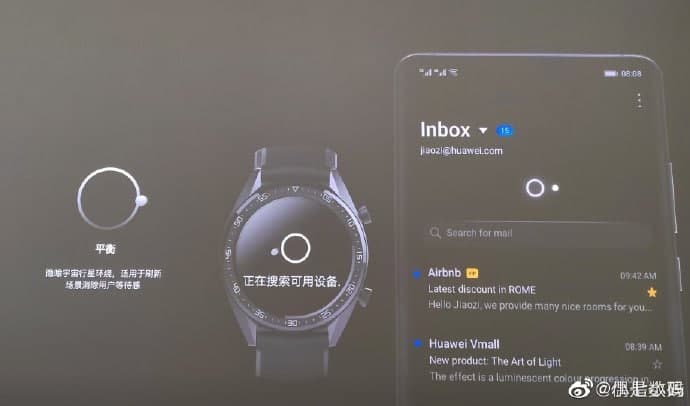 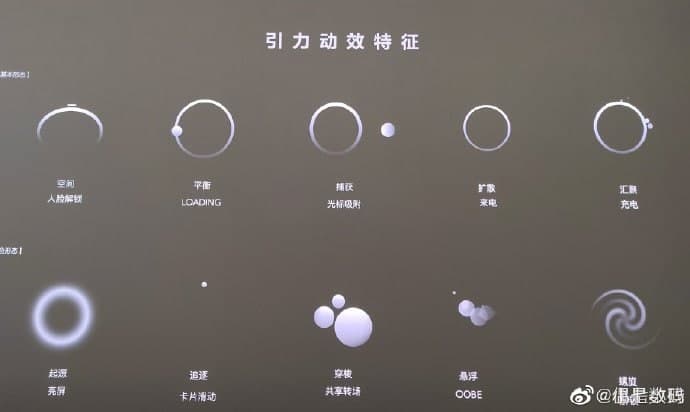 Could come with Huawei P50?

Huawei is preparing to unveil its next P series flagship – the Huawei P50 series. Reports suggest that this flagship will debut in July, if so, then the company will likely rollout these features along with this new smartphone and make it special.

Later on, Huawei will make them available for other devices that are already the recipient of the HarmonyOS 2.

Following this news, we are excited to see what new changes Huawei will be bringing for HarmonyOS 2 users next month. As we’re eagerly waiting for them to rollout.

If you want to know more about HarmonyOS features check the article linked below.

Huawei HarmonyOS 2.0 beta for the first batch of Honor phones will rollout soon 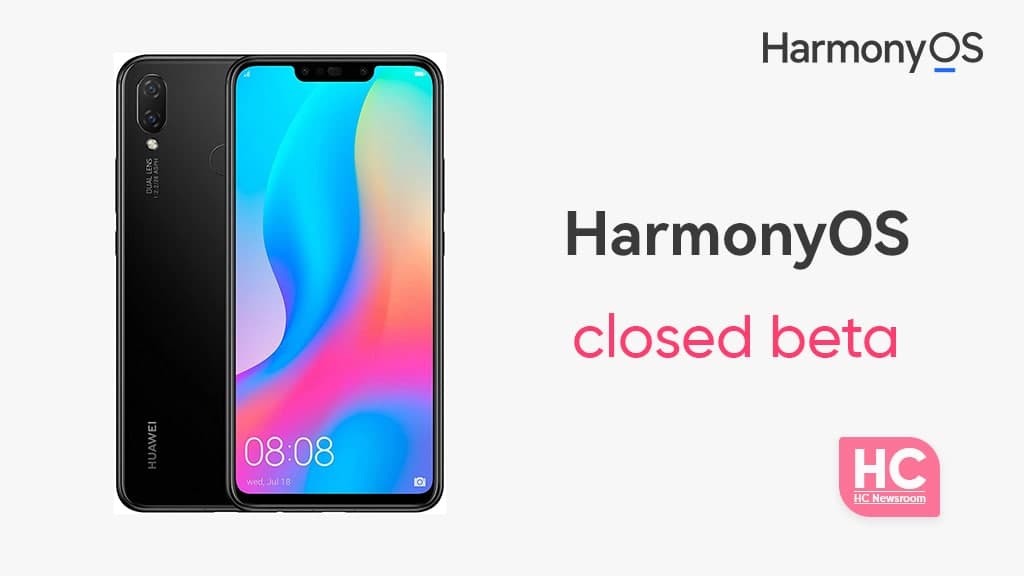 HarmonyOS 2.0 closed beta program will next start for 6 Huawei phones that are one of the popular choices of budget and mid-range consumers. This confirmation also begins the countdown to the final testing phase of the Huawei operations system.

Following the official recruitment, the company will also reveal the rollout dates for the HarmonyOS 2.0 on the corresponding phones that will come with major features and a new set of features.

These phones are popular and have made their own audience in both domestic and in the global market. Yet, the initial rollout will bring joy among the device owners. 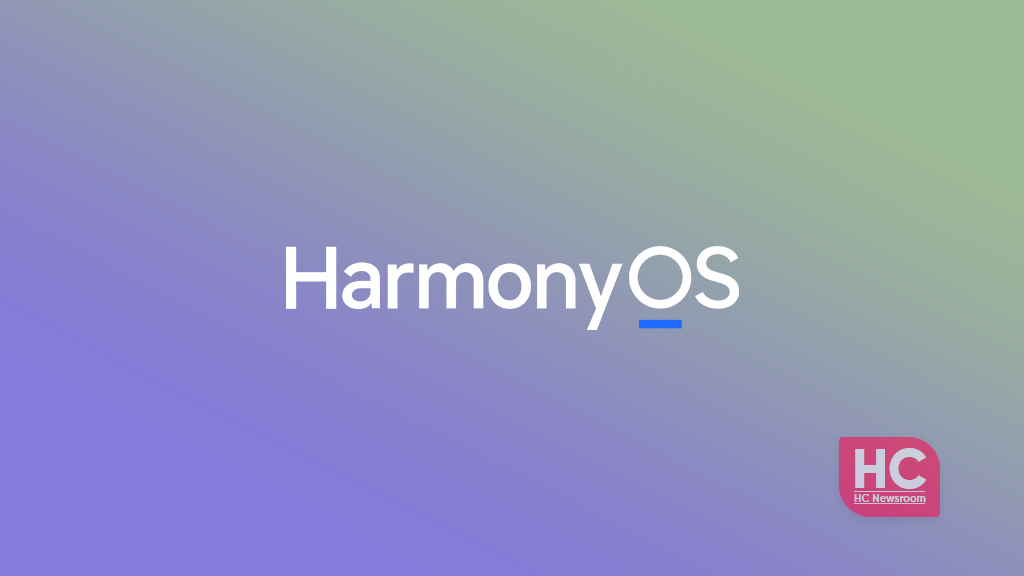 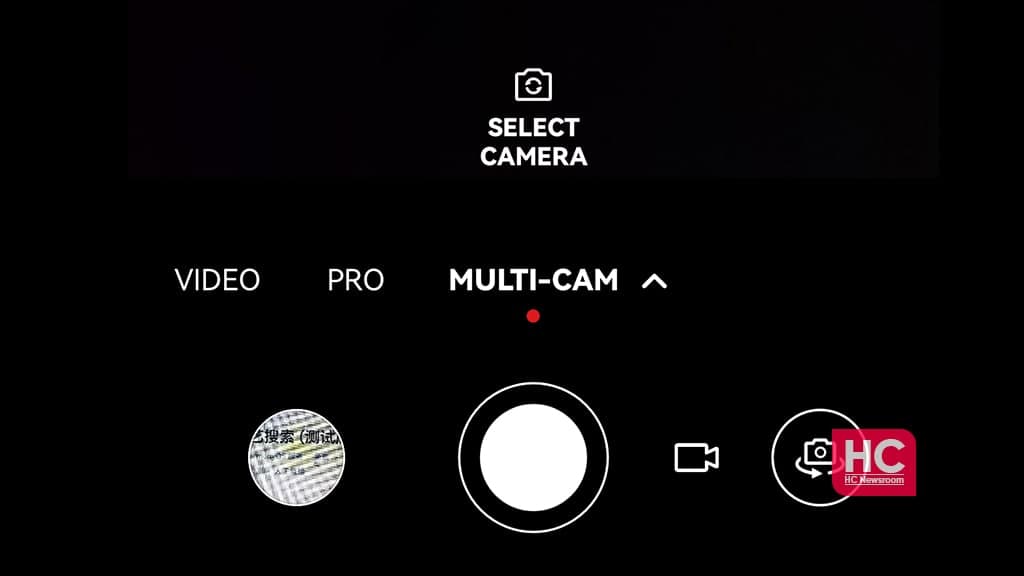 At present, Huawei HarmonyOS is one the most favored operating system to capture headlines in the software industry. There are so many things that grabbed our attention like its features, rollout process, markets, update schedules, users experience, and so on. Alongside the market competition, the Huawei device holders are also keeping their eyes on these things.

The reason is its amazing distributive capabilities and features that make excite users. Over this, the Chinese tech giant continuously adding more delightful features that make users think- WOW! we can also do this. In this article, we are going to discuss one of the HarmonyOS exclusive features called- multi-camera mode.

Which device cloud use multi-camera mode:

HarmonyOS 2.0 version 2.0.0.166 officially installed the multi-camera mode on eligible smartphones. The flagships device, which has been updated over this version can use this photography mode. We can count 20 devices including the Huawei P50 series, Mate X2, Mate 40 series, P40 series, Mate30 series, Huawei MatePad Pro 12.6-inch, etc for receiving this camera mode by this time.

As of now, it’s only available for Chines models. You can match this update version on your smartphones if you have already installed it, will be able to use this feature.

Where to Find: Under the same WiFi or Hotspot users can find the multicamera mode on the camera app. Just select your friend’s device after opening the camera preview and you can start shooting the scene or whatever you have planned.

What is HarmonyOS multi-camera mode:

The recently added multi-camera mode lets the user access the camera on other HarmonyOS devices during the video shoot. In means, a user can access the camera of other users with the same version for clicking snaps or recording videos in a certain range.

In other words, the new feature allows you to connect multiple HarmonyOS devices including smartphones and tablets simultaneously and control their camera. However, they must connect with the same Wi-Fi network. When the connection is established, the user can record videos from various views through one device using the default camera app.

Additionally, users could remotely control the camera on other devices using a single smartphone. It allows multi-angle shooting at the same time using different devices. The users that are often involved in video shooting such as vloggers, videographers, social media influencers, etc will feel blessed after having this multi-mode.

Benefits of having multi-camera mode:

Let do a point-to-point comparison and understand what this mode has brought us. Suppose a scenario that you are shooting a video with your friends somewhere in between lake or sea enjoying surfing, paddling a sea kayak, or any other sport. We’ll discuss two situations, the first one with normal camera mode, and the second one with multi-camera mode.

In the first condition, you and recoding a group video from multiple angles using two or more cameras on a smartphone or tablet.  In this condition, all you can do is to shoot one scene from different devices placed at different angles. Afterward, you have to merge those videos and set the order using other video editing tools. It’s not only hectic work but time-consuming too. 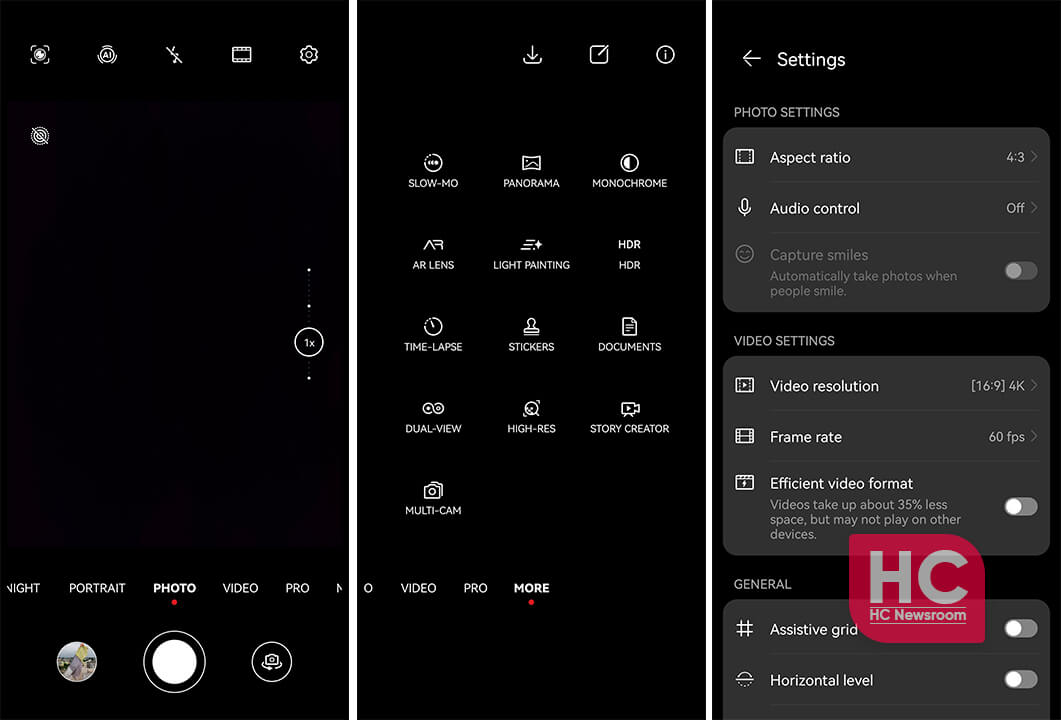 This situation can be more simplistic with the HarmonyOS multi-camera mode. If all devices are on the latest HarmonyOS version, all you have to do is to set the device at the angles you want to recode video from. Now, turn on the multi-camera mode and recode the seen simultaneously in one decision. Furthermore, you can also switch in between the back and forth during the record. No after recoding work, no video editing tool, all is to just to set angles and shoot the video. Isn’t it amazing?

Nowadays, the multi-camera mode isn’t a big surprise with the latest technology. It’s a come thing is moving, web series, variety shows, daily soaps, even in short moving. This multi-angle view lets the audience experience the same scene from different respective and brings a more engaging and enjoyable experience.

Smartphone with multi-camera modes is quite tricky and surprising. Although, shooting the same scene with a different smartphone simultaneously can capture multi-angle scenes, control them was still a big issue. HarmonyOS multi-camera mode is the answer to the question that makes controlling all device the device connected under the same WiFi network easily.

Huawei smartphones are well known for their camera capabilities and modes. The Huawei P50 lineups are the most recent example of it. The captured shots from the device present vivid details of the object is doesn’t matter how far or close it is. moving ahead, its 100x zooming ability can reflect any object just in front of you. (Read Here)

The P50 lenses are already amazing, are attracting users to forget about other spaces. Adding to this, the company also brings the ability to switch between videos without terminating them with Nova 9. It’s said since Huawei P9 the company started to boost up its camera technology, and now the result is in front of us.

Overall this camera mode is one of the coolest features that HarmonyOS provides. On top of this, Huawei Mate 50 is still in line that’ll debut in the first half of 2022. After, receiving these more than amazing features users have high expectations from the company. Besides, it haven’ made us disappointed even in this severe situation. It’ll be interesting to see, what’ll the company bring next.

Since beta testing is a staged process, Huawei conducted and released several betas builds to developers. After three months of internal beta flight, in April, the company expanded HarmonyOS beta testing for more devices such as Mate 40 series, Mate X2, and others, labeled under HarmonyOS 2.0 developer open beta.

In the following month, mid-range smartphones – Huawei Nova 6, Nova 7, and Nova 8 lineups also joined the second phase beta activity in the second round of the Developer Open beta.

After 6 months of trials and developer testing, Huawei finally made up its mind of sending HarmonyOS on the consumer version of smartphones and it began on June 2.

On June 2, Huawei officially launched HarmonyOS for smartphone devices, a brand new operating system and a successor of EMUI software system, which was based on Android.

HarmonyOS is surely interesting, isn’t it? But the key interesting thing is, which devices will get HarmonyOS software update and when will it start to rollout? Well, Huawei has shared its official roadmap of upgrading old devices with its operating system and it’s detailed below.

This rollout plan has blown my mind as it covers devices that go up to the year 2016, and it’s absolutely insane and beyond my words. This is surely exciting news for the Huawei consumers and it reflects that Huawei wants to change all of the Huawei devices (launched in the past) on HarmonyOS.

Here, you can check all of the information about the HarmonyOS upgrade plan, timeline, and rollout devices.

Devices that will get HarmonyOS from June 2, 2021:

Devices that will get HarmonyOS from the third quarter of 2021:

Devices that will get HarmonyOS from the fourth quarter of 2021:

Devices that will get HarmonyOS from the first half of 2022: