Huawei P40 Series is scheduled to launch on March 26, at an online event that’ll be broadcasted from Paris, France. Ahead of this official unveiling, two phones from this upcoming lineup have been certified in Thailand to grab a local launch date.

Huawei has certified model ANA-NX9 and ELS-NX9 from The National Broadcasting and Telecommunications Commission as Huawei P40 5G and P40 Pro 5G respectively (via MySmartPrice).

Similar to their 3C and TENAA variants, both of these models come with 5G network support, which obviously is powered by Kirin 990 5G supporting NSA/SA dual-mode 5G architecture.

Other than its certificate, there’s no additional information revealed by the certification authority.

According to the 3C listing, Huawei P40 and P40 Pro will come with 22.5W and 40W charging capacities. Both of these chargers likely to have improved performance compared to Huawei P30 and Mate 30 series, launched last year.

As per the previous reports both also have a third high-end model that will be boasted with heavy specs like five rear cameras and a triple front camera. 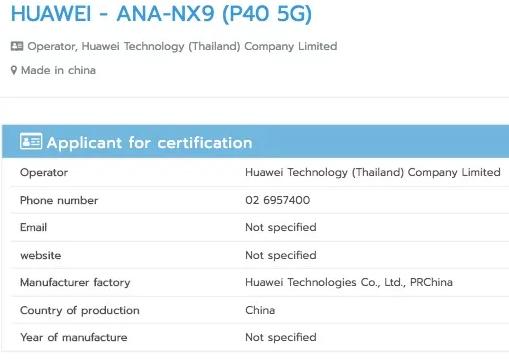 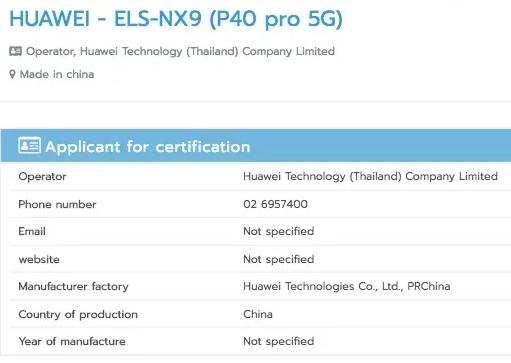