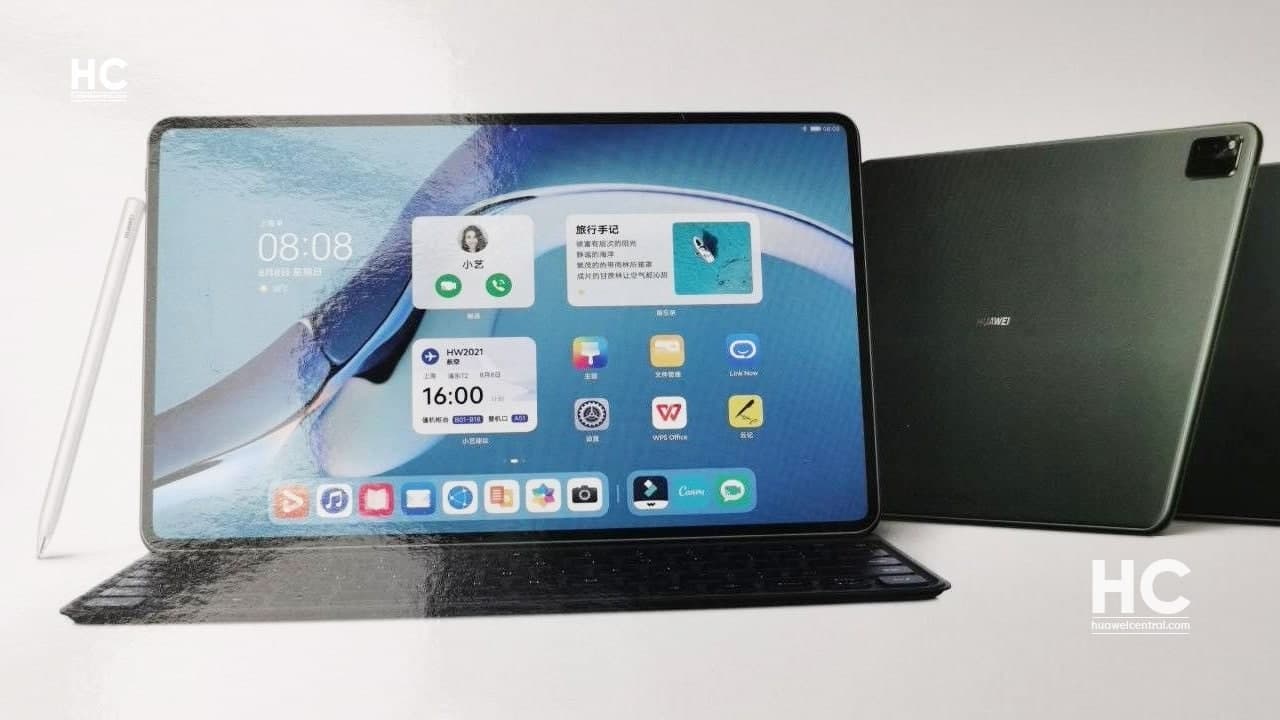 
Huawei‘s self-developed operating, HarmonyOS (Hongmeng OS) system is ready to make its debut among consumers on June 2 event. Along with this new software, Huawei is bringing its new smartwatch series – Watch 3 on the stage, while there will be more surprises awaiting us.

Specifically mentioned, the Chinese tech giant will also unveil new flagship tablets under the MatePad Pro brand. And this upcoming tablet has now appeared on a leaked promo poster.

According to the information, the Huawei MatePad Pro tablet shown in the image has a giant display and the screen-to-body ratio is the highest among any tablet in the industry. 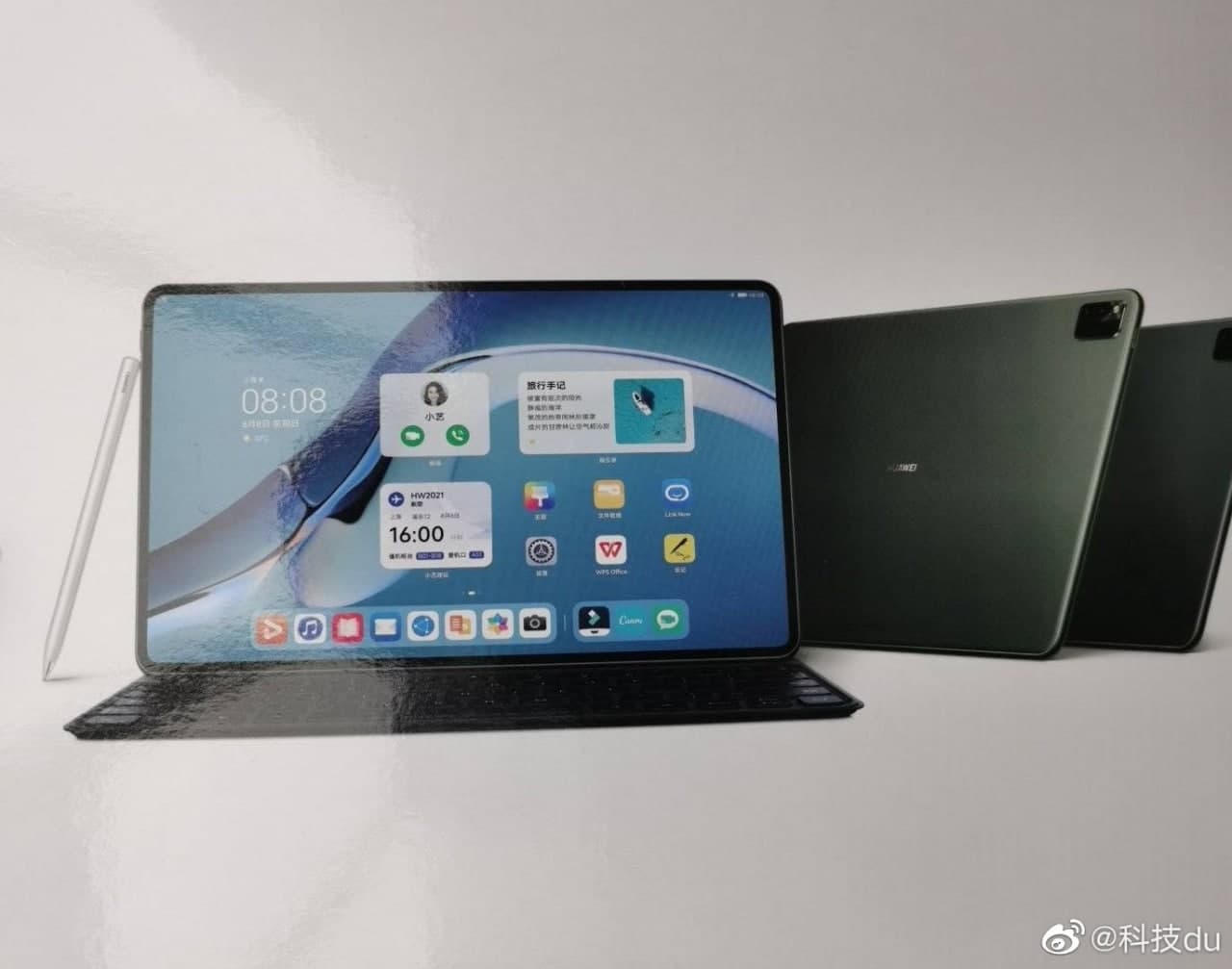 On the other side, it reflects that Huawei has worked very hard to pull this new design and the rear looks absolutely astonishing with that vertically placed camera setup and the color scheme seems also unique.

To be mentioned, the new HarmonyOS user interface is clearly visible, and the second-gen M-Pencil, as well as keyboard, are there to support this giant tab.

But information, coming from Weibo blogger suggests that Huawei MatePad Pro 2 series will have two variants including a WiFi-only model, powered by Kirin 9000E processor. On the other side, the 5G version equips Kirin 9000.

Previous information reveals that Huawei MatePad Pro will come in two screen sizes of 12.2 ad 12.6-inches. These devices will have 8GB of RAM and a large battery that can recharge with a 40W Huawei SuperCharge charger.