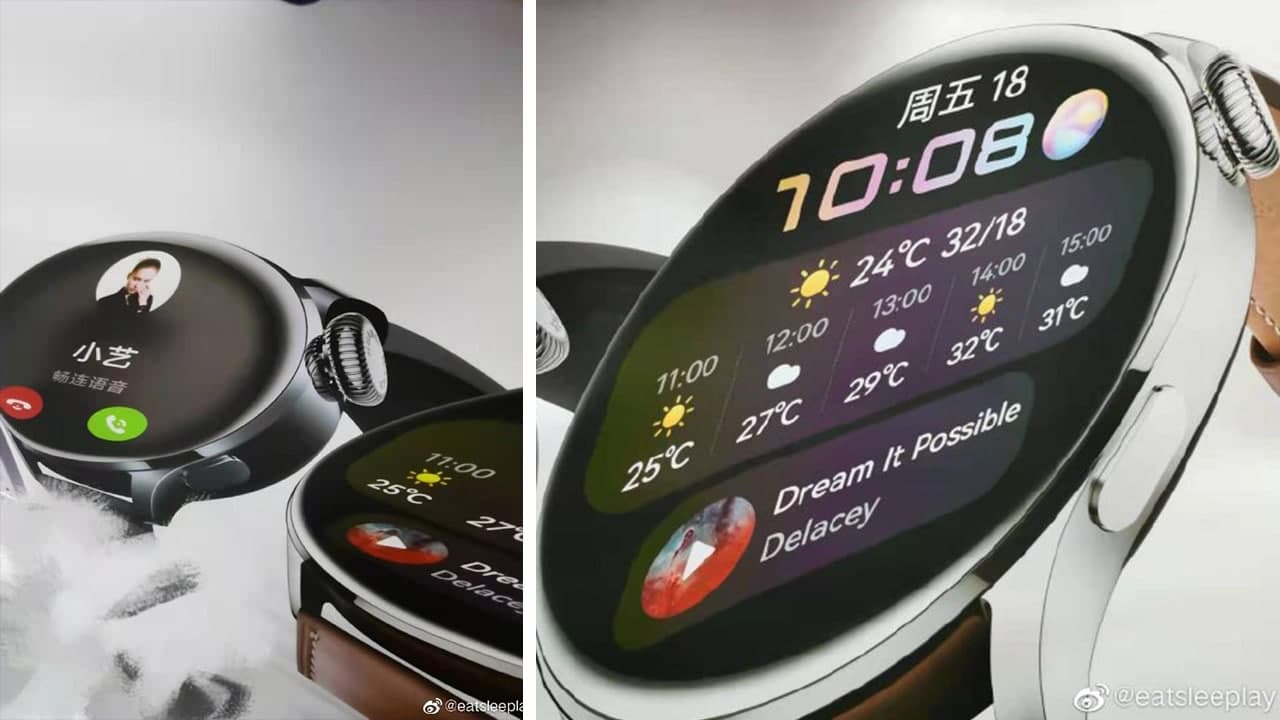 We’re just a few days away from the launch of the Huawei Watch 3 series, which consists of two smartwatches – Watch 3 and Watch 3 Pro. Both of these models will be the first devices in the smartwatch segment to be powered by HarmonyOS operating system.

Up until now, there’s has been no render leak appeared regarding this upcoming smartwatch lineup but now there’s one that landed just in front of us.

A leaked promotional image cutout has been surfaced on Weibo, which allegedly shows Huawei Watch 3 series. According to the image, there are two variants of the watch that are visible – the first seems to be crafted with a Saphire frame and silicone strap. The other has a stainless steel frame with a leather strap. 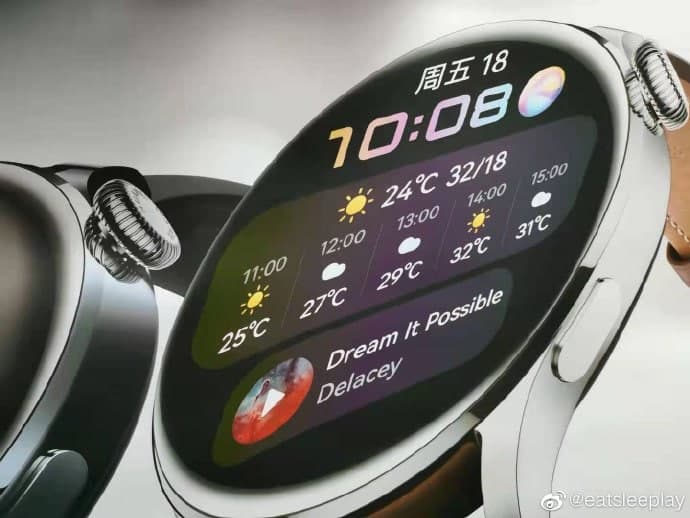 The display in the render is pretty smooth and big, as it expands up to the very corners of the frame. Also, bezels on the edge are slightly curved.

Still, the render is not clear, so we cannot decide what the Watch 3 lineup really has to offer in terms of full-screen experience. 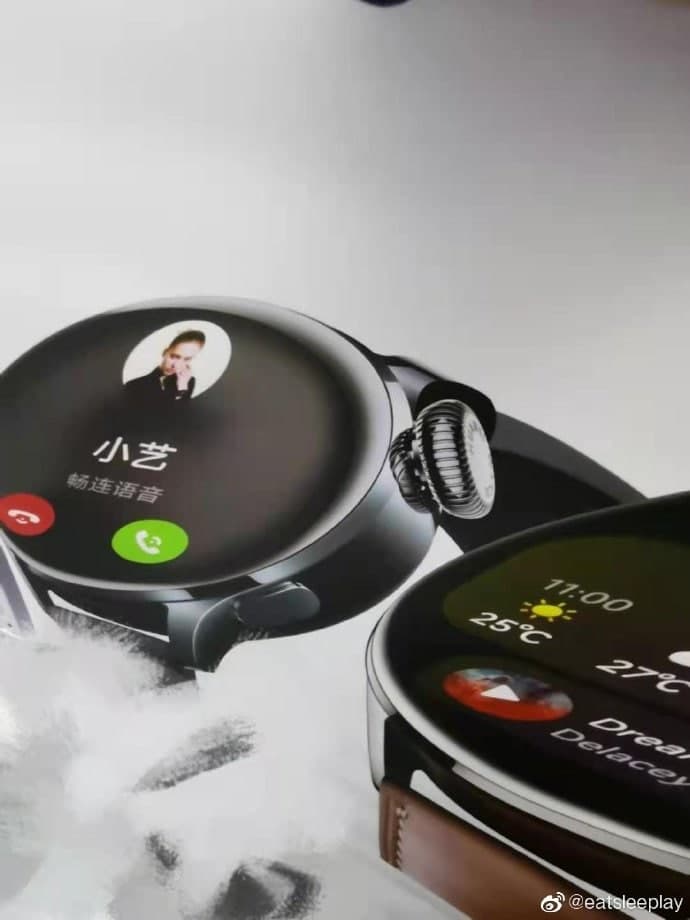 The user interface shows a number of widgets including time and date, weather as well as Music playback information alongside Celia voice assistant.

Furthermore, the side buttons feel very new because there are two buttons placed on the right side of the watch and the one placed above is quite interesting. The button is round and kind of reminds me of something similar to the Apple Watch Series’ Crown key that supports both clicks and rotating features.

For now, this is the only visualization of Huawei Watch 3 that we’ve got to see so far, but there’s more surprise waiting for us as we’re moving towards the launch date.

But Wait! Where are you going? There’s more you can know about Huawei Watch 3 series in the information linked below.

According to the previous information, the Huawei Watch 3 series will be powered by HarmonyOS operating system and come with eSIM support for in-device calling, better multi-device multi-collaboration features, support third-party apps.

There will also be some new health features such as temperature detection, breath detection as well as AI-powered features to provide better health-related readings. 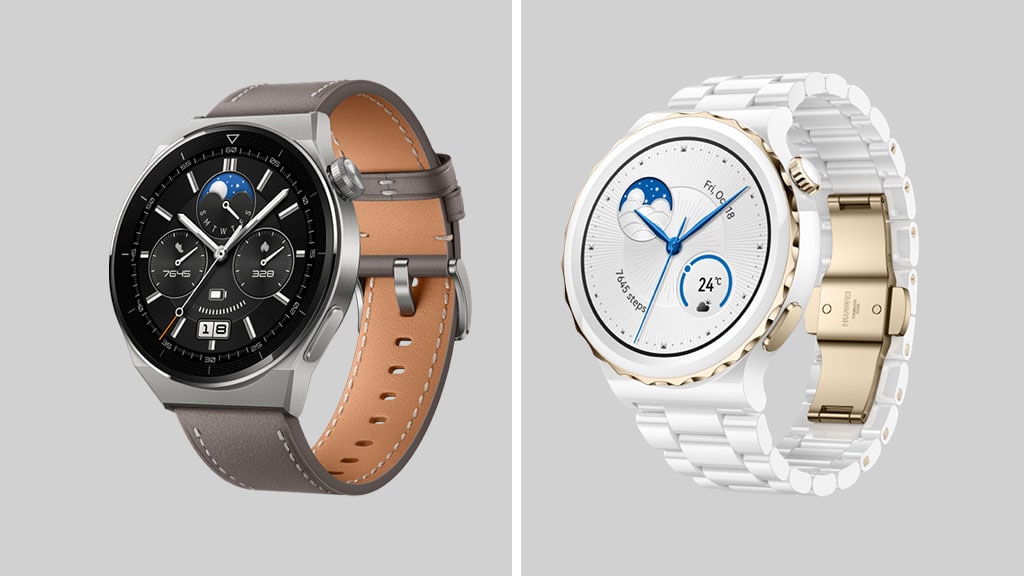 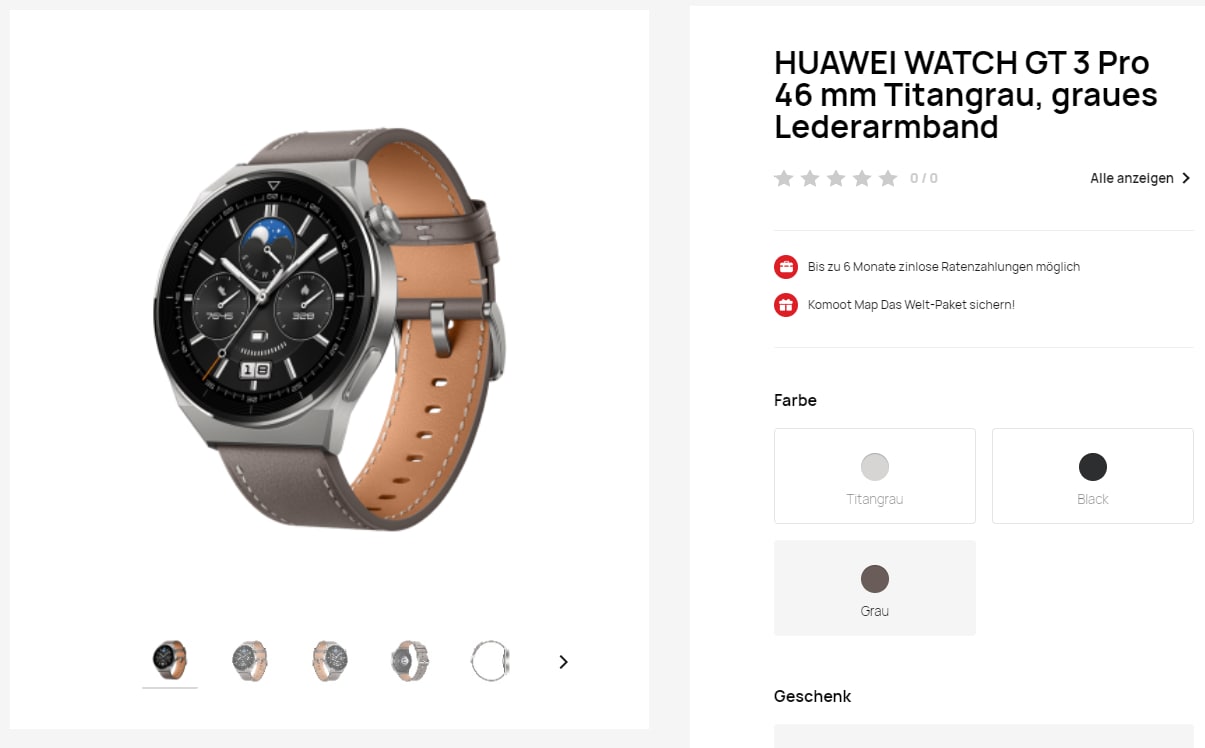 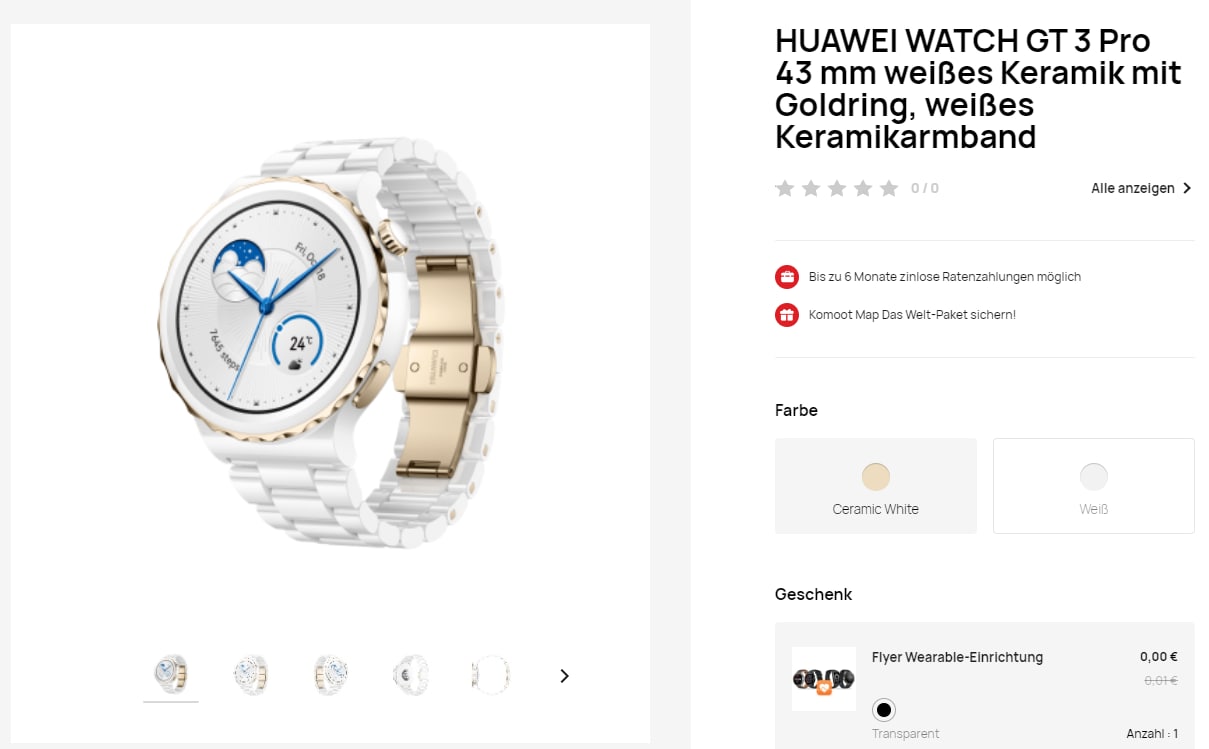