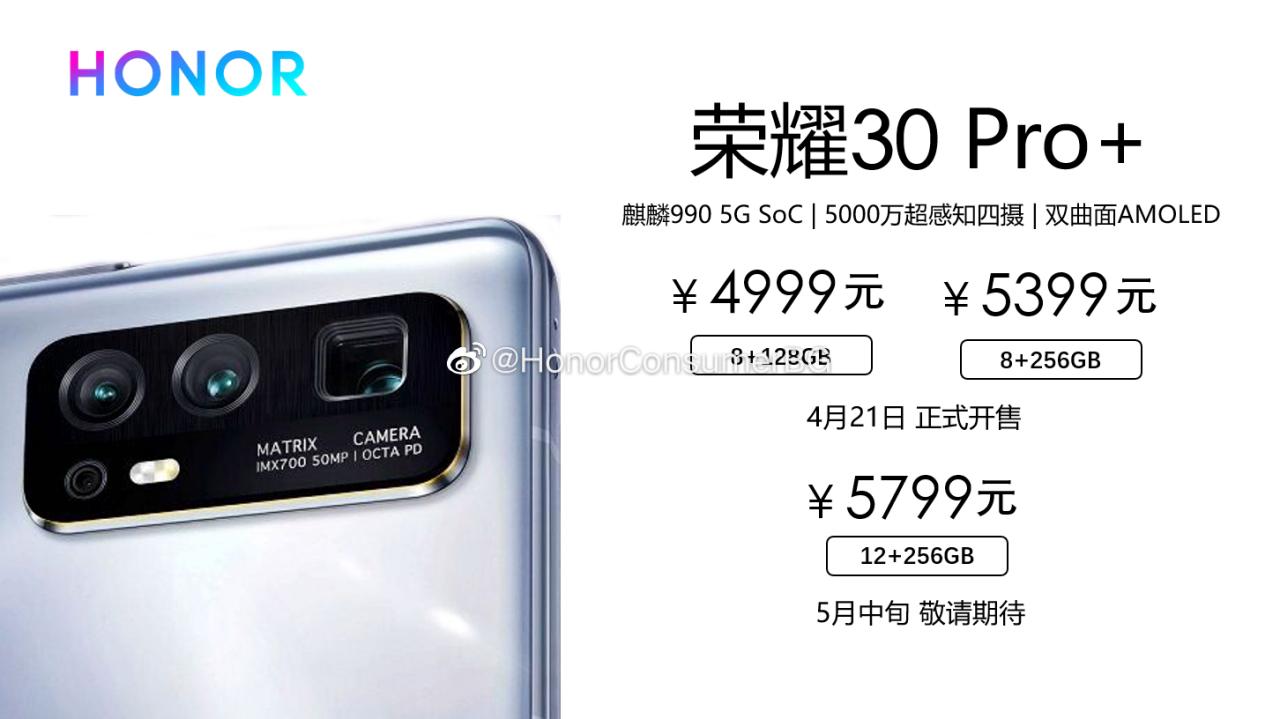 Honor 30 series will launch on April 15 and it’ll comprise of three models similar to the Huawei P40 series including a “Pro+” variant. Since the Pro+ version is high in price, it also equips extra specs.

Regarding the Honor 30 Pro+, a Weibo user recently leaked a render. The render contains some of the key information Honor 30 Pro+, its pricing, and availability in China.

According to the promo poster, the phone equips Kirin 990 5G chipset, 50MP super-sensing camera, and OLED display fingerprint. Most importantly it has a 12GB RAM variant, which will be the first in both Huawei and Honor smartphones.

It’s possible that the P40 Pro+ also has a 12GB RAM version but it’ll be on sale starting June. However, the P40 Pro+ initially launched with 8GB RAM.

The poster also reveals Honor 30 Pro+ pricing and availability including the following:

The 8GB variants will be available from April 21 in China and the 12GB RAM version from mid-May.

In terms of specs, the pricing of the phone seems very cheap compared to other flagship but there’s no confirmation on any of the price tags at the moment.

Moreover, it has the phone printed on the render featuring a quad-camera setup as well as a periscopic lens. 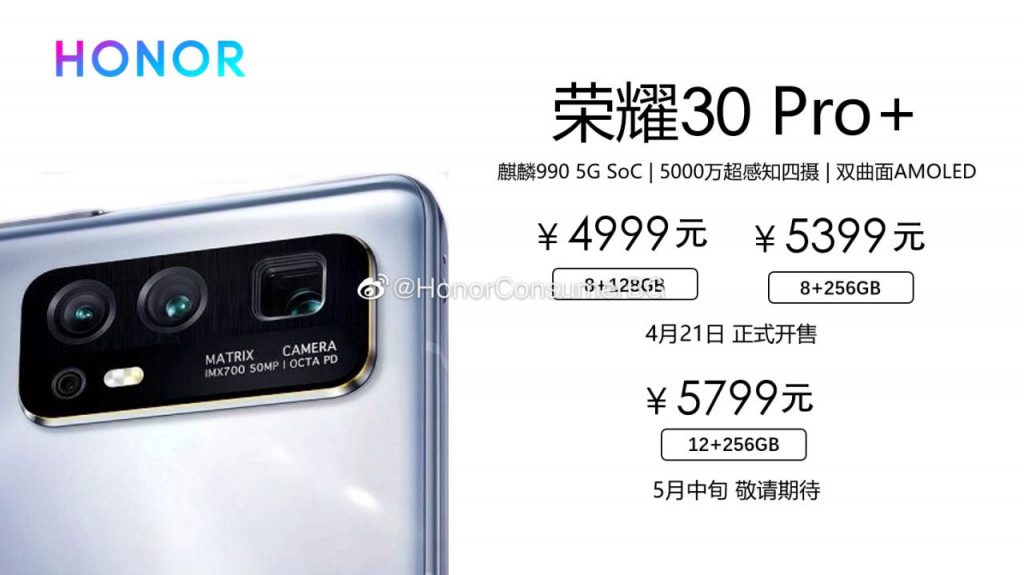 Previous reports reveals, the Pro models of Honor 30 series will have a pill type hole-punch display and curved edge display. The edge curves seem to be bigger than the P40 Pro and the back of the phone has 3D glass that also curves on edges to meets the curves on the front.

Honor 30 Pro will come with Curved Display, first in the entire Honor smartphones 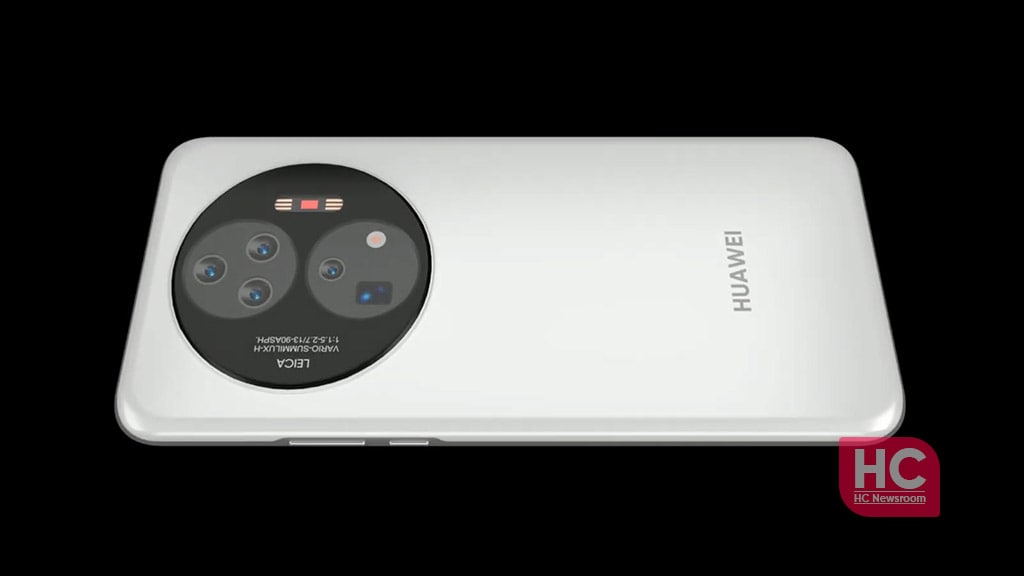 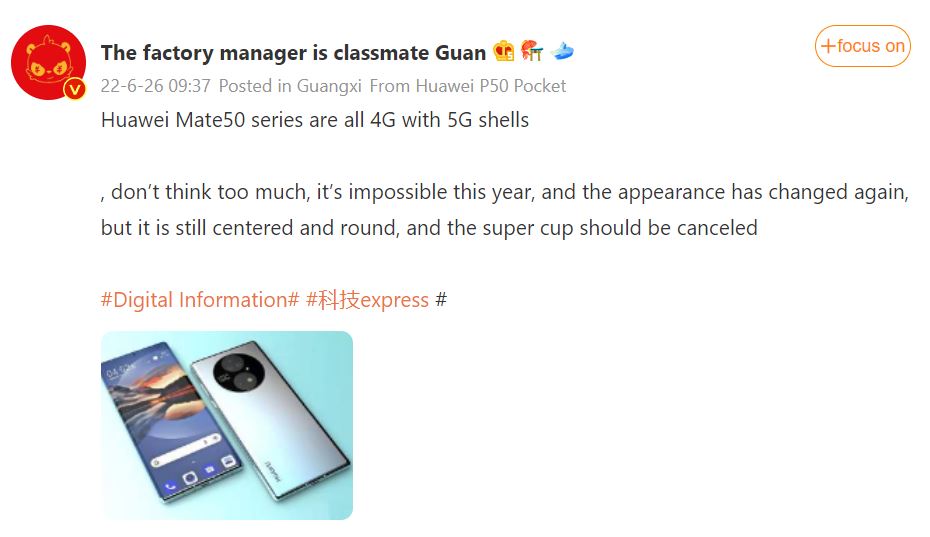