Honor has just announced its first mid-range 5G phone – Honor 30S and the company has announced that it’ll be launching an annual flagship in April.

According to the official announcement, Honor will launch Honor 30 series on April 15. The company has also shared a promo image, including the brand ambassador, while the rear design of the phone has AG matte + silver finishing as well as curved edges.

Following the launch of Honor 30S, President of Honor – George Zhao has told that the Honor 30 series is the most beautiful mobile phone. The phone series will be “impactful” and technology-driven.

According to the previous information, the Honor 30 series will be including three models – Honor 30, 30 Pro and 30 Pro+. However, none of these confirmed officially.

A recent leak shows us that the phone series also has a new standard Honor 30 model, which will feature the following camera specs:

The phone equips a triple rear camera and an LED flagship, the phone’ design looks very similar to the Honor 30S with curved back panel. 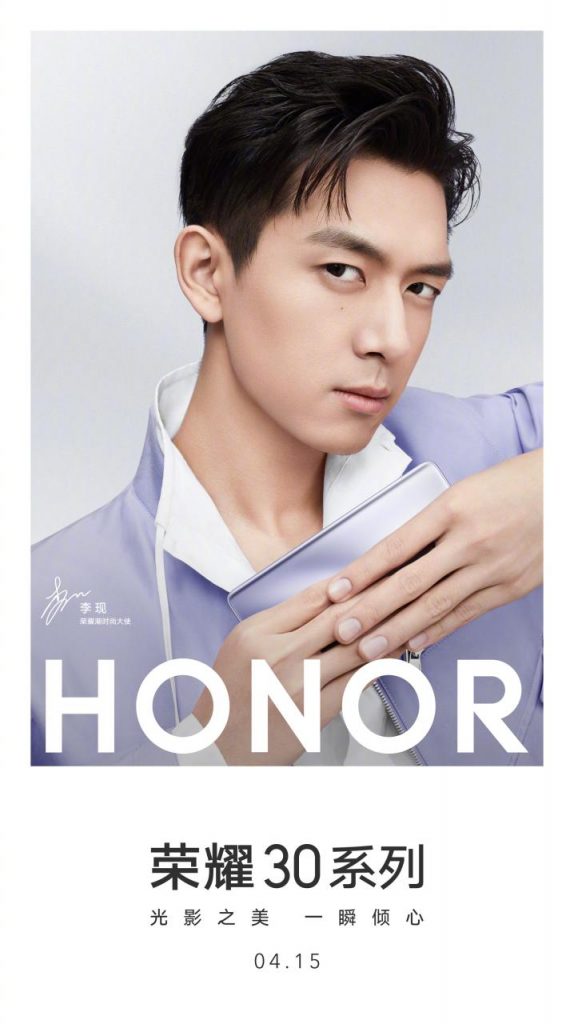