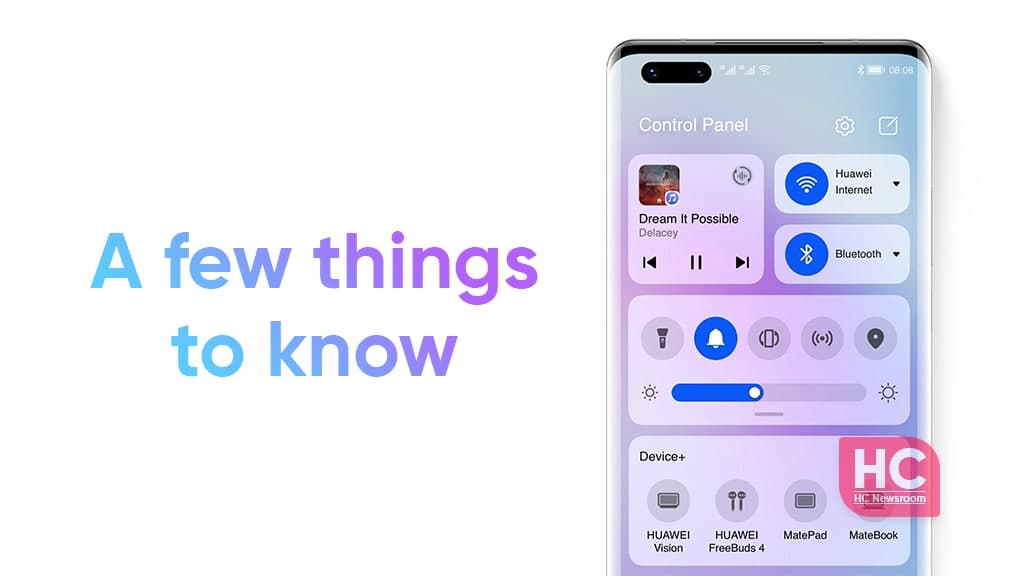 Huawei has started to rollout EMUI 12 beta for the consumers and it comes with a set of new features that every Huawei smartphone owner wants to use. However, the software is in the beta phase and only a handful of Huawei consumers can access this software. Still, there are a few things that you should know about installing the EMUI 12 beta.

By its nature, a beta software’s behavior and features change with each iteration of OTA software rollout until the final (stable) rollout is initiated by the software maker. On the other hand, the instability also means issues with the current software ecosystem as it changes to the next one. The result could be some issues in the existing features and compatibility with certain apps.

The EMUI 12 is no different from this concept and installing the first EMUI 12 beta could bring some minor bugs and issues on your smartphone.

Also, some third-party apps that are not compatible with EMUI 12 may not work after the upgrade. So, it’s recommended that you update these apps to the latest software version from AppGallery.

Moreover, if you encounter any issues during the testing, you can hope on to the Beta app and report that issue or bug to help Huawei to find out and resolve it for other users too.

Keep sufficient storage: EMUI 12 beta weighs over 5.5 gigabytes, that’s a pretty huge size for an OTA update but it’s not unusual to see. So, what you should do is to free up some space and jump right into the upgrade section but the OTA update package will be deleted automatically once the installation completes.

Back up your Data:

Although the update won’t erase your personal data but we recommend you back up important data before updating to the latest software version.

Compared to EMUI 11, Huawei has made some changes in the user interface that makes it closer to the HarmonyOS 2.0 UI. So, you will feel the new changes in the beta software rollout.

You just need to open Settings app > System & updates > Software updates > CHECK FOR UPDATES, if the update is rolling out for your smartphone then it would appear on the right path.

Google apps are not working on Huawei EMUI 12?

Huawei Nova 5T October 2021 update is rolling out, what about EMUI 12?