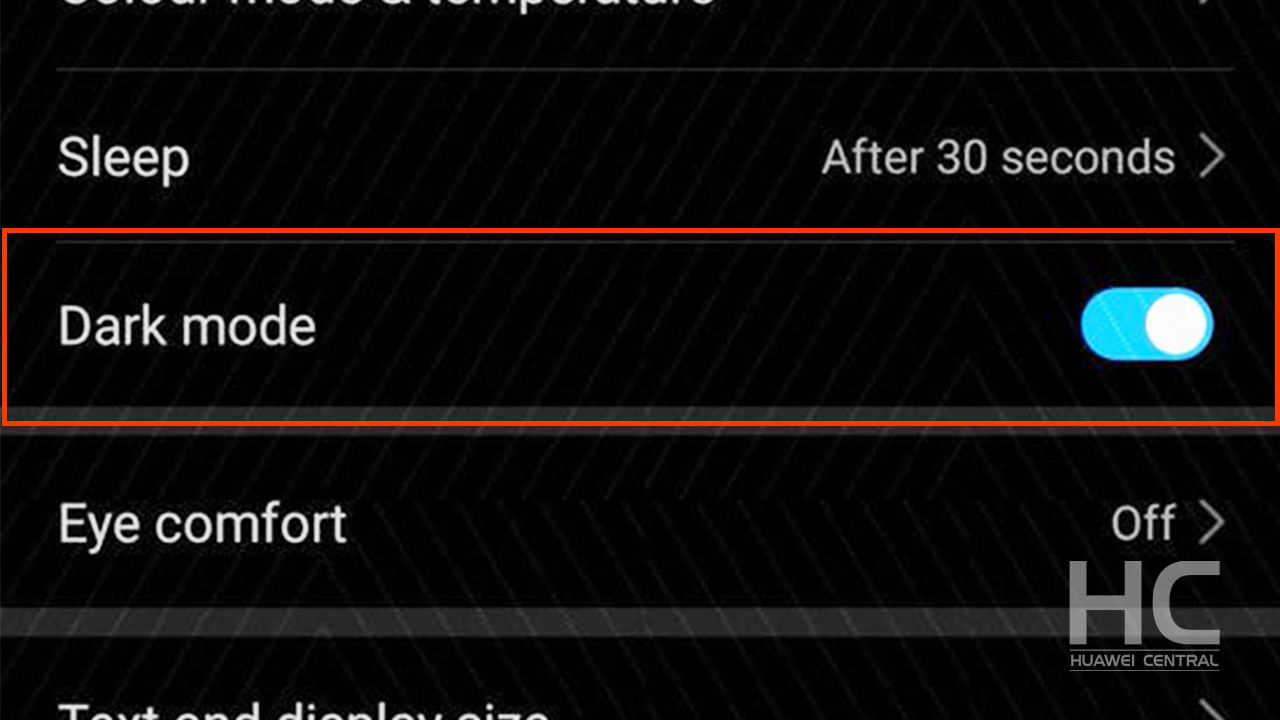 
We’ve recently seen a leaked beta version of EMUI 10 that revealed quite a few things about the changes made in this new version including a separate ‘Dark Mode’.

This could be our first look at EMUI 10
The EMUI 10 has included a ‘Dark Mode’ under Display settings, which applies system level dark theme on the interface. Although, it’s not like that it’s something new to Huawei phones because the dark interface feature was there in the previous version of EMUI but placed under ‘Battery’ with a different name.

Also, the company may expand support of Dark theme to its other system level applications in EMUI 10 to completely blend with the theme. Though it’s not an official beta software but we could expect that the company will add more features from the Android Q including new notification gestures and more.