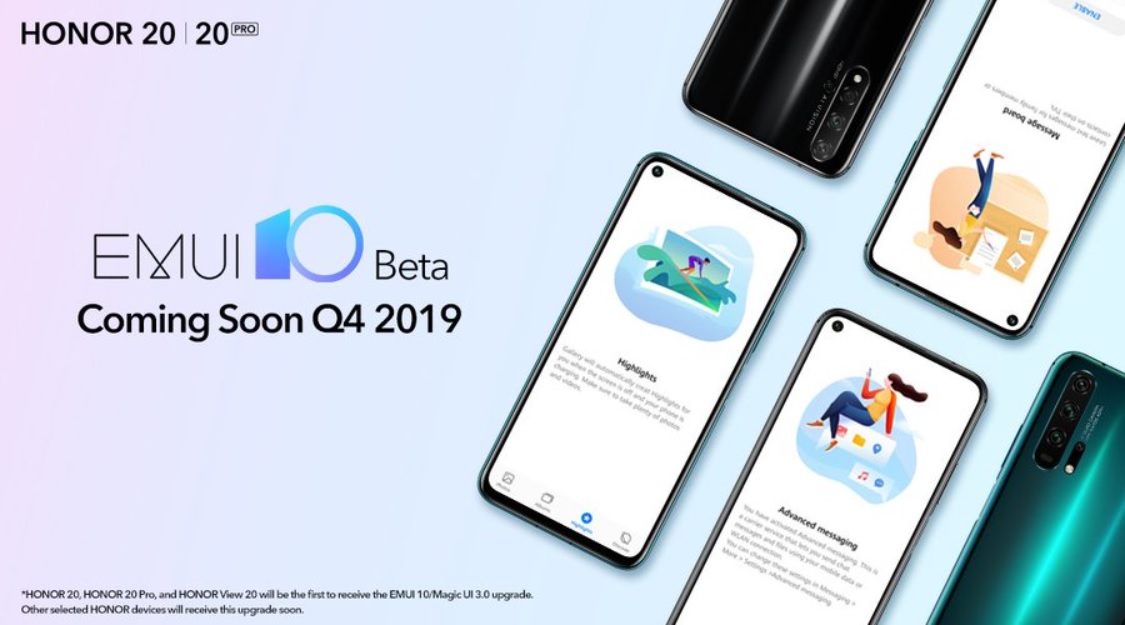 The Chinese smartphone users may get this EMUI 10.0/Magic UI 3.0 beta update early. Previously, Huawei announced it will start the beta program for the Honor 20 series and View 20 in late September.

The above statement hints the beta program for the above-mentioned smartphones may begin in early next month and end in late November.

Stay tuned for all the latest information about the EMUI 10 software update.