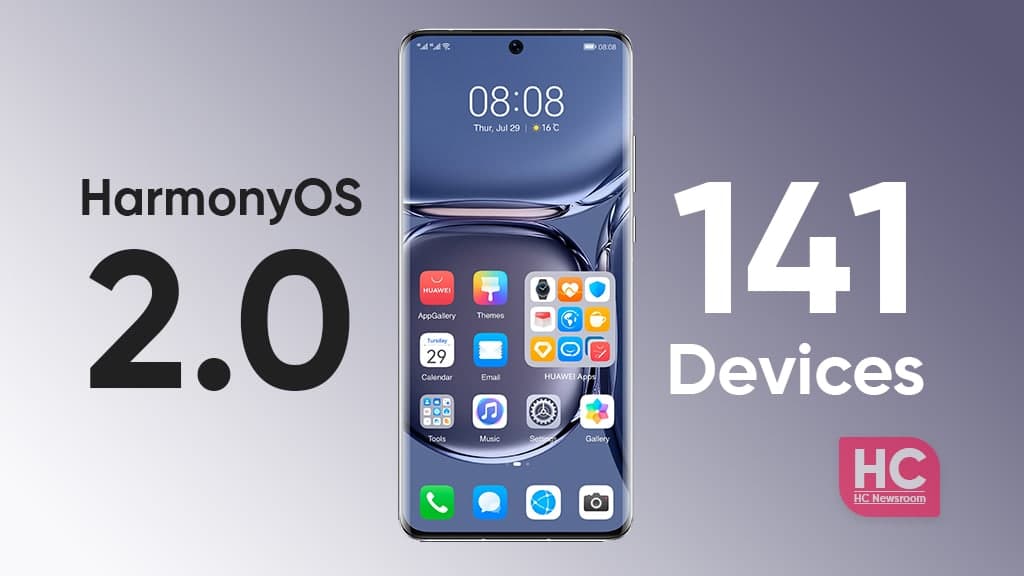 The list of 141 HarmonyOS devices includes almost every possible Huawei smartphone, tablet, and smart TV launched in the past. Therefore, it’s a huge progress that has been made by the Chinese tech maker.

Let’s take a look at these devices that have access to the HarmonyOS 2.0 software.

Coming to the tablets, the MatePad Pro and MediaPad lineup have also been listed with the list of compatible smartphones that participated in the upgrade roadmap.

There are Huawei smart screen smart TVs consisting of different sizes and ranges from the latest to the oldest models. In the end, there are a bunch of Honor smartphones running up such as Honor 30, V30, V20, Honor 20, as well as other important Honor models from the past.

As of October 2021, Huawei has installed HarmonyOS 2.0 operating system on 200 million devices. This figure is likely to follow the upcoming installations that have now been posted on the graph. However, HarmonyOS remains exclusive to Chinese consumers and models.

HarmonyOS 2.0 for smart devices comes with a new user interface, intuitive UX that is so interactive and interesting for smartphone users compared to EMUI software based on Android. There are also some new features that make stand above all of the other mobile operating systems.