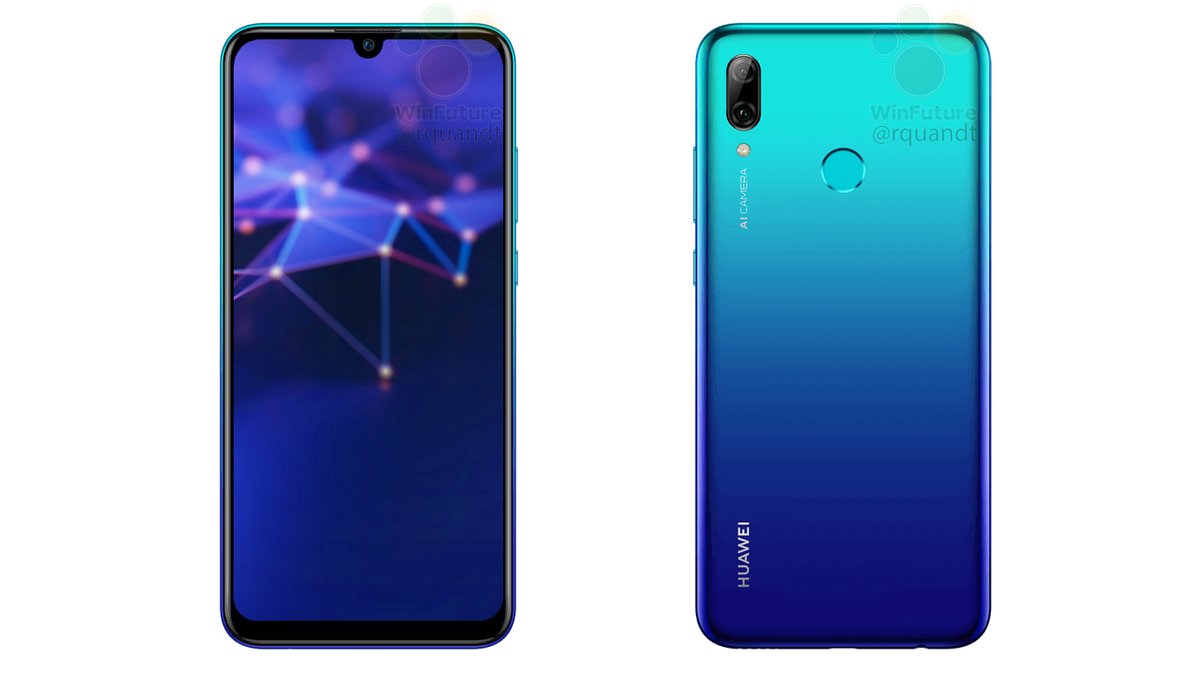 
For the first time, we have official press photos of the new model – Huawei P Smart 2019.

Here’s the list of devices that will get the EMUI 9.0 update based on Android 9 Pie

Huawei’s own Kirin 710 Octa-core SoC is under the hood and 3/4 GB, while the internal flash memory is 32/64 GB. It features four ARM Cortex-A53 cores with a maximum of 1.7 gigahertz and four high-end cores based on the Cortex-A73 architecture with up to 2 2 gigahertz works.

It may come with a 24-megapixel camera on the front, while behind a 13-megapixel main sensor and a 2-megapixel camera. The battery is a 3320mAh large power storage, which is officially specified with 3400mAh.  As operating system Android 9.0 “Pie” in connection with the Huawei-own surface EMUI in version 9.0.

The Huawei P Smart 2019 will probably be officially launched in the next few weeks, with the price likely to be around 250 euros ($280).

In Europe, the device comes in the colors “Midnight Black” and “Aurora Blue” on the market, the latter variant offers a gradient from dark blue to a turquoise tone.