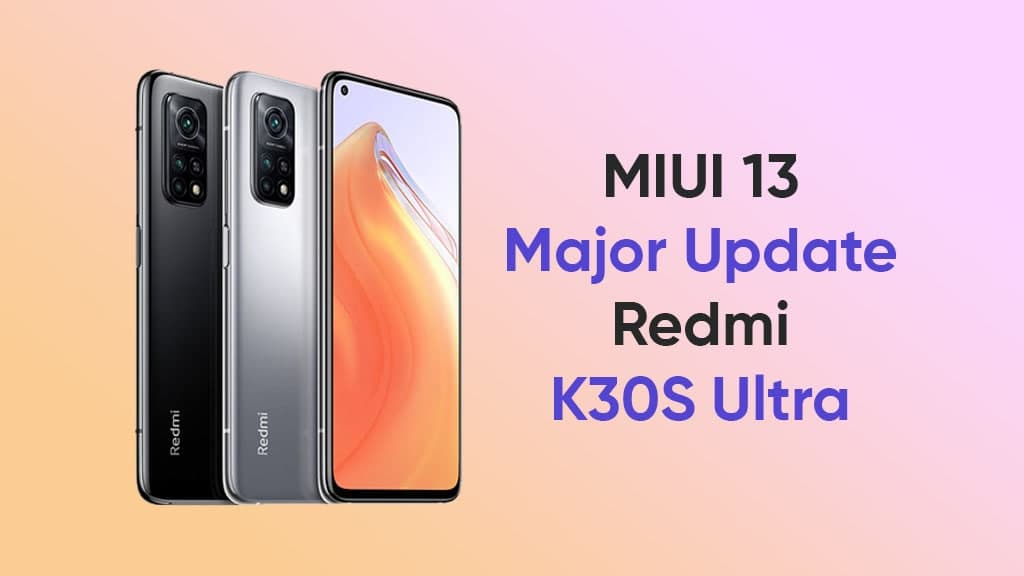 Xiaomi has unveiled the MIUI 13.0.1.0 update based on Android 12 for the Redmi K30S Ultra smartphone. At the present moment, this update is rolling out in China with the OTA medium and will soon expand in other regions.

Previously, the devices have grabbed the MIUI 12.5 update in early December 2021. With the inclination of providing a next-level advancement to the device, the company revealed a major update. Further, these updates are forming in two variants: Stable beta recovery and the developer extension.

The stable beta recovery offers various changes and implements to the device in comparison.DEV extension. On the contrary, the extension only gives preference to optimizations and improvements for internal structure. Whereas, beta recovery has many traits to deliver. Let’s see, what are these traits.

NOTE: To be able to use all MIUI 13 privacy protection features, update Gallery, Security, Contacts, and Messaging to their latest versions

Widgets: New gorgeous widgets for system and third-party apps including clocks, signatures, stickers, and a lot of customization.

NOTE: To use the above applications with new features, make sure that they should be updated to the latest version.