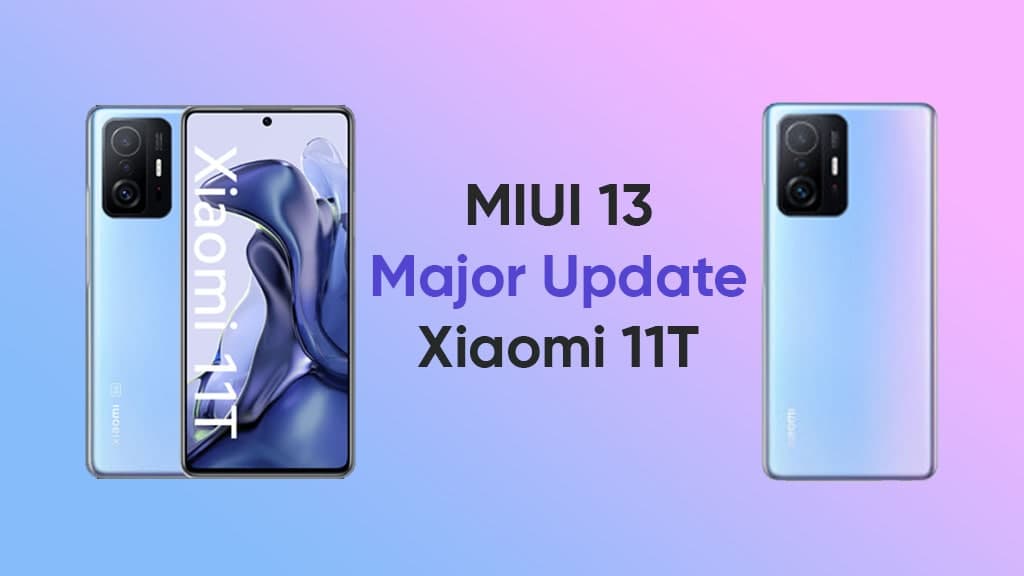 Xiaomi 11T smartphone gets access to Android 12 based MIUI 13 major update that comes with version MIUI 13.0.2.0. In the current scenario, the update is circulating in Global and EEA ROM. Hence, we can assume that users with their device running on a Global/European system can have a far better experience with the latest MIUI 13 interface.

Xiaomi 11T packed up with MIUI 12.5 (Android 11) interface when came into existence. So far, Xiaomi made a statement that the super smartphone will receive 3-4 major updates in the future. Consequently, the company marked its words by releasing the initial major update for the smartphone.

According to Xiaomiui, being at the initial stage, the major update is in the access of beta testers. After a quick inspection, the major update will take place publicly through OTA distribution. However, the users can opt to install the update manually as well.

Along with Xiaomi 11T, many other flagship smartphones are introduced to the new interface. These include Mi 11, Mi 11 Ultra, Redmi K30S Ultra, and more.

MIUI 13 brings several tremendous features that make the device function more efficiently and effectively. From the display point to the internal structure, everything gets advanced with the new MIUI interface.

As we explore the changelog, we find out that it contains a little fewer features and optimizations. Yet, these features enhance the system reliance, maintains stability, and fix the bugs and errors of the device. Moreover, we can expect to have more feature upgrades in the upcoming days.

With respect to the features:

With respect to the system: