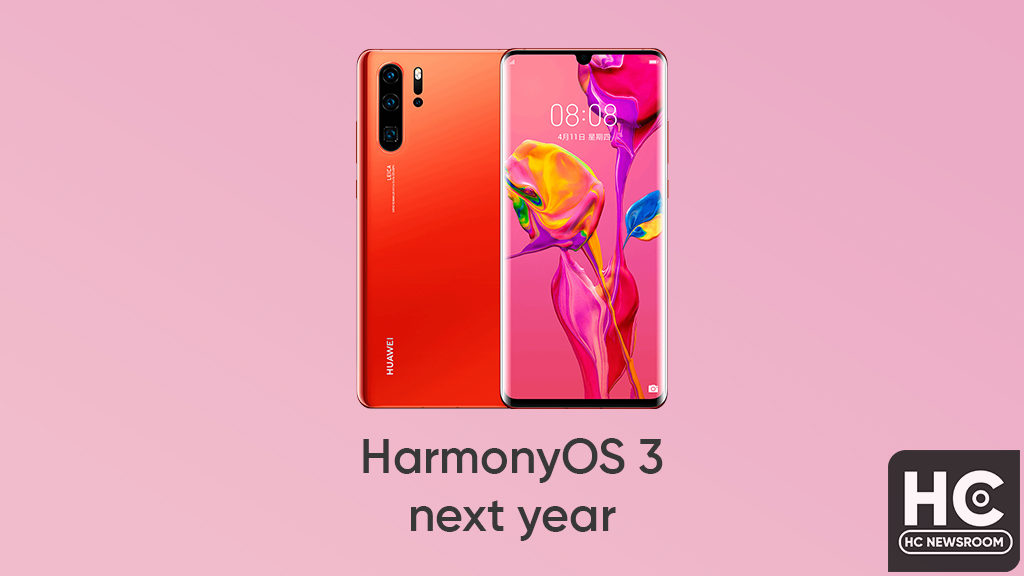 Huawei P30 and P30 Pro users are enjoying two different software, the global one has EMUI and in China, it has HarmonyOS operating system. However, these prime devices will get the next big upgrade by next year.

Meanwhile, the global P30 models have already grabbed EMUI 12 and now they are also ready to get EMUI 13 as the next installment. However, Huawei is yet to confirm its stand on this matter.

Even though Huawei has announced to rollout of HarmonyOS 3 for P30 and P30 Pro next year but we may see an early beta testing by the end of this year. As the Chinese tech maker has completed HarmonyOS 2 rollout faster than what had been planned formally.

Launched in July this year, HarmonyOS 3 is a major software upgrade for Huawei devices. As the rollout expands to hundreds of models, it comes with various improvements and new features over the past version.

Speaking of which, it has a new layout reorder for the best user experience of your phone’s home screen. The HarmonyOS 3 further improves the super device feature to expand the supported platforms.

The cross-device screen projection has been optimized to project a Huawei phone or tablet on a big display such as a laptop or a monitor to support the view on a large view.

One of the biggest changes that Huawei has brought in with HarmonyOS 3 includes the new service widgets, which you can now stack over each other to save screen space or group them all with each other as a large folder.

Huawei has also increased the security and privacy section for smartphones and Huawei P30 and P30 Pro will also receive this new operating system.