Huawei is continuously making new smartphones despite being restricted by the US, and now one of its upcoming Nova phones has appeared on the Geekbench reveals its key specs.

Huawei Nova 5 and Nova 5i moving towards launch, certified by EEC and 3C

A Huawei phone with model number GLK-LX3 has been tested on Geekbench, which is expected to be the upcoming Huawei Nova 5i.

On the benchmark, it has achieved 1538 points on single core and 5388 on multi-core. The phone feature octa-core processor clocked at 1.71GHz and supported by 4G of RAM, also it runs on Android 9 which possibly be resulting as EMUI 9.1 if not then EMUI 9.0. 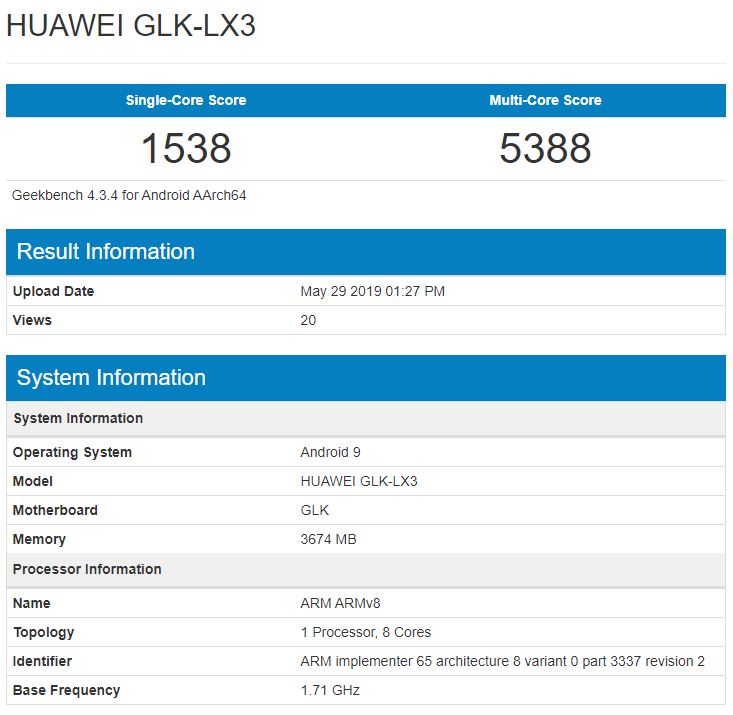