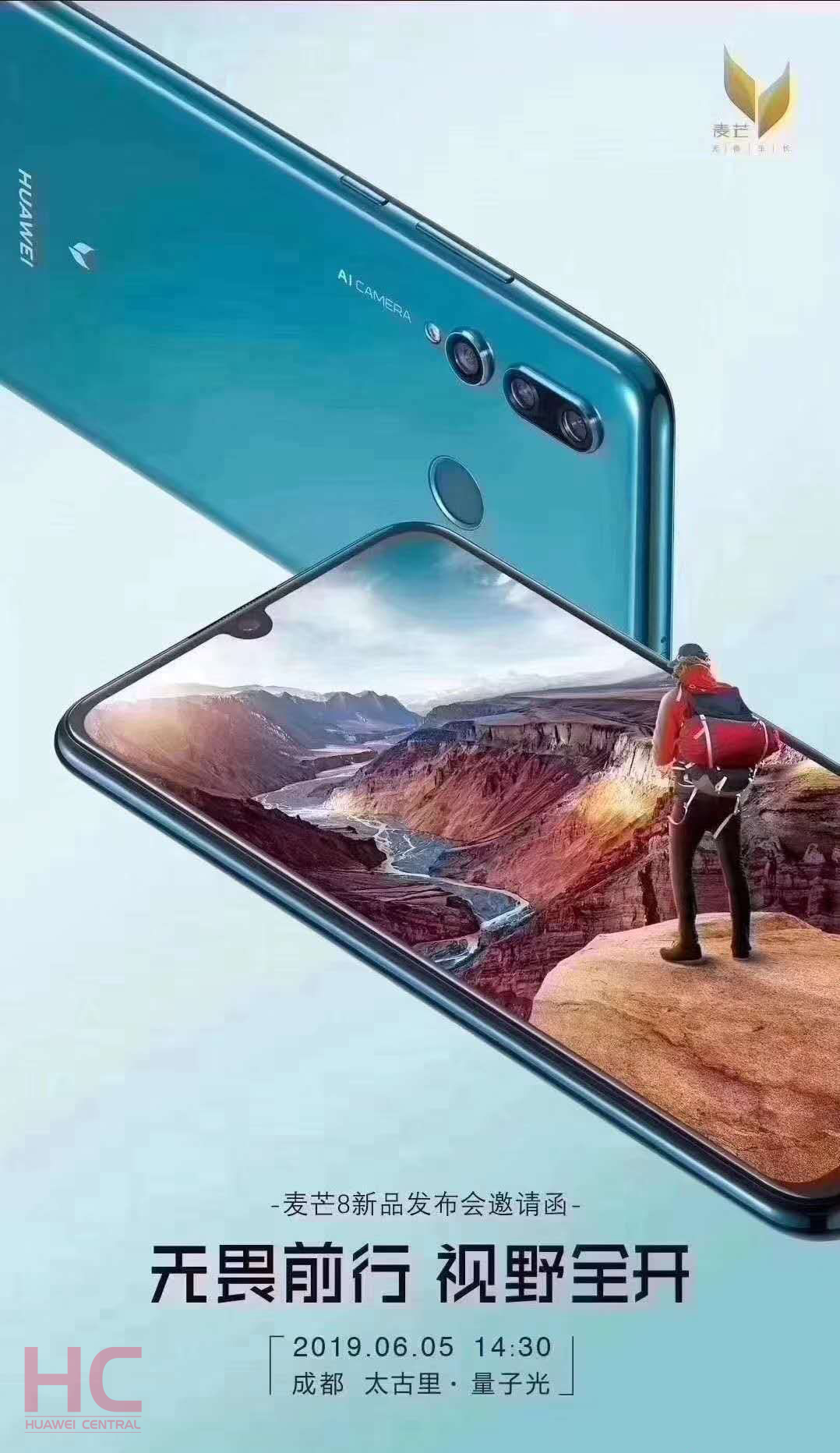 
Huawei Mate 30 is still a quarter away from its official launch but it seems like we’re gonna see it’s lite version’s launch by next month.

An invitation image of Huawei Maimang 8 has now appeared on Weibo, showing the phone with waterdrop notch display to house a selfie camera and on the back, it has triple rear camera setup similar to Huawei P20 Pro but instead of an optical fingerprint, it features a physical fingerprint sensor.

The invitation clearly mentions the name as “Maimang 8” and labeled with Maimang logo on the back of the phone, which is known as Mate series’s lite phones overseas.

The launch date of Maimang 8 (Mate 30 Lite) is slated for June 5, 2019, in China but it’s not been confirmed officially by the company. Also, the company is the first contender to come with Kirin 720 processor but currently, there’s no confirmation on that as well.