A new Huawei phone with model number TET-NX9 received a Wi-Fi certificate from WiFi Alliance. According to the previous reports, this Huawei model is identified as Huawei’s next foldable phone, Huawei Mate X2.

This WiFi certificate was published on September 21 and reveals that the TET-NX9 will come with Wi-Fi 6+ wireless technologies and EMUI 11 software version. However, there’s no information shared about the Mate X2 specifications.

A previous leak showed that the Huawei Mate X2 is code-named “Teto”. It will feature an 8.03-inch main display with a 2480 x 2220 resolution with an in-ward folding display and a cover display will be available to interact while the device is folded.

Sources also suggest that the launch of this new foldable phone may push until next year. While there’s no official statement available on this matter. 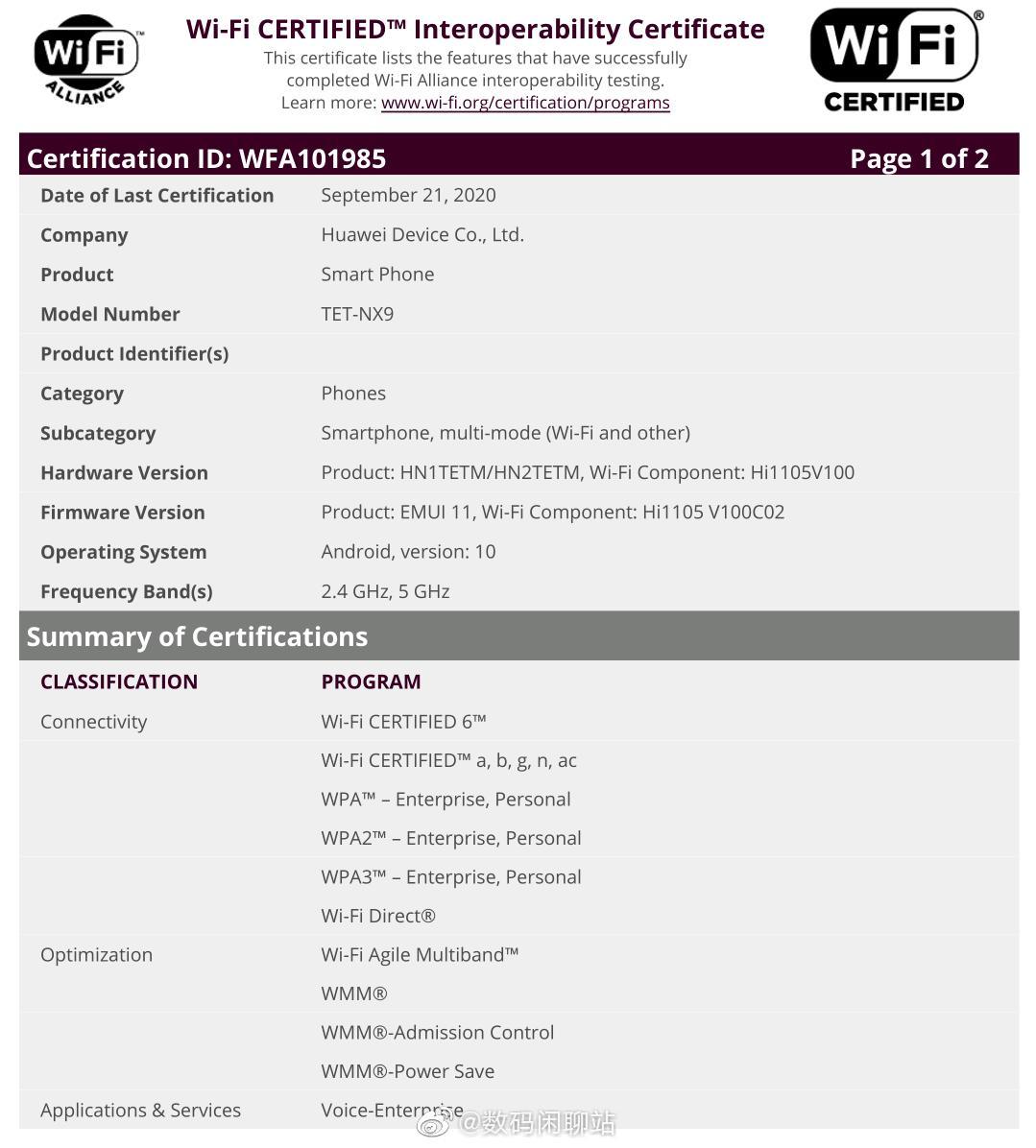