Fans are waiting for the launch of the Huawei Mate 40 series, on the other hand, the company is yet to come up with an official launch date. Meanwhile, there’s some new information about appeared online that suggest the potential launch date of this upcoming Huawei flagship. 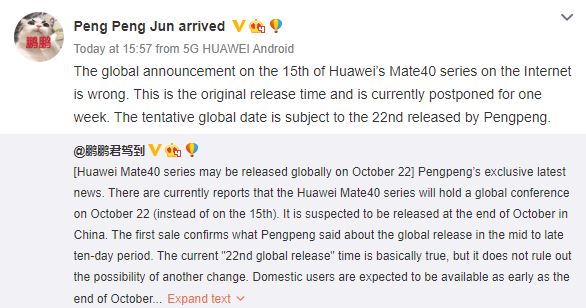 It’s also reported that the first sale of the Huawei Mate 40 series will start by the end of October in China. However, it’s not confirmed when it’ll actually be sold outside of China.

It’s revealed that the phone series will come with a 66W charging capability, which is an upgrade over 40W charging used in P40 and Mate 30 smartphones. Also, this new charger alongside a new 12000mAh power bank has already received the required certificates to launch with the Mate 40 series.

You can check our complete roundup of the Huawei mate 40 series in the article given below.