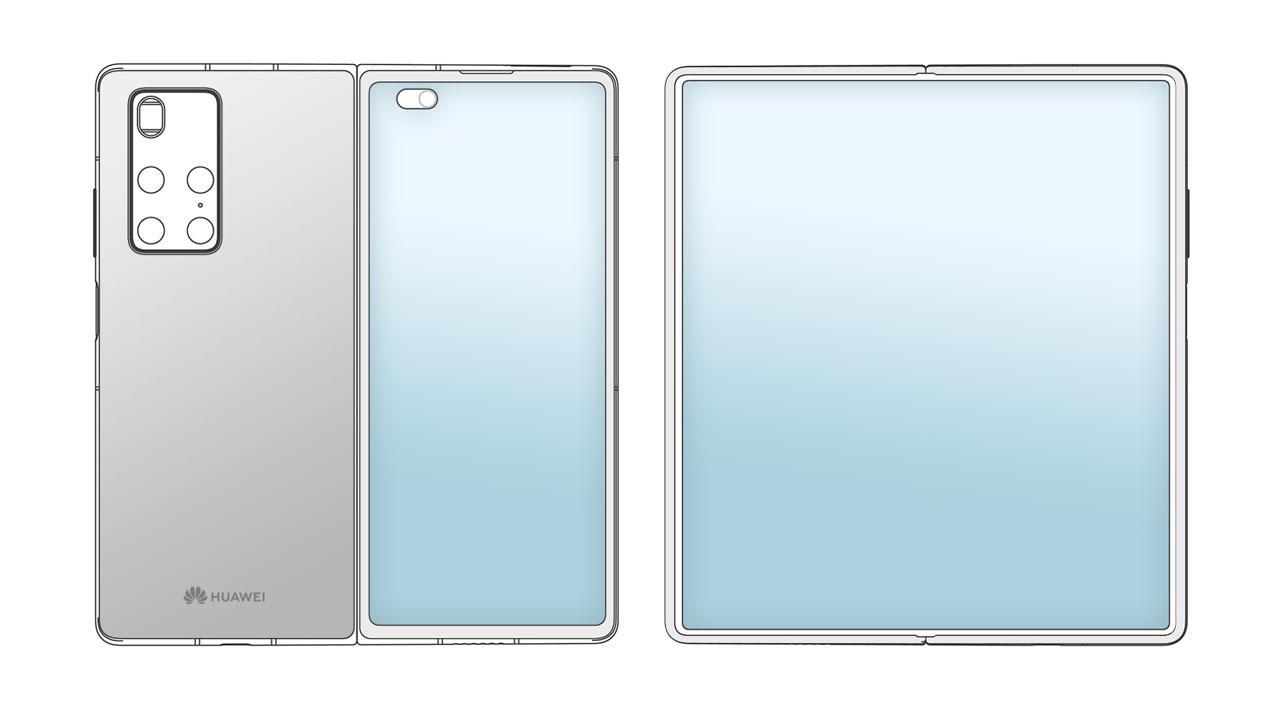 Recently, a Huawei smartphone with model number – TET-AN10 received Telecommunication Equipment’s Network Access Managements (TENAA) certification in China. This device is identified as Huawei Mate X2 and there also some important specs that are mentioned in the certificate.

According to the listing, TET-AN10 comes with two displays including an 8.01-inch main foldable display and a 6.56-inch secondary display. The phone packs a 4400mAh battery, its dimensions are 161.8×145.8×8.2mm, and Android operating system. Weibo tipster – Digitalchatstation suggests that the phone will have a 66W super-fast charger. 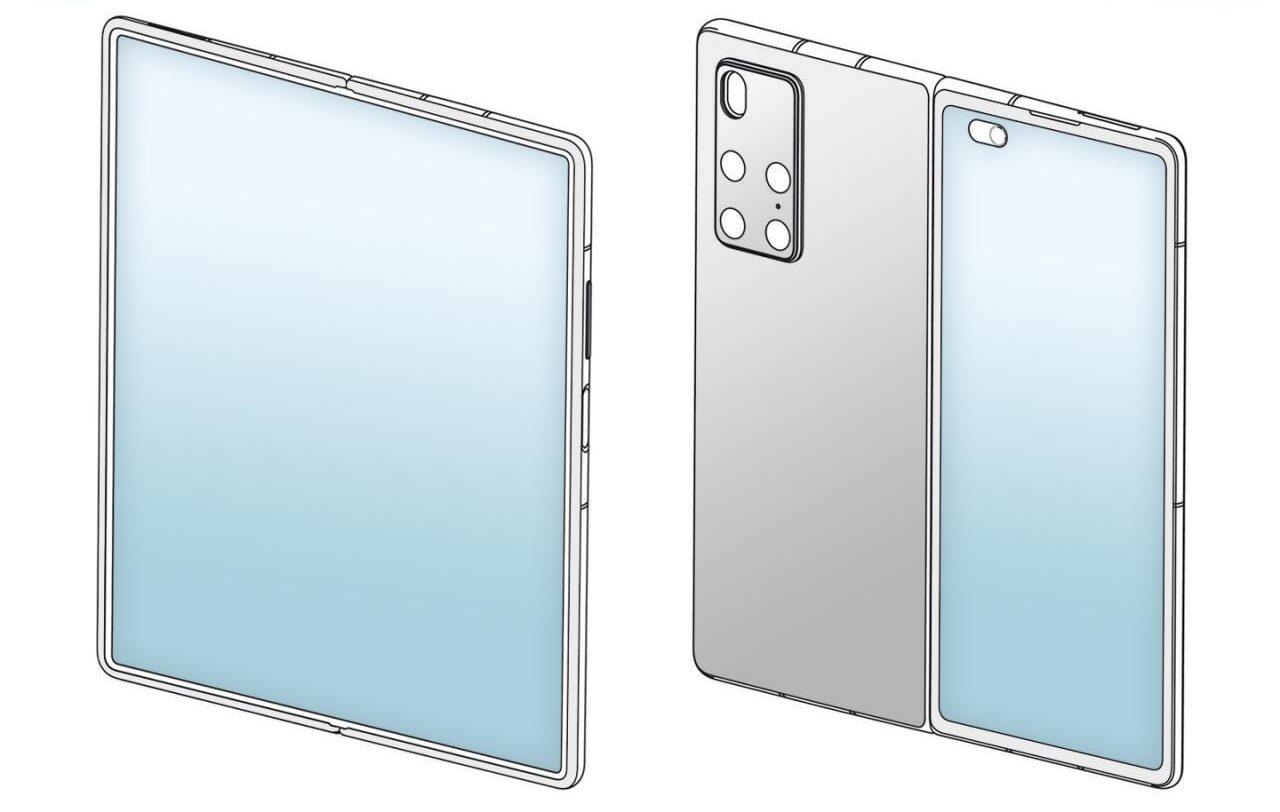 The also reveals that the 8.01-inch main display has 2480×2200p that folds inwards and a 6.45-inch display with 2700×1160p resolution remains outwards. These displays are manufactured by Samsung and BOE

Furthermore, the phone offers a 16MP front-facing camera for selfies and there is a quad-camera system on the rear including 50MP+16MP+12MP+8MP cameras as well as 10X optical zoom.

On the other side, this upcoming foldable phone will be equipped with a 5nm Kirin 9000 chipset, Bluetooth 5.1, WiFi 6, EMUI 11 software system, and expected to launch soon. However, we’ll have to wait for the official announcement for the launch date. 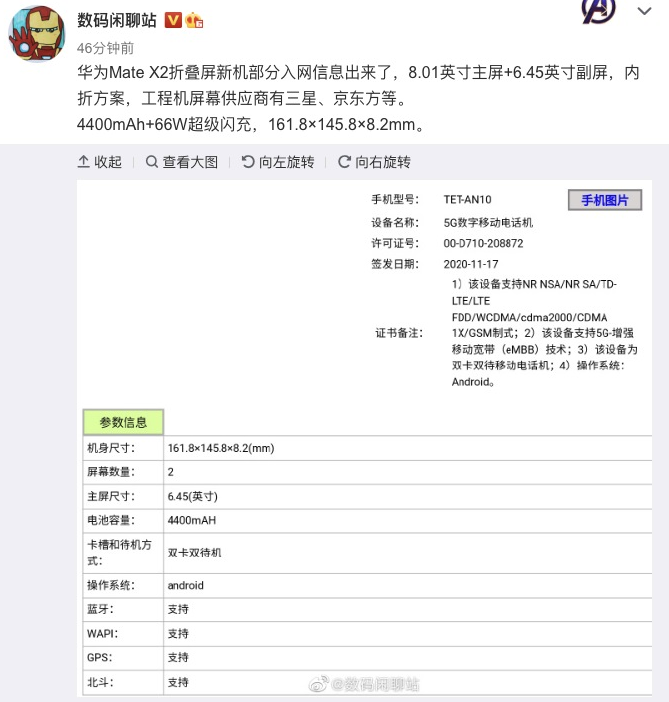