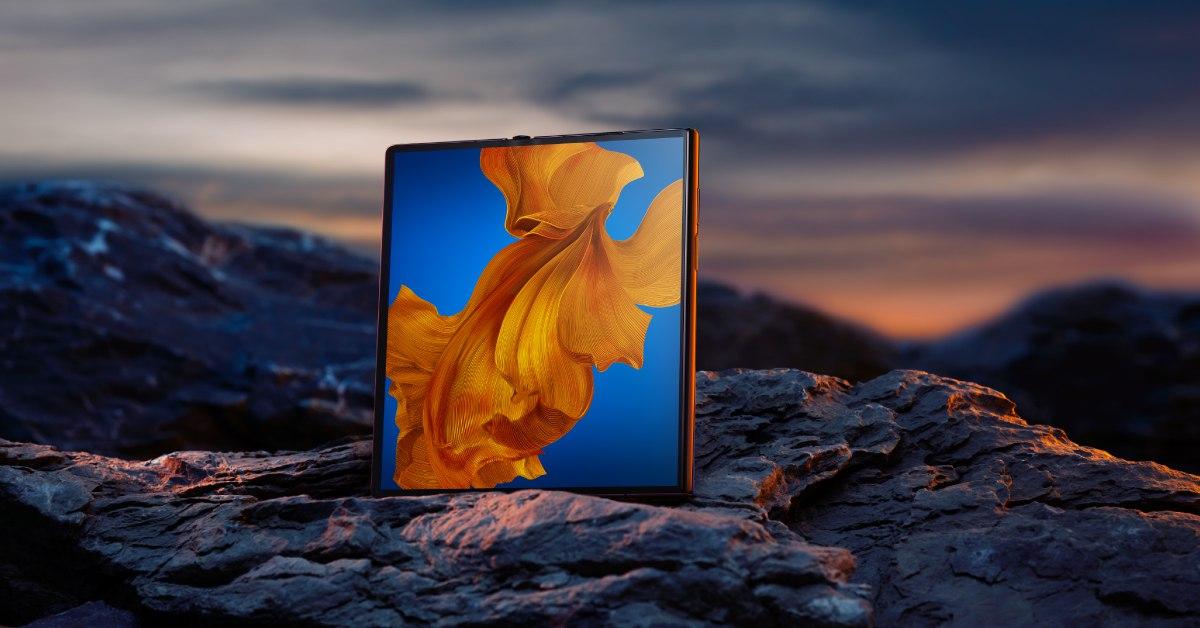 
2021 likely to be one of the biggest years for foldable phone launches and Huawei doesn’t want to be left behind in this race. Therefore, the company is preparing its next foldable phone, Mate X2 to launch next year.

In the latest development, a Huawei phone with model TET-AN00 and TET-An10 received a certificate from Telecommunication Equipment’s Network Access Managements (TENAA) in China. According to a previous report, these model numbers belong to the upcoming Huawei Mate X2 folding phone.

According to the certificate, both models NSA/SA dual 5G mode enabled and runs on an Android-based EMUI operating system. Aside from this, there’s no additional information revealed. 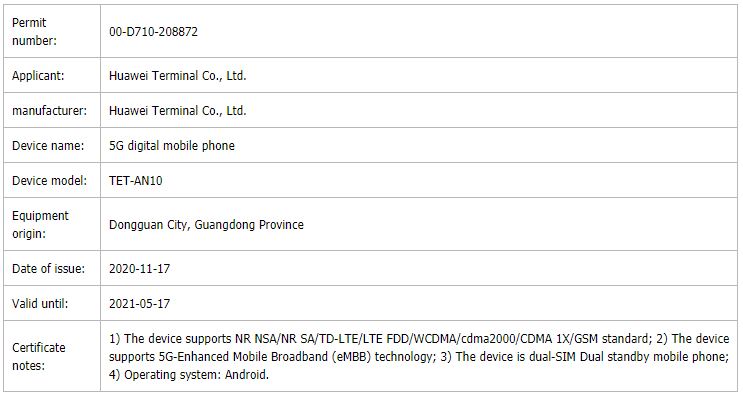 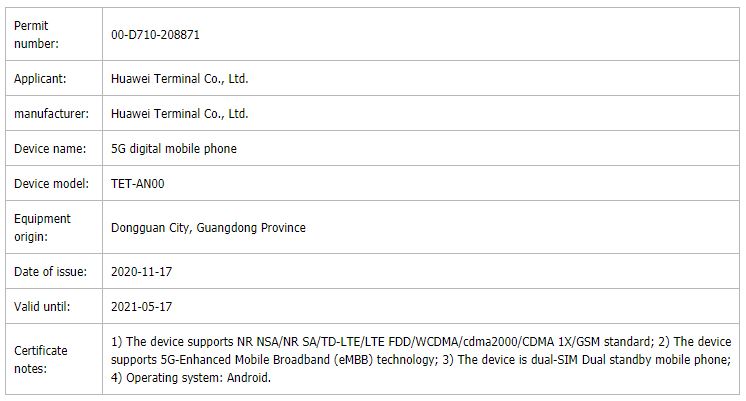 Previous information suggests that the Mate X2 has received a WiFi 6 certificate featuring EMUI 11 software. It sports an 8.03-inch main display with a 2480 x 2220 resolution with an in-ward folding display and a cover display will be available to interact while the device is folded.

As a flagship, Huawei could equip the Mate X2 with Kirin 9000 processor, 66W Super Fast charging for improved performance than its predecessors

Sources hints that the Huawei Mate X2 may not launch until 2021. Still, there’s a lot more to learn about the next foldable phone from Huawei and we’ll keep you posted with further updates.