This month, Huawei will launch its much-awaited flagship, Huawei Mate 40 series that will bring new technology and features for the consumers. Reports also suggest that the company is also working on a new foldable phone of the Mate X lineup.

In the meantime, a live image of a foldable phone has leaked on Weibo that claims to show Huawei Mate X with inward folding. Since Huawei Mate X and Xs come with an outer folding design, this new device could be the Huawei Mate X2. Yet, there’s no confirmation that this device is a real or fake one device. 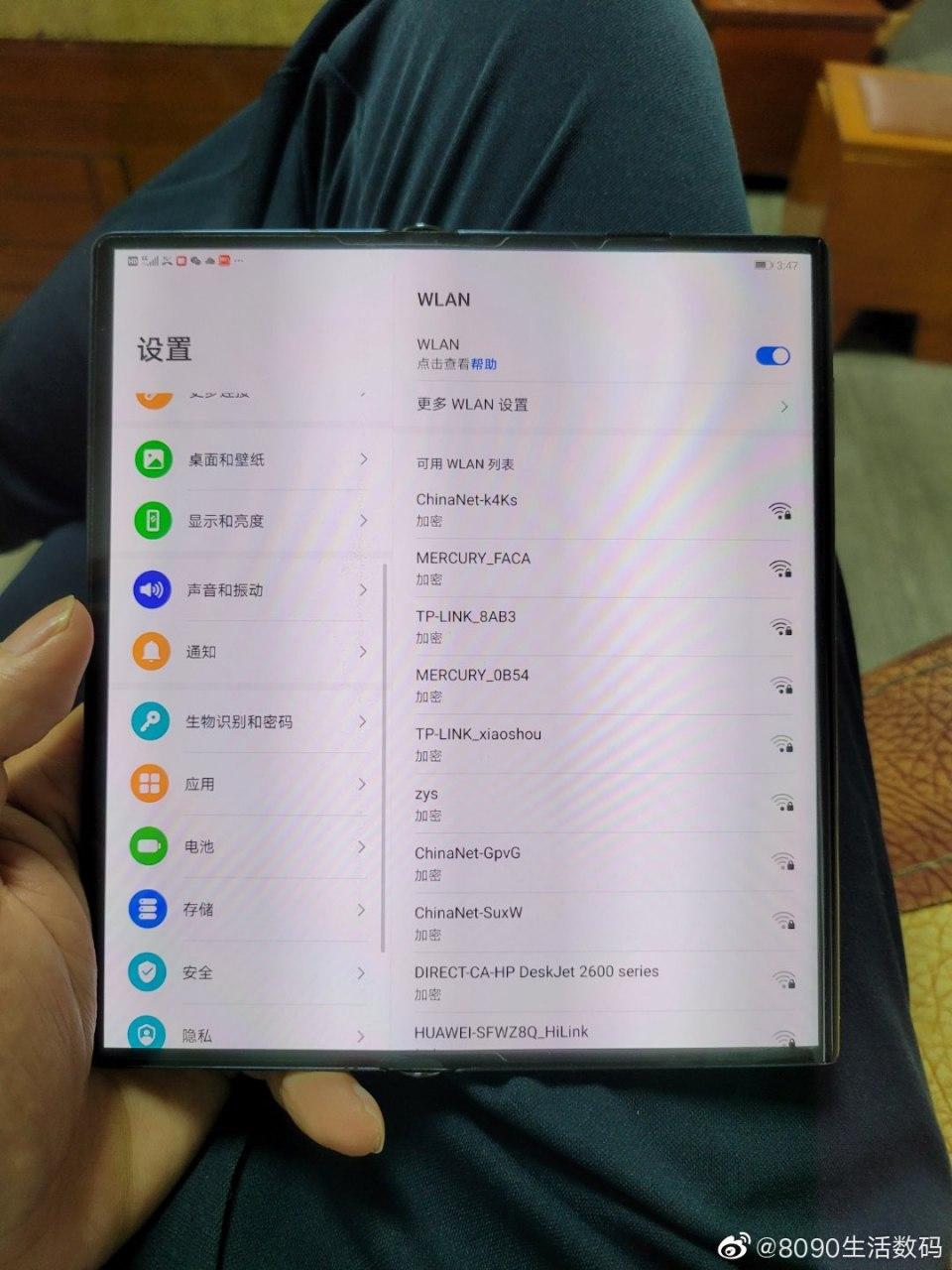 According to previous information, the Mate X2 has received a WiFi 6 certificate featuring EMUI 11 software. It sports an 8.03-inch main display with a 2480 x 2220 resolution with an in-ward folding display and a cover display will be available to interact while the device is folded.

Sources hints that the Huawei Mate X2 may not launch until 2021. Still, there’s a lot more to learn about the next foldable phone from Huawei and we’ll keep you posted with further updates.