Even after six months of its launch, Huawei didn’t add the devices in the Monthly EMUI security cycle. But with the release of the May 2020 EMUI security bulletin, Huawei made some fresh changes for the Mate 30 series.

Other Phones in the monthly category:

Next comes, Honor 9X the devices was initially introduced in July last year in China. In late 2019, Honor launched the global version of Honor 9X with Google Mobile Services and made it available in almost every Honor Market around the globe.

Now Honor 9X has also made its debut in the security patch list. Instead of receiving monthly, the Honor 9X will get quarterly updates. 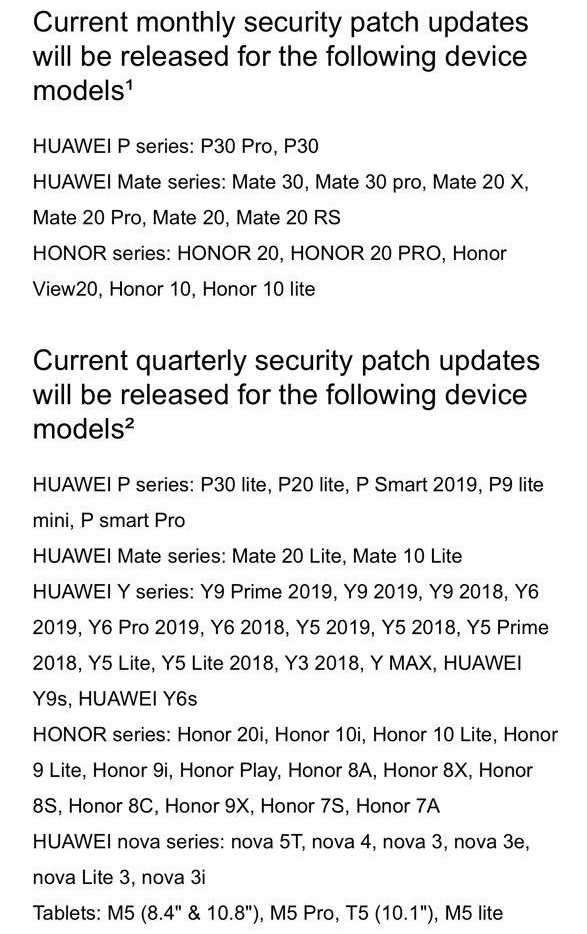