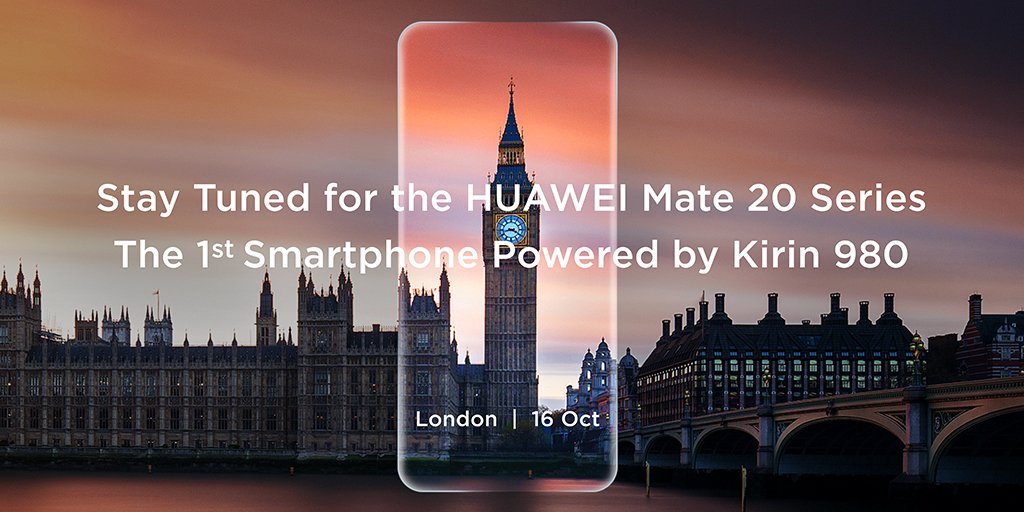 
At IFA 2018, Huawei has announced that it will officially release Mate 20 Series in London on October 16th, and it is also the first model of the Kirin 980 processor.

Although, There are no additional details of Mate 20 and 20 Pro available but only gave a frame diagram, which is obviously a new generation of full-screen with curved edges.

#ExperienceSmarter with the #Kirin980. Reach a #HigherIntelligence with the #HuaweiMate20 Series. Mark your calendars NOW… 16.10.18. pic.twitter.com/9KhTMj0BXH


A Few days ago renders of mate 20 appeared online showing off its front and back design, and yesterday a Spanish blog Teknofilo posted some real-life images spotted at IFA 2018 event.

These new images show the back camera looks very similar to the previously exposed renderings. The three cameras and a flash are all together, forming a square. Its position in the middle of the back of the fuselage is very eye-catching.

Because the Mate 20 Pro has a thick protective case outside, the shape details of the phone are not very clear, but from the side of the fuselage, it seems to be equipped with a curved screen.

Mate 20 uses a water drop screen, the width of the chin is relatively narrow, and the front of the Mate 20 Pro seems to be bearing a Notch, but also the ultra-narrow chin, the screen size of the two may be 6.3 inches and 6.5 inches.

Final thoughts on this device are, it’s not confirmed that it is Mate 20. It could be Mate 20 Pro or Mate 20 special edition, even another device from other series. Check out the images below.