Huawei Central and our readers all are crucially waiting for the Huawei’s OS. The OS launch now became more important after the US government in mid-May placed Huawei and its affiliates on a trade blacklist.

There won’t be any issue with its OS in China – because the developers and local consumers would support and build up the ecosystem quickly. In the homeland, it will be fine, but the company remains concerned about the global response.

According to one Chinese source, Huawei is not fully prepared to launch its OS as the US ban came suddenly.

“Although the OS has been tested thousands of times inside the Huawei specialist team, it hasn’t yet been widely tested on consumer product lines, which means Huawei does not have a solid commercial release date yet,” reported SCMP.

Huawei’s OS would be able to support a range of products and systems within its ecosystem, including smartphones, computers, tablets, TVs, automobiles and smart wear, which would also be compatible with all Android applications and existing web applications, according to the recent trademark application.

Google’s Android and Apple’s iOS have a stranglehold on smartphone operating systems, accounting for 99.9% of the global market, according to Gartner estimates last year.

Huawei’s smartphones sales have continued to increase in China as the Android OS (EMUI) has never carried Google services.

Now we have a question? Whether global customers will actually want a smartphone without favorite Google apps. 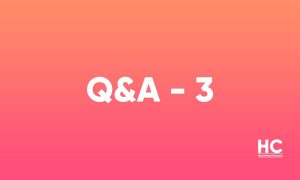