Following the blacklisting of Huawei and other Chinese companies in the US, China has also taken a step forward to publish a list of “Unreliable” foreign entities that can damage the interests of Chinese firms.

Huawei ensuring safety measures, reportedly told employees to not engage in meetings with US contacts

The Ministry of Commerce said on Friday said that it would blacklist foreign businesses or individuals that violated market rules and contractual obligations or took “discriminatory measures” to hurt Chinese business rights and interests, as well as national security and interests, reported SCMP.

The ministry will keep the measures private for those who will be added to the list and will be revealed in the near future, said the ministry spokesman, Gao Feng.

The spokesman said “unreliable” blacklist would be based on China’s foreign trade, anti-monopoly, and national security laws, and it would target entities that had blocked Chinese businesses out of non-commercial concerns.

We’re very sure that this list will include most of the US company’s that are currently operational in the Chinese territory and will apply sanctions on them in a similar manner to the US.

Two weeks ago, the US Commerce Department added Huawei Technologies and 70 affiliates to its “Entity List” or simply called a trade blacklist – an action that bans the telecom giant from buying parts and components from US companies.

In response to this, Huawei has filed a new motion in the seeking to declare a US defense law unconstitutional and to remove sanctions on the company. 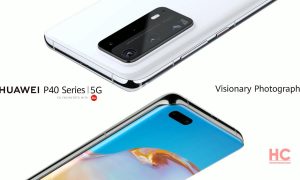