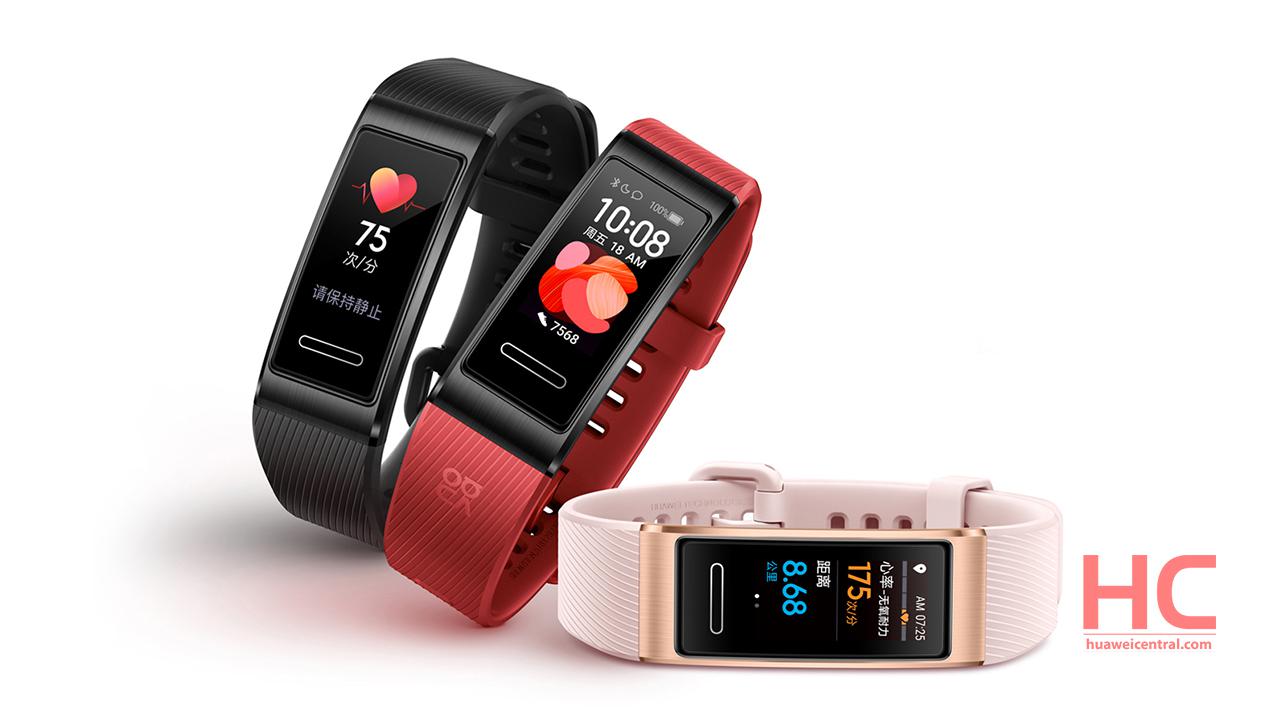 Unlike Band 4, Huawei Band 4 Pro keeps the design similar to last year’s Band 3 Pro and sports a 0.95-inch AMOLED color display with a full touch screen. The Frame is made of metal and matte finish featuring a home below the display.

The Band 4 Pro has a silicon strap and power adaptor to charge the band (no built-in USB plug) with three colors – Black, Red, and Sakura Gold.

The Band 4 Pro supports 11 sports modes including running, swimming, spinning, cycling and more. The GPS inside the Band 4 Pro tracks and shows real-time positioning your exercise path without requiring a smartphone.

Huawei Band 4 Pro is priced at 399CNY (56 USD) will be on pre-order starting December 5 in China and the first sale is scheduled for December 12.