On June 3, 2021, Huawei has filed an application for a new trademark “Hong Kun”, which international classification is 9 scientific instruments in China. At the moment, the current status of the trademark is “application for registration”.

According to information, Kun is a bird that resembles a crane in ancient Chinese folklore and also the provincial name of “Ki Song”. 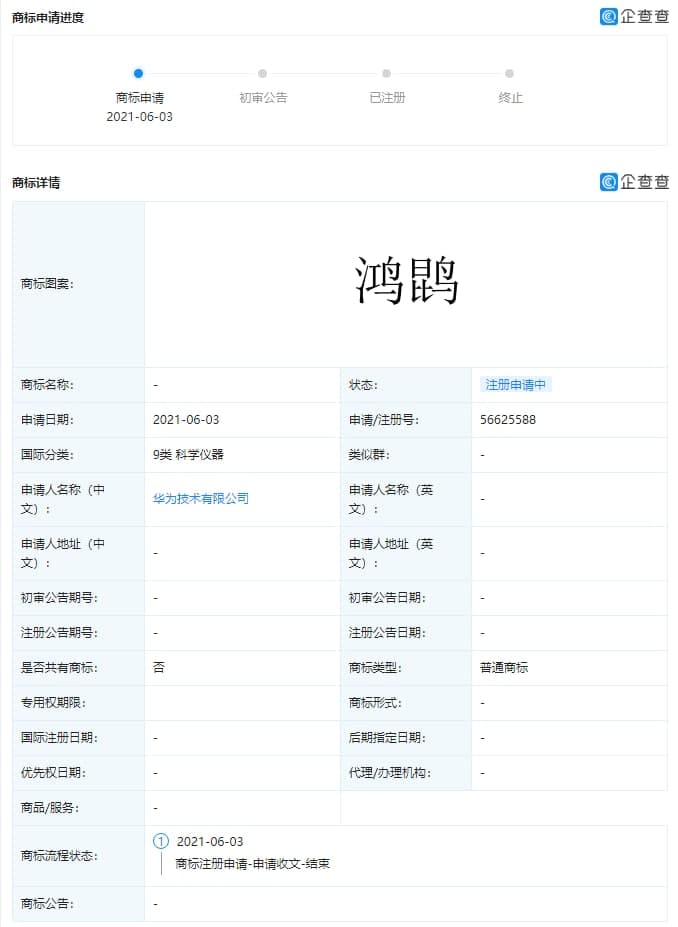 On the other hand, previously, the Hongmeng trademark of Huawei was under dispute and was rejected by the Chinese State Intellectual Property Authority (CSIPA). Because it is already issued to Huizhou Qibei Technology earlier and may create confusion among the consumers.

Last month, Huawei finally received the Hongmeng trademark officially be transferred from Huizhou Qibei Technology with all trademark rights to the company.