Huawei has announced record financial results for 2018. Huawei said revenues topped $100 billion in 2018 despite a US-led campaign against the business on fears it poses a security threat.

The global revenue surged 19.5% in 2018, its fastest pace of growth in two years. The result was supported by strong sales of smartphones in China. 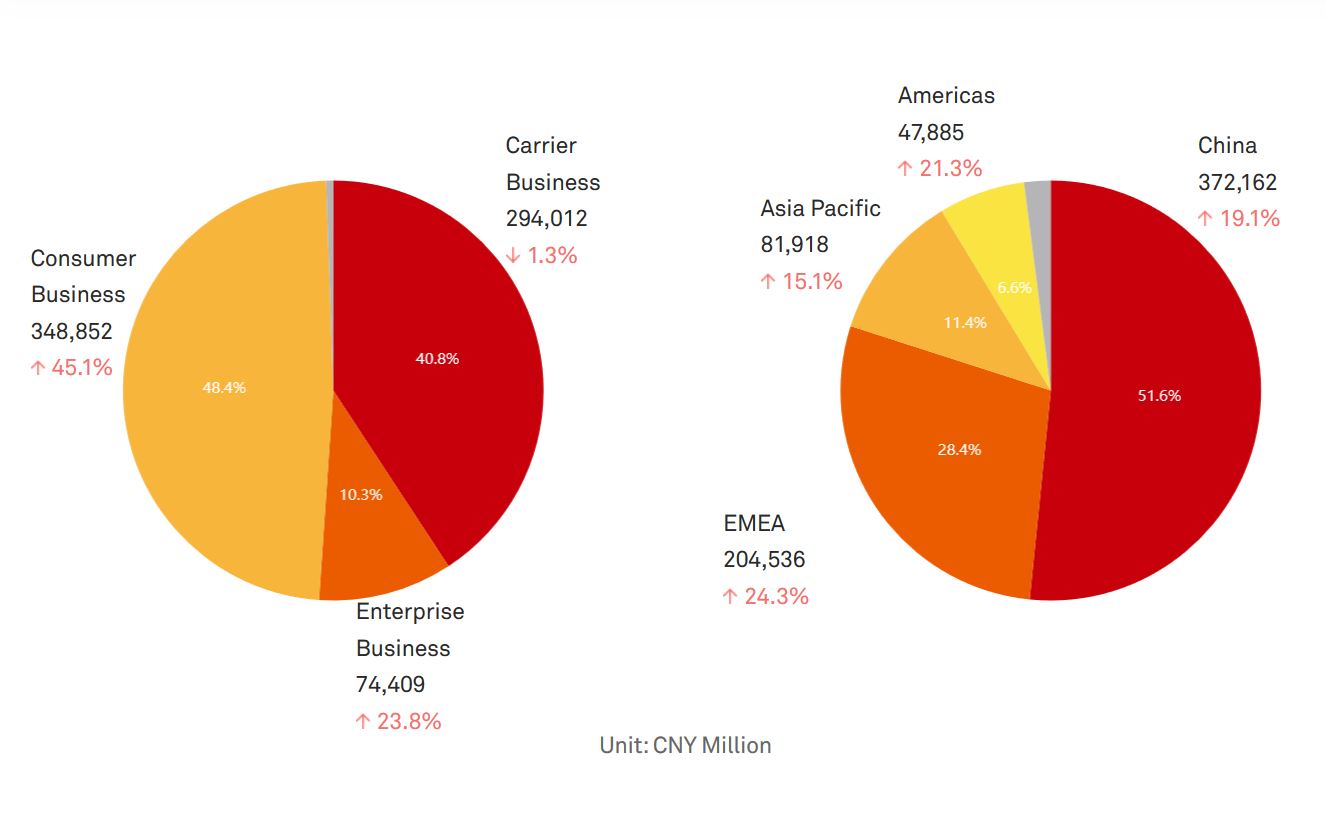 In consumer business, the company recorded a massive $52 billion (348.9 billion yuan) in revenue for 2018. This is also the first time the consumer business accounted for a majority of the revenue, with year-on-year numbers increasing by a massive 45.1%. Huawei ended up selling over 200 million smartphones in 2018.

Sales from its network equipment division accounted for a decent chunk of the revenue, with the unit bringing in $43.9 billion (294 billion yuan). That number was slightly less than the $44.4 billion the unit posted in 2017. At the same time its carrier business, which sells telecoms infrastructure to countries around the world, eased 1.3%.

Huawei is the world’s largest maker of telecoms equipment. It faces a growing backlash from Western countries on concerns over the security of its products used in next-generation 5G mobile networks.

The US, Australia, and New Zealand have all blocked local firms from using Huawei to provide the 5G networks equipment.

Huawei is set to continue its double-digit growth in 2019, with revenue for January and February seeing a YoY increase of 30%.