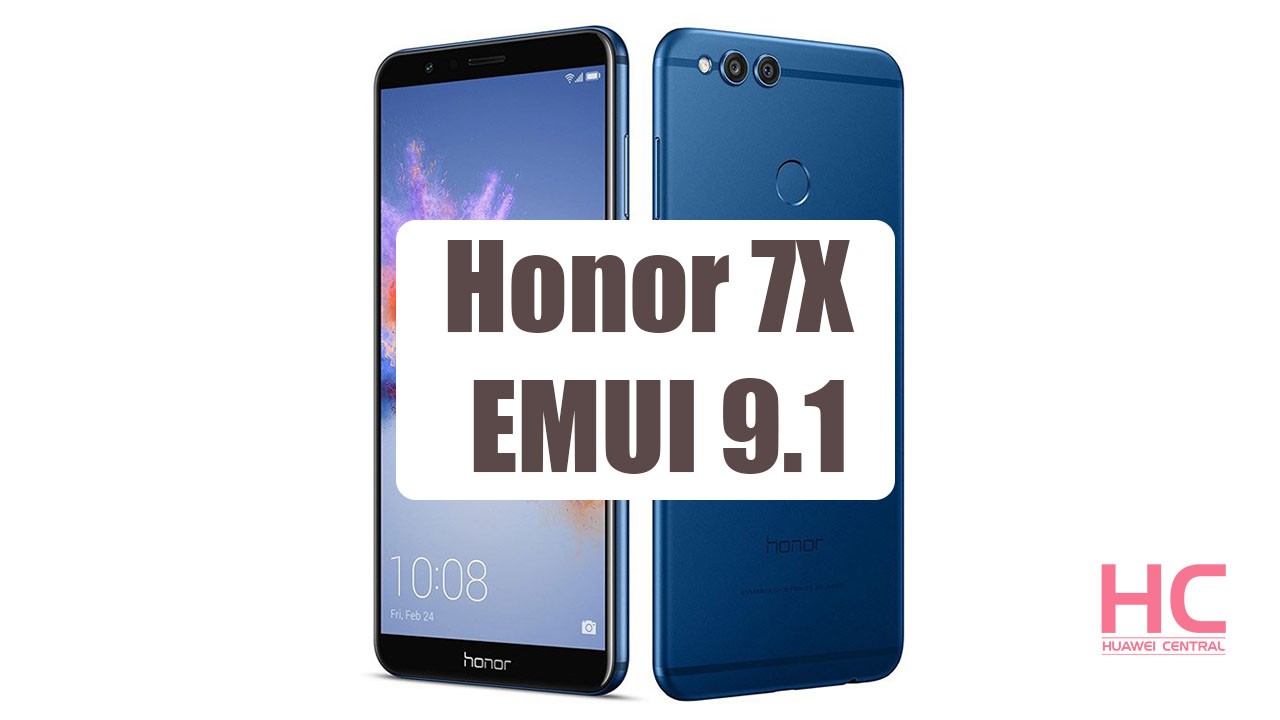 
Honor started EMUI 9.1 beta update for Honor 7X in June 2019 in India. The smartphone owners are waiting for the stable EMUI 9.1 update.

Now Honor has promised to send a stable update with Android 9 Pie-based EMUI 9.1 by end of this month to Honor 7X users in India.

According to Honor India:

“We would like to inform you that our software team has confirmed the compatibility of device with Android Pie with EMUI 9.1 and expected to be released the final version tentatively by end of Jul’2019.”

The EMUI 9.1 update is based on the Android 9 Pie and brings many improvements to the smartphones. You can check all the features of the EMUI 9.1 here.

We suggest you wait at least 7 days after the given release date by Honor. Sometimes it takes time to reach every smartphone – you can wait or you can reach to HiCare application for the latest software update.

You can also check the list of the EMUI 10 supported smartphones here. Is your smartphone getting the EMUI 10? What version of EMUI are you using? Let us know in the comments below.