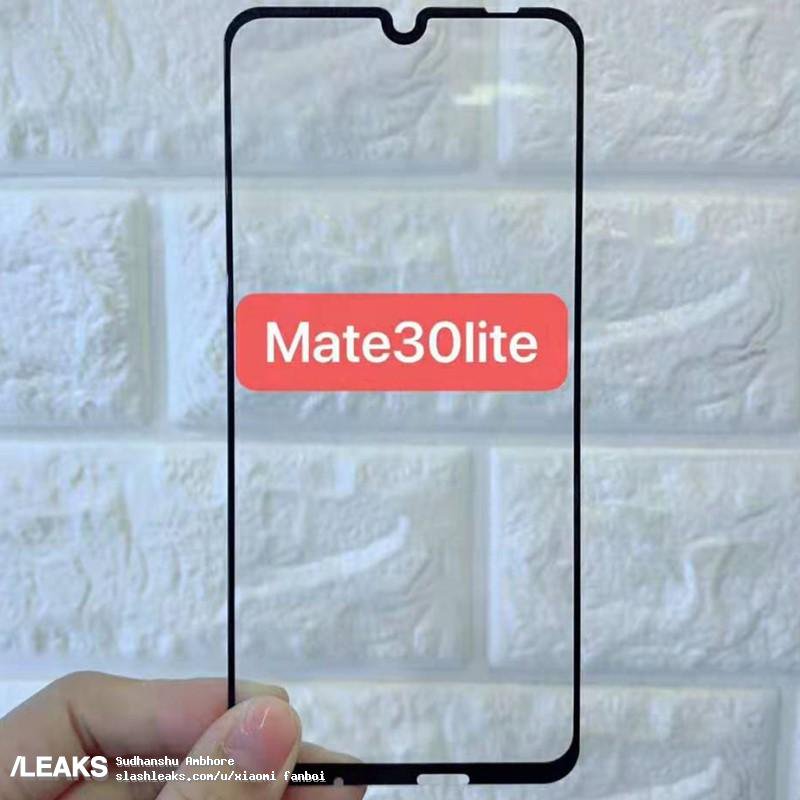 
Huawei Mate 30 series is started to taking shape for its launch, and a phone that relates to Mate 30 smartphone is also gearing up for its unveiling.

The image is coming from Slashleaks that claims to show Mate 30 Lite tempered glass with a dewdrop display, the glass also includes cutouts in the top and bottom parts.

According to this series’ previous releases, the phone is expected to come as rebranded version Huawei’s China-exclusive Maimang 8, launched last month. Meanwhile, some are speculating that Nova 5i Pro will be launched as Mate 30 Lite, which is unlikely to happen.