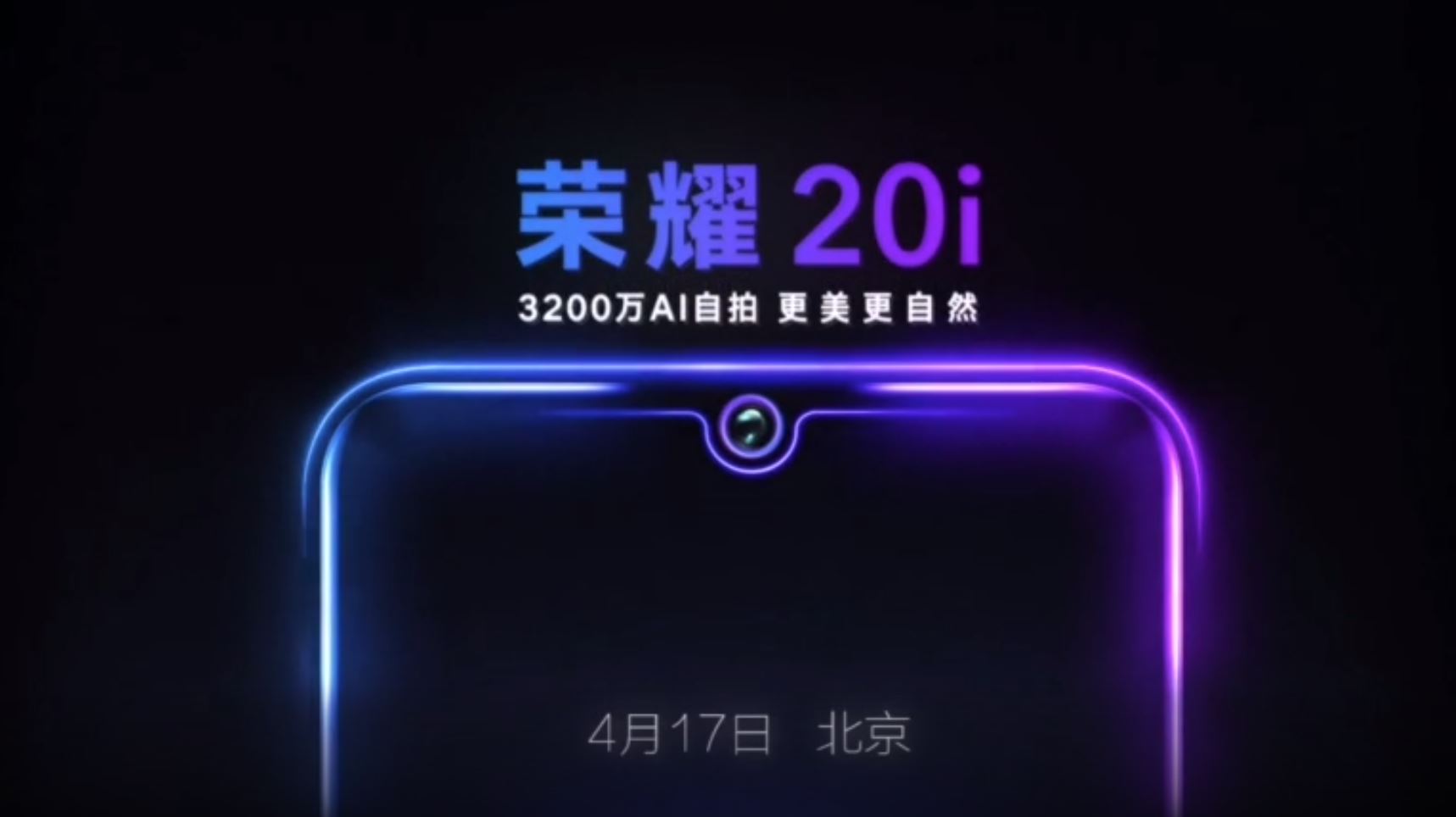 
Honor Mobile has announced on Weibo that the Honor 20i is coming. The 20i is coming with 32MP AI camera, known as “self-timer artifact”, will be released in Beijing on April 17.

At the same time, Honor mobile phone official released an Honor 20i promo video, in the video you can see the front of the device.

Previously, there was already a new Honor model AL00Ta, which was approved by the Ministry of Industry and Information Technology. The machine is likely to be the Honor 20i, to be released soon.

According to the information of the Ministry of Industry and Information Technology, the size of the device is 154.8×73.64×7.95mm and weighs 164g. It will be available in black and blue-violet gradient.