On January 12, at 2021 Science and Technology Billboard, cosponsored by Sina Technology, Huawei software chief said to have to say some important things to critics and the peoples who say HarmonyOS AKA Hongmeng OS is not different than Android and iOS.

Wang Chenglu, Software Chief at Huawei Consumer Business Software Department said the emergence of Hongmeng OS is not an alternative option to respond to US sanctions. Also, Hongmeng OS is not a copy of Android, nor it’s a copy of iOS that is solely designed for smartphones. It’s truly a panoramic operating system for the future of the internet of things or you can call it the internet of everything era.

Wang revealed that global smartphone shipments continue to decline since 2018, and it dropped about 3% in 2019. Due to teh pandemic, the shipment declined with a big margin in 2020, even it’s not confirmed when the market will recover.

Since 2018, the screen time of smartphone owners stabilized at 4 to 5 hours (normal). All this information indicates that the development of the entire smartphone-based mobile internet industry has reached a very important transitional period.

Initially launched at Huawei Developer Conference 2019, HarmonyOS is Huawei’s self-developed operating system that aims to provide a seamless experience across all Huawei devices.

He also mentioned that the ecosystem of smartphones is very prosperous, and there are very few apps on smartwatches, TVs, and cars. The core is that the system on each hardware device is completely fragmented. There are as many as 20 or 30 that we are familiar with. This makes it very troublesome for developers to build an application based on other hardware platforms. Teh workload of adapting to the platform is very large.

Why HarmonyOS was built?

The main aim of HarmonyOS is to use a system to solve all IoT hardware equipment problems.

“The outside world may speculation whether Huawei developed the Hongmeng system because of US sanctions but I want to tell you that it’s not the case.”

Wang said that the actual project development of Hongmeng OS was established in May 2016, when Huawei was thinking about smartphones. After the industry reaches its peak, what should the industry do in the future? With such a big range of devices as Huawei, it is impossible to put all the ecosystem foundations in other people’s systems. These two issues prompted the birth of the Hongmeng OS.

Huawei aims to achieve the use of one system to meet the system requirement of all large and small hardware. For consumers, when using a variety of hardware, it can be as simple as using a smartphone. For developers, once developed, the HarmonyOS app can be used on multiple devices without recompiling it for different platforms. 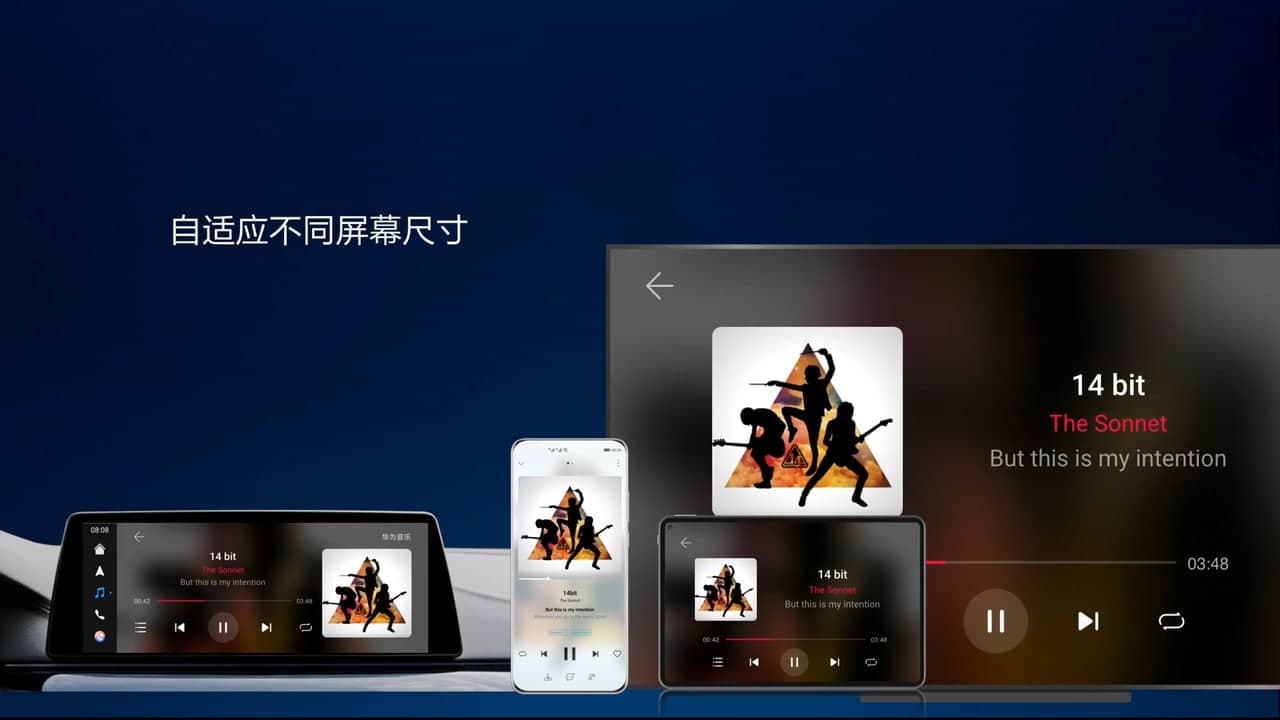 Huawei revealed that the goal is to install HarmonyOS on 200 million devices, maybe more in 2021. More importantly, Hongmeng OS will also be opened for third-party equipment makers that will launch upto 100 million devices with HarmonyOS. Adding all together, the HarmonyOS hardware product base could reach upto 300 to 400 million units in 2021.

At HDC 2020, Huawei unveiled the 2.0 version of HarmonyOS. With this version, the company added more platform support including smartphones, smartwatches tablets, and more.

Later in December 2020, the Chinese tech giant released the first mobile developer Beta of HarmonyOS. Its first hand-on video shows that the user interface of the software is the same as Android-based EMUI. However, the internal architecture of the HarmonyOS is now changed to provide faster processing. The company later confirmed that it’ll also change the UI of HarmonyOS once it completes the testing phase.

HarmonyOS vs iOS vs Android: Here are the differences

Huawei applied for Lingxi chipset and processor trademark, could this be for HarmonyOS (Hongmeng OS)?