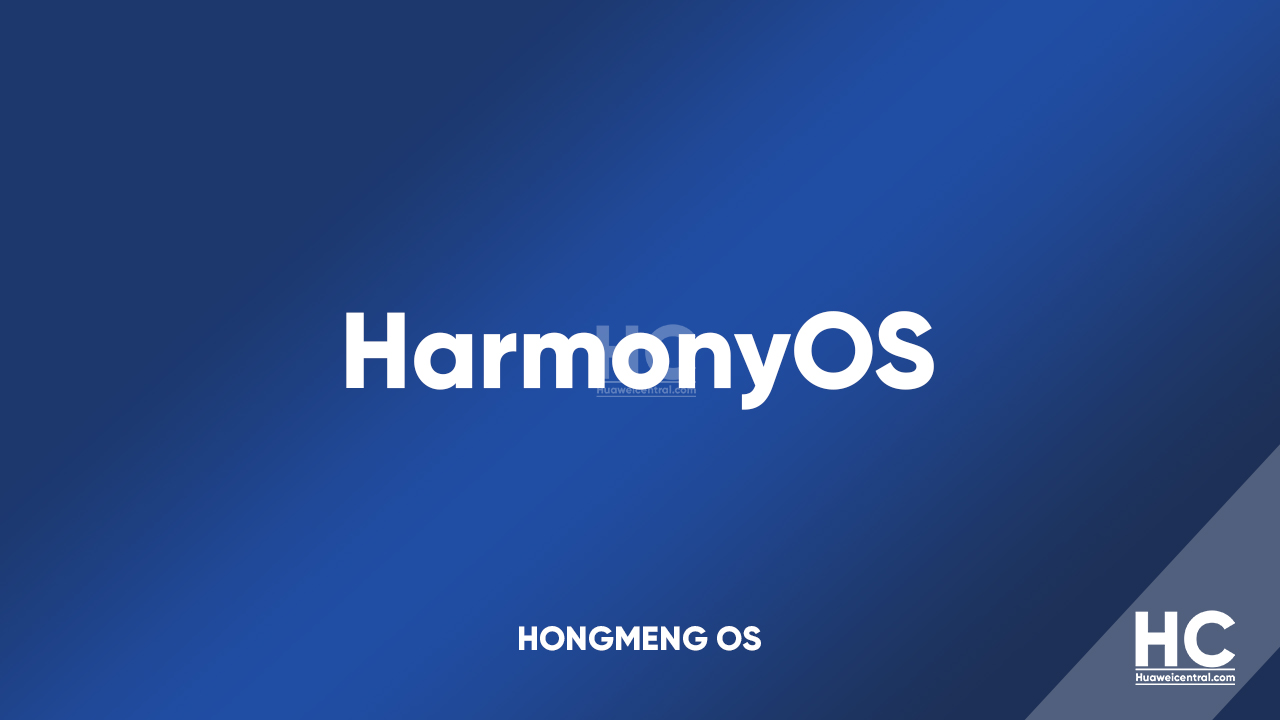 Huawei has launched the HarmonyOS 2.0 (Hongmeng OS) alongside EMUI 11 on September 10 at Huawei Developer Conference (HDC) 2020. This new version enhances its features such as distributed capabilities, including software, data management, and security.

At HDC 2020, Huawei announced that HarmonyOS 2.0 will be opened to developers for platforms including smart TVs, watches, and head units. At the end of the year in December 2020, HarmonyOS 2.0 smartphone beta release planned firstly for Chinese developers.

Recently, a tipster from Weibo shared a post regarding the HarmonyOS beta version for smartphones. According to the tipster, the developer beta for Huawei smartphone is expected to arrive on December 18 (tentatively) and some smartphones users can upgrade their smartphone to HarmonyOS may be in January or February 2021.

The current mobile phone HarmonyOS developer Beta version is progressing very well, and R&D is ready and it is expected to be released as scheduled in December, said Wang Chenglu (President of Huawei Consumer Business Software)

After the verification of the initial upgrade for HarmonyOS 2.0 on smartphones, the company will release this OS globally. Currently, there’s no official date announced by Huawei about the developer beta of the HarmonyOS.

Previously, Wang Chenglu said that more than 90% of the devices will be upgraded to HarmonyOS, and users receiving EMUI 11 will also get HarmonyOS updates. 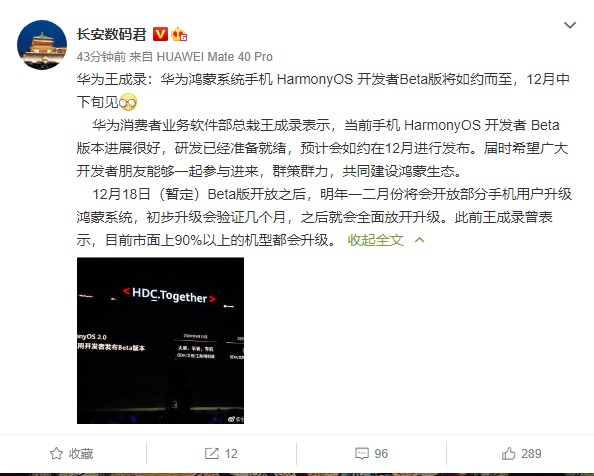