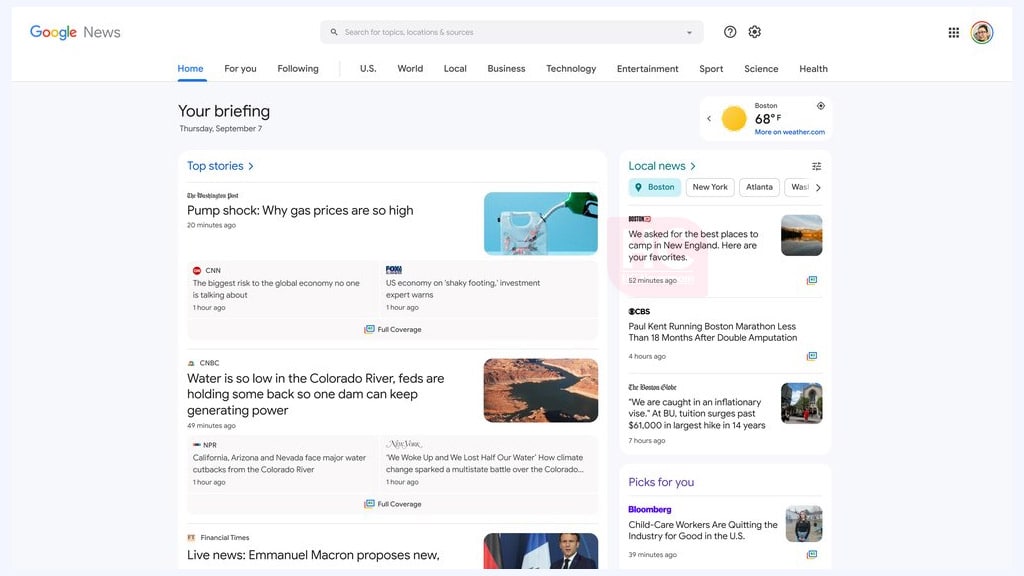 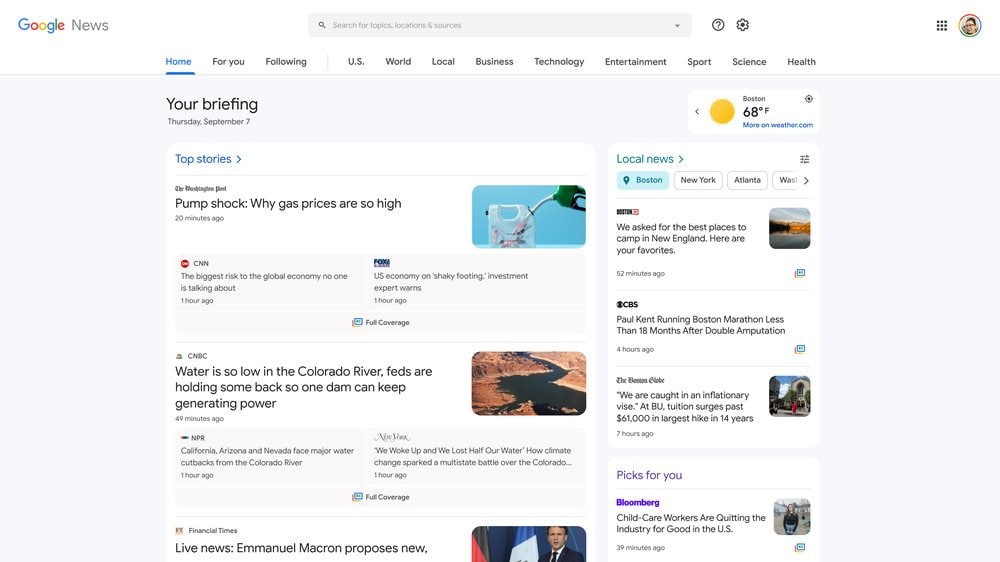 Visting an example, the local news sections are now moved to the top, which makes them easy to find. You can also filter buttons to filter searches in different sections as well categories as well as localities. Google has also mentioned the carousel that has changed the way that we see the news on Google Newsstand.

Google News’ 20th-anniversary update aims to improve content customization for topics that appears on the screen. The new feature allows you to scroll and click through to the stories that interest you the most.

To make it work, Google News will let you add, remove or reorder topics by just clicking on the blue “Customize” button on the right corner of the topics section screen. 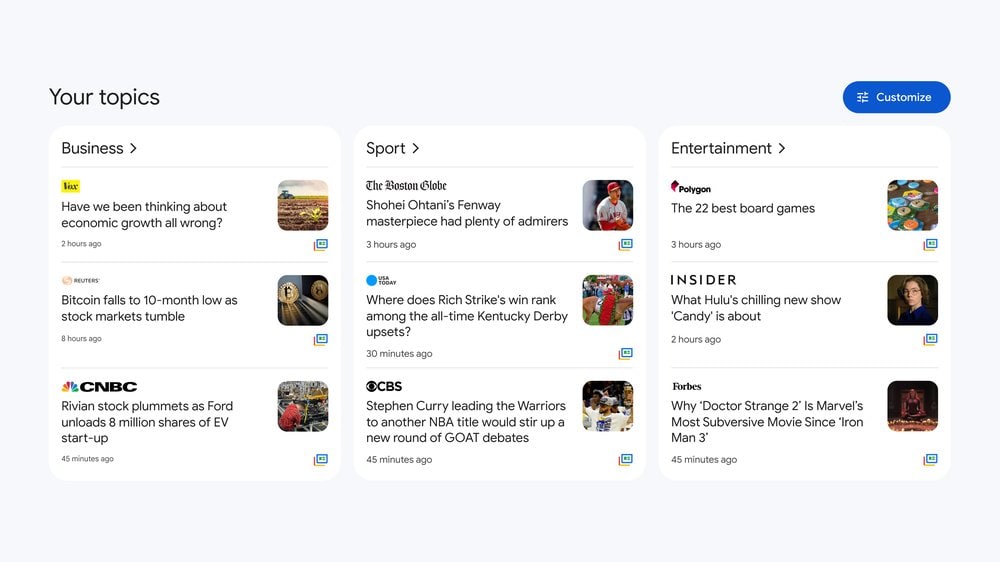 There’s more in the search result information that will enable you to check more information about that published article. You need to tap on the three dots on the right of the article to know where it is coming from. 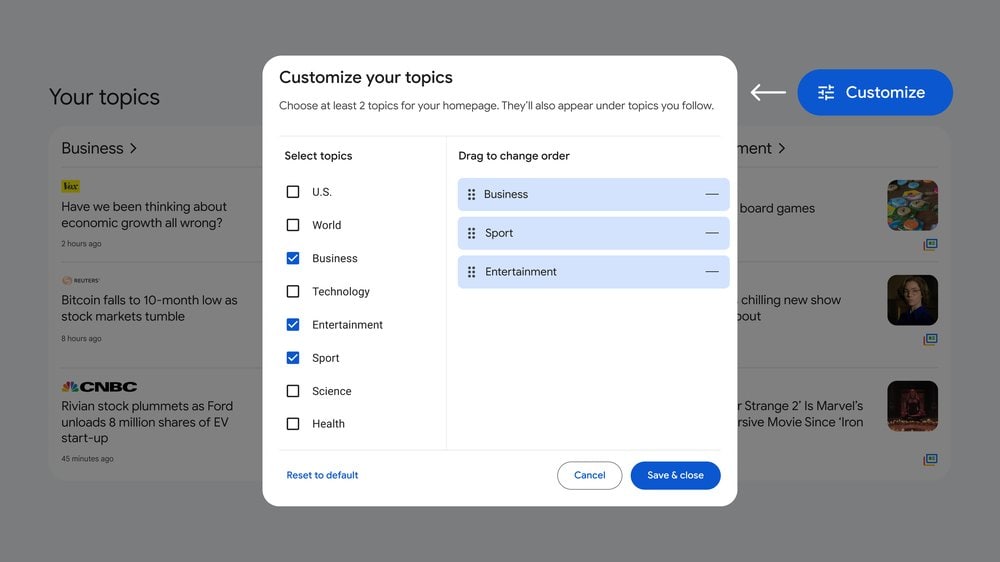 In addition to the new look, Google has also looked to the past and the evolution that has been made in the last 20 years. This huge readers marketplace has started its journey by gathering links in real time, grouping articles by the story, and ranking stories from publishers worldwide. 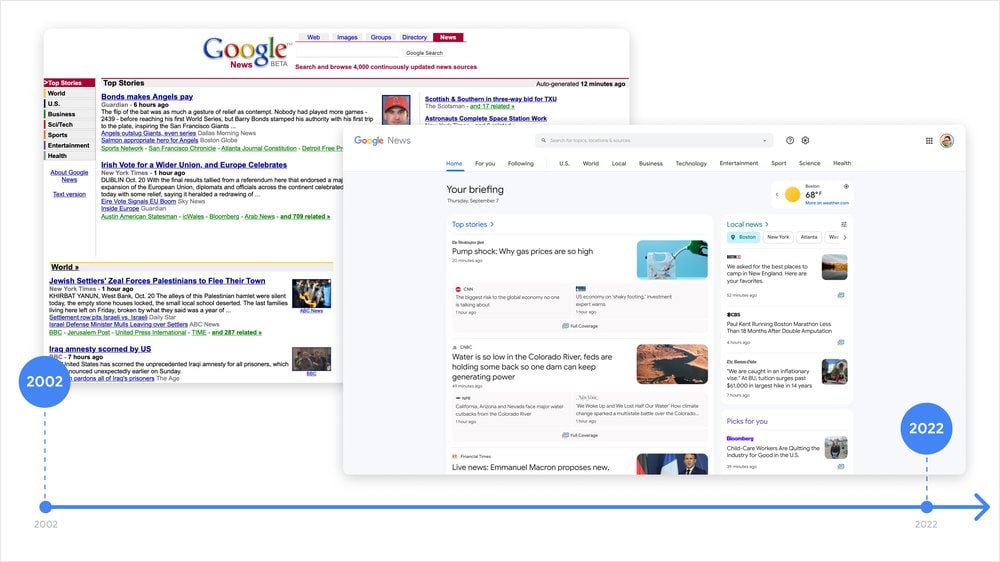 The tech maker has promised to add new features with upcoming updates and bring more for the readers. 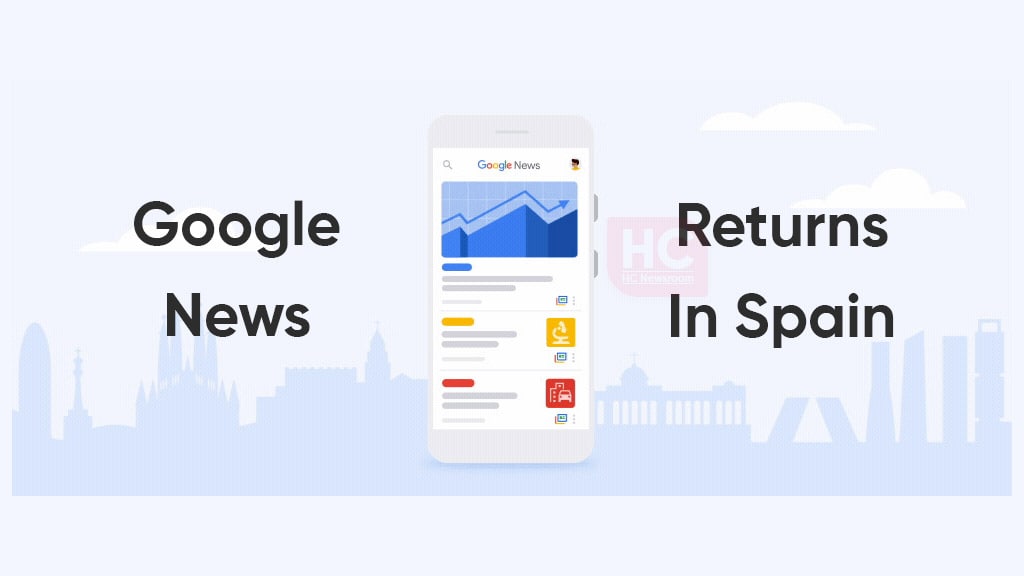 On June 22, 2022, On Wednesday, Google officially announce the return of the Google News platform in Spain after 8 years of long shut down. This return is labeled under the global 20th anniversary of Google News.

The “Google News Return in Spain” has been made possible by the recent change in a copyright law that will allow Spanish media outlets to list or make discoverable content accordingly along with their own wanting of monetizing that content. These new law amendments applied to both big and small publishers.

According to Google, Spain’s news consumption fell to the lowest after Google News’s exit from the country in 2014  and this also led to a huge traffic loss into publications traffic sources, which was a great impact on their earnings. 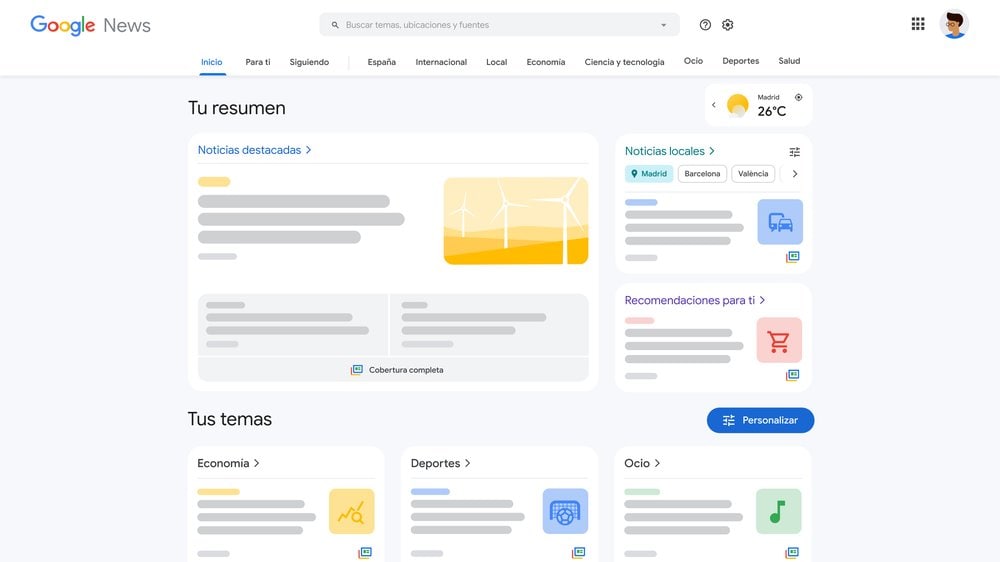 Google has confirmed to launch of a separate Google News website dedicated to Spanish readers. Adding to this, the company will also launch Google News Spain mobile app for both Android and iOS platforms.

The Google News Spain platform will allow publishers and readers to find all sorts of content including small, local, and big publications all together as well as helping them to discover the news they want to read at an instance.

Moving on, Google has promised to launch its new publisher programs such as Google News Showcase in the country soon. The firm is also planning to invest in new products, programs, and funding in the country via the Google News initiative.

Google News is available in over 125 countries and 40 languages. Each month, people click through Google Search and Google News results to publishers’ websites more than 24 billion times.

Google News directs readers to publishers’ websites when they click on links – helping drive traffic to their content, where they can show ads and incentivize readers to subscribe and showcase the readers.