Always-On Display (AOD) is a feature that allows you to customize your phone’s lock screen to show time, date, battery status, notifications and more while the screen is off.

With EMUI 10, Huawei has reinvented the AOD feature and included a new Morandi Style gradient color scheme to the time and date text, which changes according to the different times of the day such as morning, daytime, evening, or night. The new AOD also adds new clock styles and widgets. 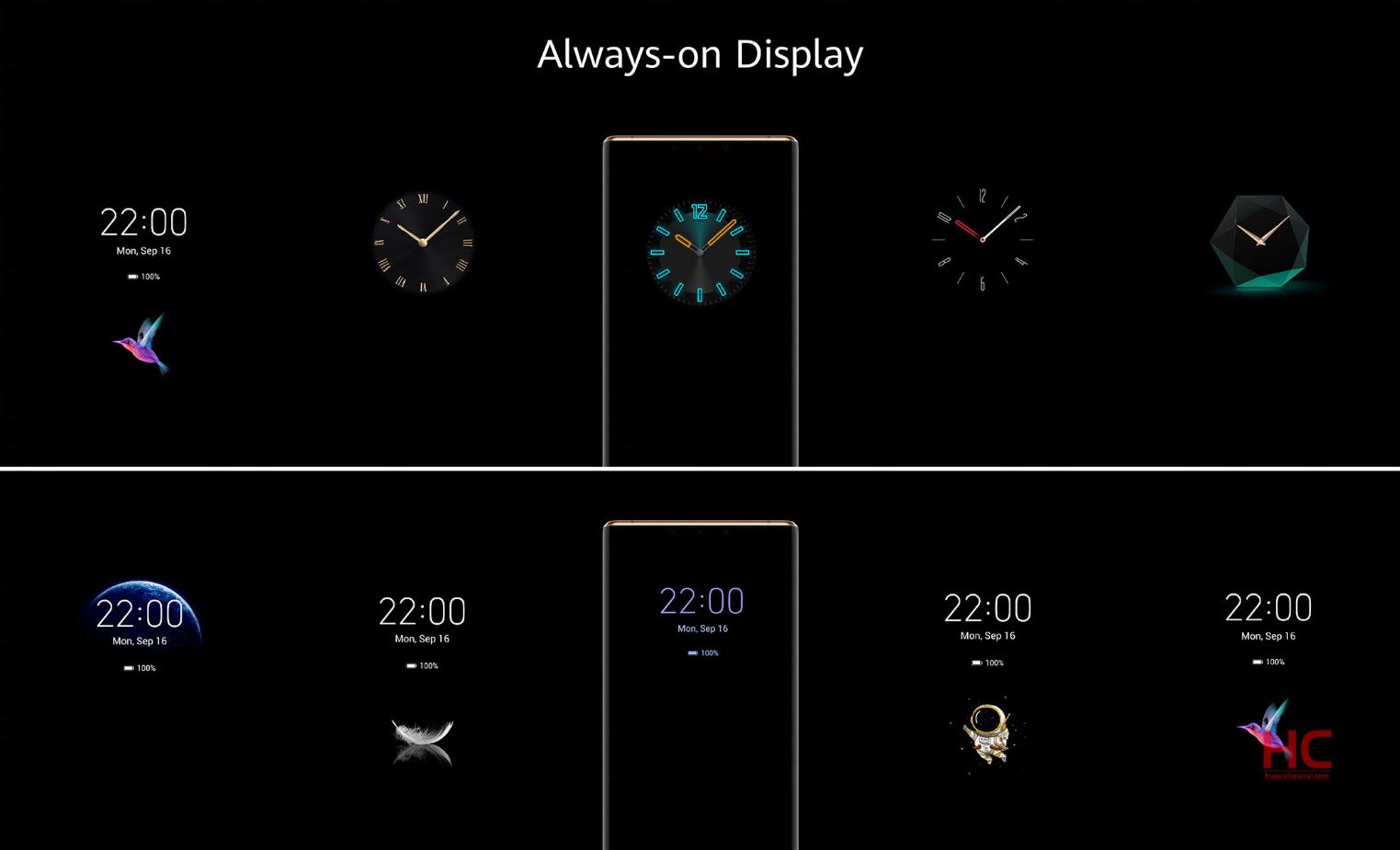 The company has promised this feature alongside the EMUI 10 but didn’t actually bring with the stable build. And now it’s clear that Huawei will rollout a separate update to install the colorful AOD for selected smartphones (old ones).

The AOD feature supports only the smartphones with OLED display and adopted by the following models:

According to Wang Chenglu, President of Huawei Consumer Business Software, these 8 smartphones will receive the Colorful AOD feature as soon as the first quarter of 2020. Huawei P20 Pro and other OLED display smartphones may receive this later.