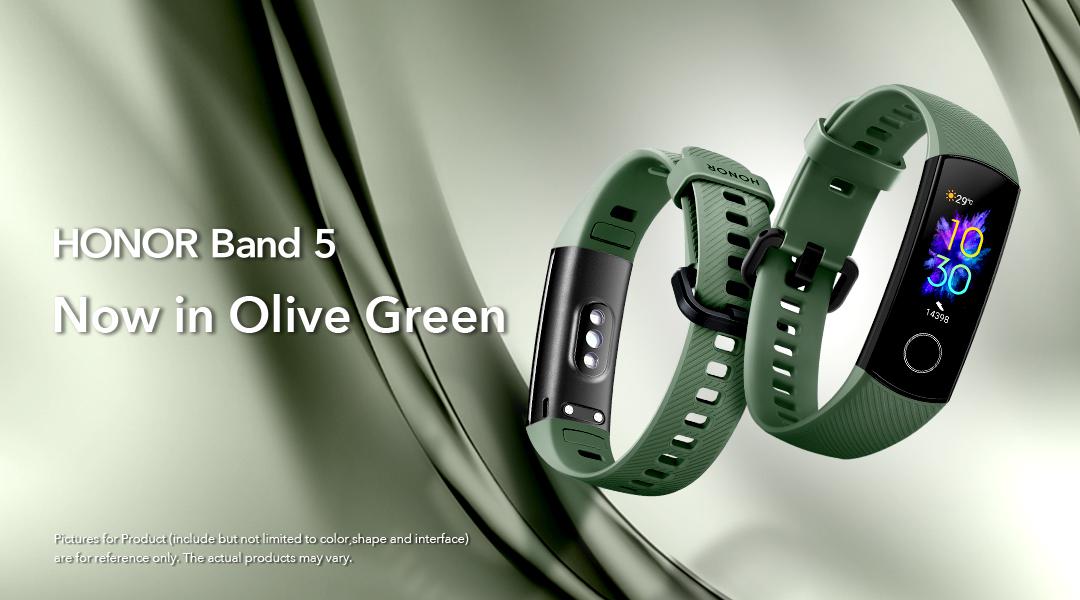 
Honor’s latest fitness band – Honor Band 5 was launched in three colors – Meteorite Black, Coral Pink, and Midnight Navy, and the Band 5 now get a new Olive Green version. However, the company is yet to reveals any information regarding the new variant.

Honor Band 5 features a 0.95-inch AMOLED colored 2.5D display with 240×120 resolution. it has a real-time heart rate monitor and fuelled by a 100mAh battery with up to 14 days of working time.

The Band 5 also has the Remote Music Control watch face that lets users perform tasks such as music volume adjustment, changing songs, pause and playback options directly on your wrist.