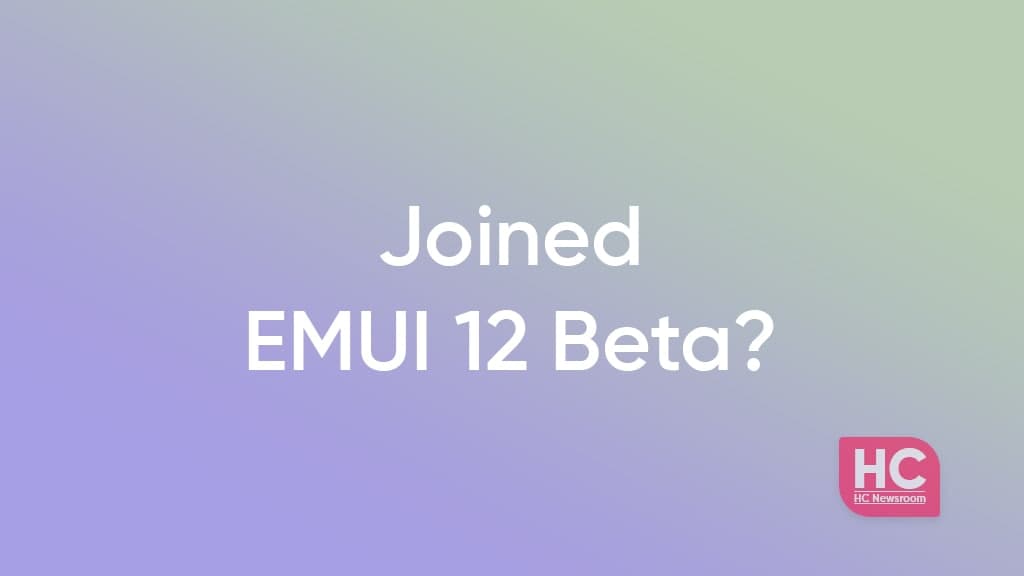 Huawei has already kicked off the testing of EMUI 12 beta for the global devices, this start has also brought an end to the long-running haul and anticipation that the consumers have been waiting for, allowing users to join the latest EMUI 12 beta program.

The latest Beta activity is opened in some of the big markets including Russia, East Asia. On the other hand, it’s reached European countries – Germany, France, Italy, Spain, and others. For now, the Beta testing program is reigning under expansion and will soon reach more markets.

Huawei has launched EMUI 12 with the latest user interface (UI) design that is lightweight and easy to navigate throughout the software. On the other hand, you’ve smart features that include the brand new Control Panel, consisting of different services and options in a single place.

Furthermore, the multi-screen collaboration features such as screen sharing have got better with the latest iteration of EMUI. Meanwhile, you will get better security improvements over the past EMUI software system.

However, not all Huawei smartphone owners can participate in the EMUI 12 beta program. Therefore, you must wait for further expansion of this software and install it on your device.

Hereafter, if you are eligible to join the EMUI 12 beta activity then follow the instructions below. To be mentioned, you have to wait after signing the beta project to receive the OTA software update.

After discussing this much about the beta. We’re here to ask you, whether you’ve joined the EMUI 12 beta? Participate in the poll linked below or comment.

Did you join EMUI 12 beta? #Huawei