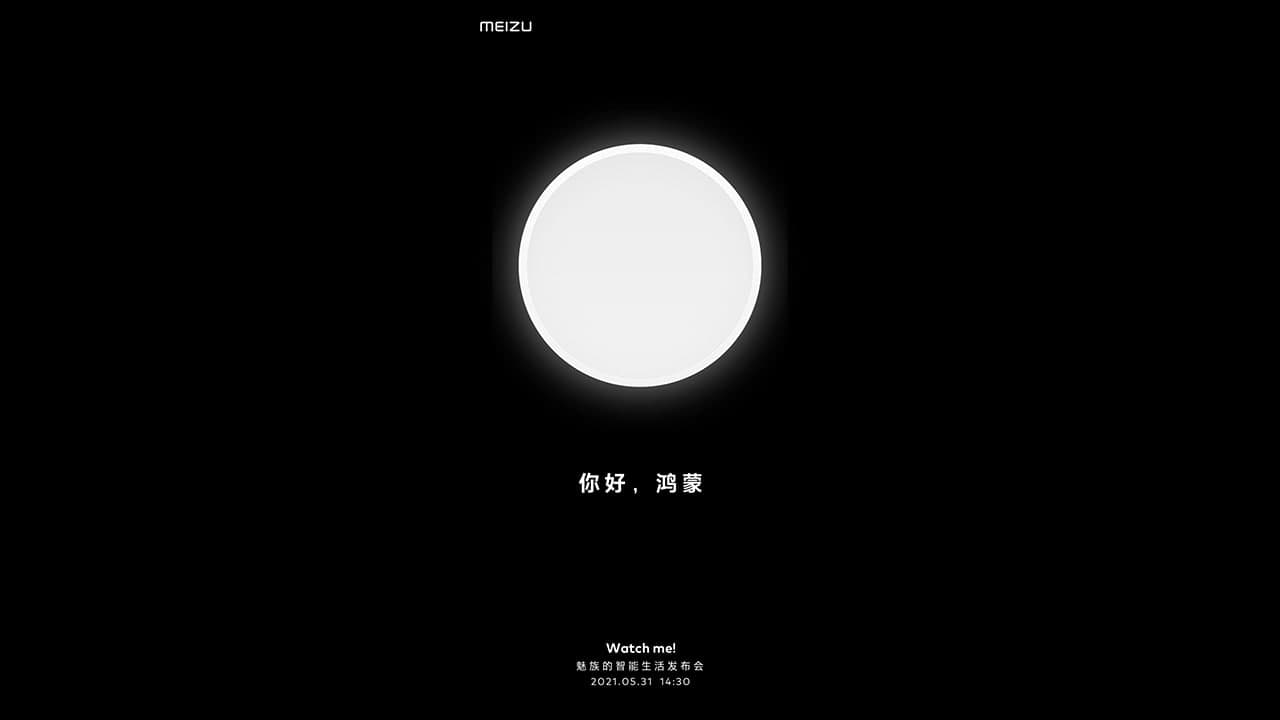 For five years, Huawei is developing its micro-kernel-based distributed operating system – HarmonyOS AKA Hongmneg OS. This software designed for all scenarios ecosystem and works among different platforms including smartphones, smart TVs, tablets, IoT as well as third-party brands devices.

After understanding the core capabilities of HarmonyOS, some of the third-party consumer products maker, such as Midea has started to use this OS ecosystem in its smart home devices. Not only smart home but smartphone makers are also on the table to negotiate with Huawei on a possible collaboration for this open-source software.

In the latest edition of HarmonyOS supported devices, Meizu has officially released a promo poster of its upcoming IoT device with a large circular shape with glowing lights all around. From its appearance, we can recognize it as a smart lighting bulb or lamp that will unveil on May 31, 2021, at 14:30 (China time).

Most importantly, the promo poster and the announcement of the launch of their product clearly mention, “Hello, Hongmeng! Embrace the intelligent life of the whole scene together.” It means that the upcoming smart bulb or lamp will debut as a new member of the HarmonyOS family. 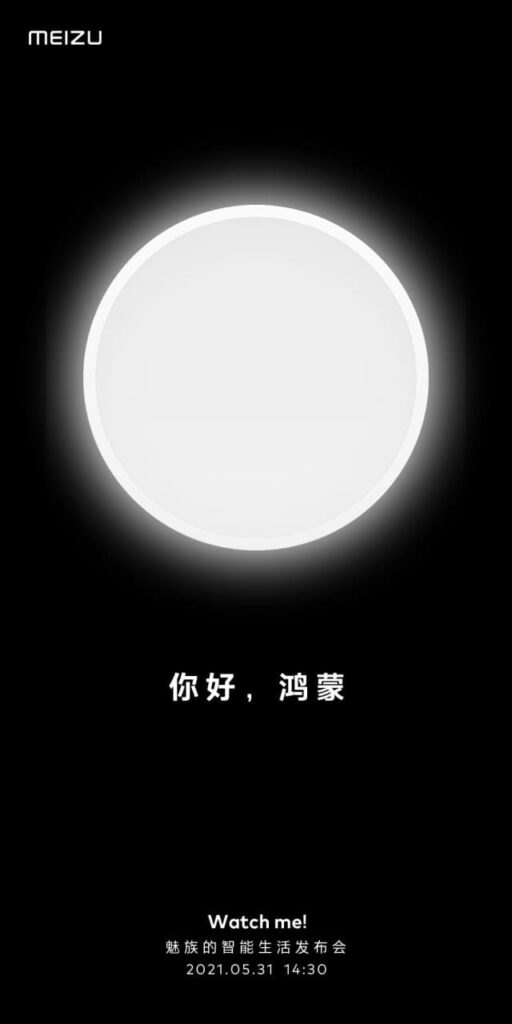 According to the information, Meizu will join hands with Huawei and equip its IoT devices with the HarmonyOS. This collaboration will be good for both companies and will grow the HarmonyOS ecosystem.

Recently, a tipster suggests that Meizu’s Lipro lighting will the first device powered by HarmonyOS. On the other hand, the company could be the first among other Chinese mobile phone manufacturers to officially join Huawei HarmonyOS in smartphones but nothing is officially confirmed at the moment.

Could Meizu use HarmonyOS in its smartphones?

Currently, the Meizu phones come with pre-installed Flyme software skin based on Android OS. If the company has started to enter the HarmonyOS ecosystem then it’s a big possibility that it can shift over to HarmonyOS in the near future for smartphones and smartwatches.

Previously report reveals that Meizu, a Chinese smartphone-making firm will be using HMS core in its smartphones, which lies under Huawei Mobile Service and could be the founding stone of Chinese phone makers adopting Huawei’s own software services.

Huawei HarmonyOS is an open-source operating system and also welcoming the other third-party smartphone and IoT device makers, which are willing to install the HarmonyOS on their products.

Most of Midea smart products will feature HarmonyOS, ecosystem is growing