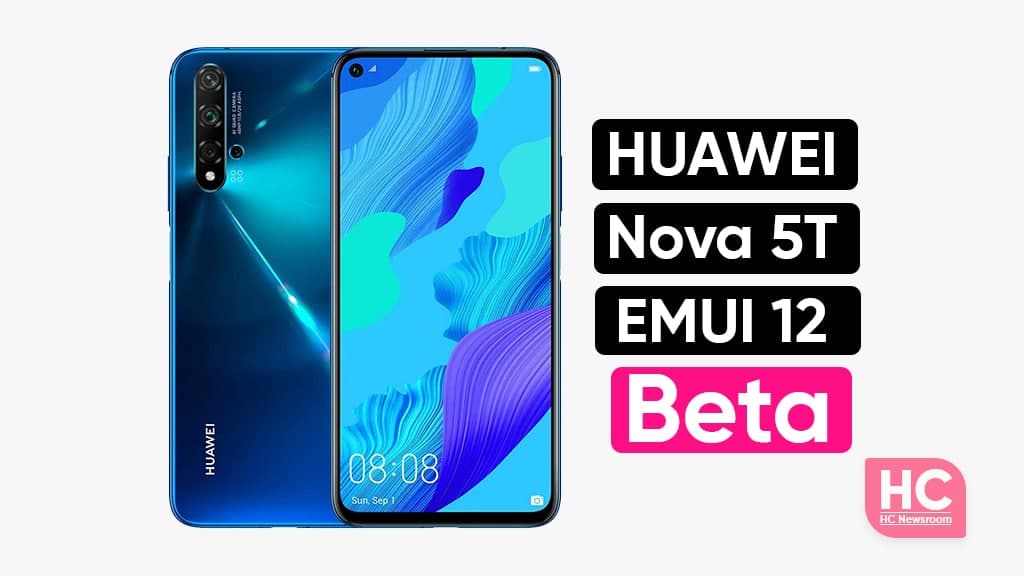 The first Huawei Nova 5T EMUI 12 beta rollout is confirmed with EMUI version 12.0.0.120 and a package size of 1.96 gigabytes. However, the latest software update may bring a new EMUI version and the update package size may also vary.

According to the changelog, EMUI 12 for Huawei Nova 5T introduces a new intuitive interface, a multi-device control panel, and intelligent distributed capabilities for a better smart collaboration experience.

Currently, the beta build is only for the Nova 5T users that have participated in the FUT beta program. However, it’ll expand further once the software testing concludes.

The new list of changes is big and the user interface makes it, even more, better to operate. Meanwhile, the Huawei Nova 5T consumers are running their devices on EMUI 11 software based on Android 10. On the other side, there’s no confirmation about the base of EMUI 12.

Thanks to the tipster for sending this wonderful tip and enabling us to share this news with our readers.

If you’ve participated in the beta activity, go to the Settings menu, click on the System & updates, open Software updates, followed by “CHECK FOR UPDATES” to check the available software rollout.

If an update is available, tap on DOWNLOAD AND INSTALL. Thereafter, you can the phone aside and let the update install. The software package is big, so it may take several minutes to unpack the beta software update.

Ahead of this entire scenario, you can take a backup of important files to prevent any unwanted loss of data. It’s required for you to keep an optimum amount of battery level so the phone won’t run out of power while processing the software package.

Once installed, you should update all of the system apps to the latest version to get maximized compatibility on EMUI version 12.